Milwaukee Bucks Head Coach Mike Budenholzer responds to Drake: 'No place for fans' on the court 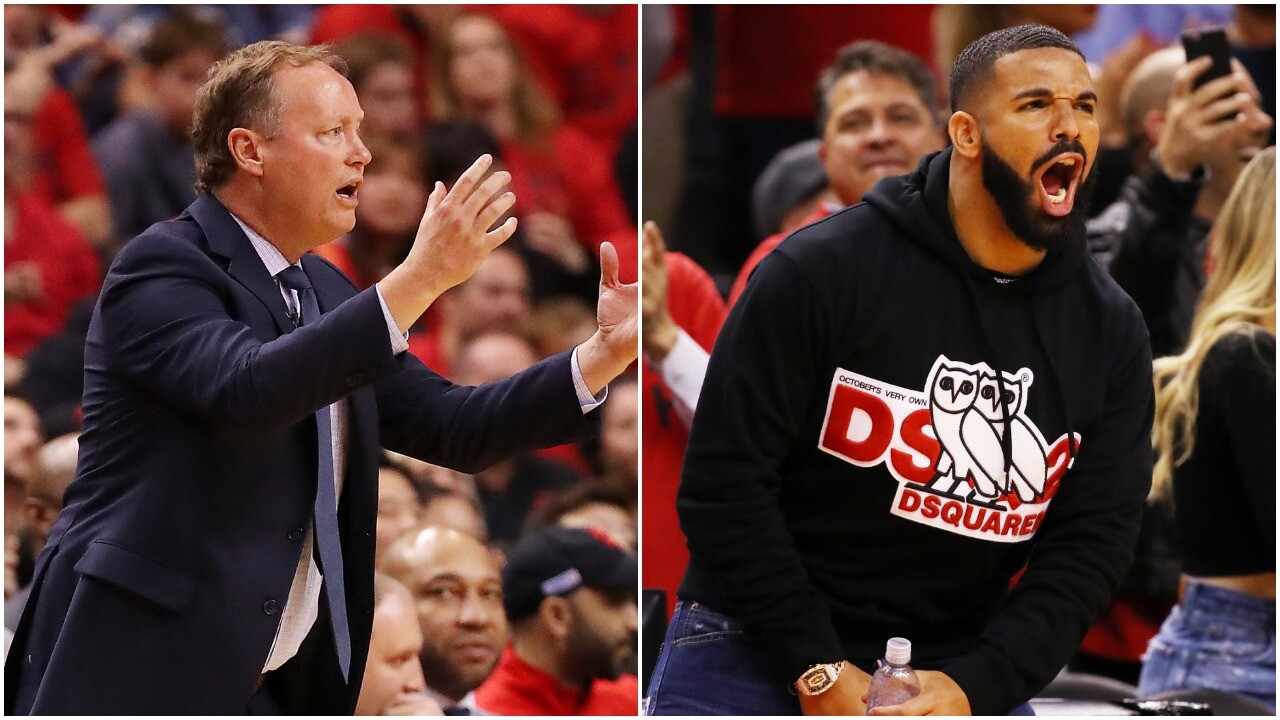 On a conference call Wednesday, Head Coach Mike Budenholzer said what many Milwaukee fans were already thinking: Drake needs to knock it off.

"There’s certainly no place for fans — or whatever Drake is for the Raptors — on the court. There’s boundaries and lines for a reason," Coach Bud said, according to ESPN's Malika Andrews.

Drake was a hot topic of conversation on today’s conference call with Mike Budenholzer. He said, in part, “There’s certainly no place for fans — or whatever Drake is for the raptors — on the court. There’s boundaries and lines for a reason.”

The four-time Grammy Award-winning rapper has been taking heat from Bucks fans for his over-the-top sideline presence ever since Game 3 of the Eastern Conference Finals, but Game 4 saw the performer, born Aubrey Drake Graham, take things to a new level, repeatedly stepping on the court and even bizarrely massaging Raptors Coach Nick Nurse during game action.

The NBA, for its part, has yet to comment on Drake's behavior, though fans and analysts have pointed out the star is in clear violation of the NBA's Fan Conduct policy. Does Drizzy's role as a 'Global Ambassador' for the team give him special privileges? We won't know unil the league chooses to comment.

So basically @Drake has violated every single code of conduct rule stated by @NBA and there he is, still allowed to continue doing the things he’s doing pic.twitter.com/A3jOvTU59M

Game 5 between the Bucks and Raptors is Thursday night at Fiserv Forum. The series is currently tied 2-2.