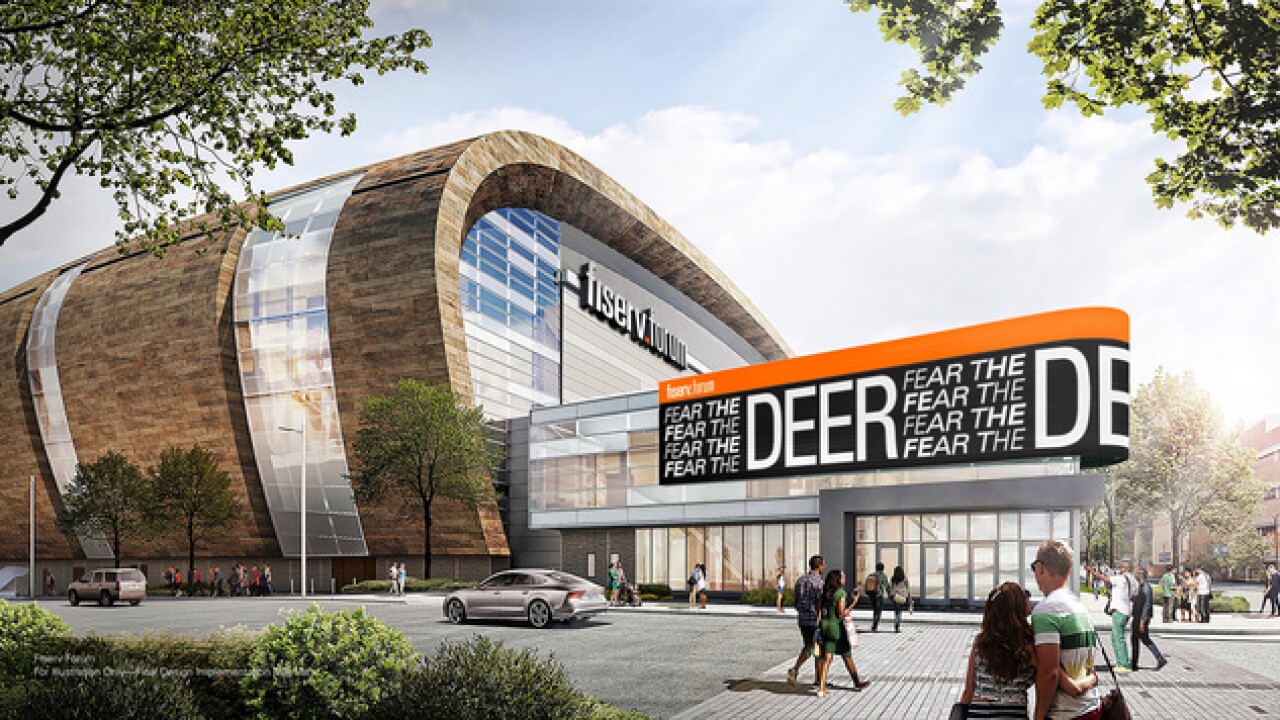 MILWAUKEE -- The new Milwaukee Bucks arena will be sponsored by Fiserv and be called Fiserv Forum, the company announced Thursday.

Fiserv has signed an exclusive naming rights agreement for the Wisconsin Entertainment and Sports Center (WESC). Financial terms of the 25-year deal have not been disclosed.

The new venue will celebrate its grand opening on August 26.

"Host to more than 200 events annually, Fiserv Forum will welcome world-renowned artists such as Justin Timberlake, Pink, Elton John, Fleetwood Mac and the Foo Fighters in its inaugural year. The Killers will headline the grand opening concert on Tuesday, Sept. 4," a news release says.

In May, Fiserv denied a report that they would eventually be named the naming rights sponsor for the new arena.

"We are not the naming rights sponsor," a spokesperson told TODAY'S TMJ4.

Fiserv is a Brookfield-based company. Founded in 1984, it employs roughly 23,000 people.