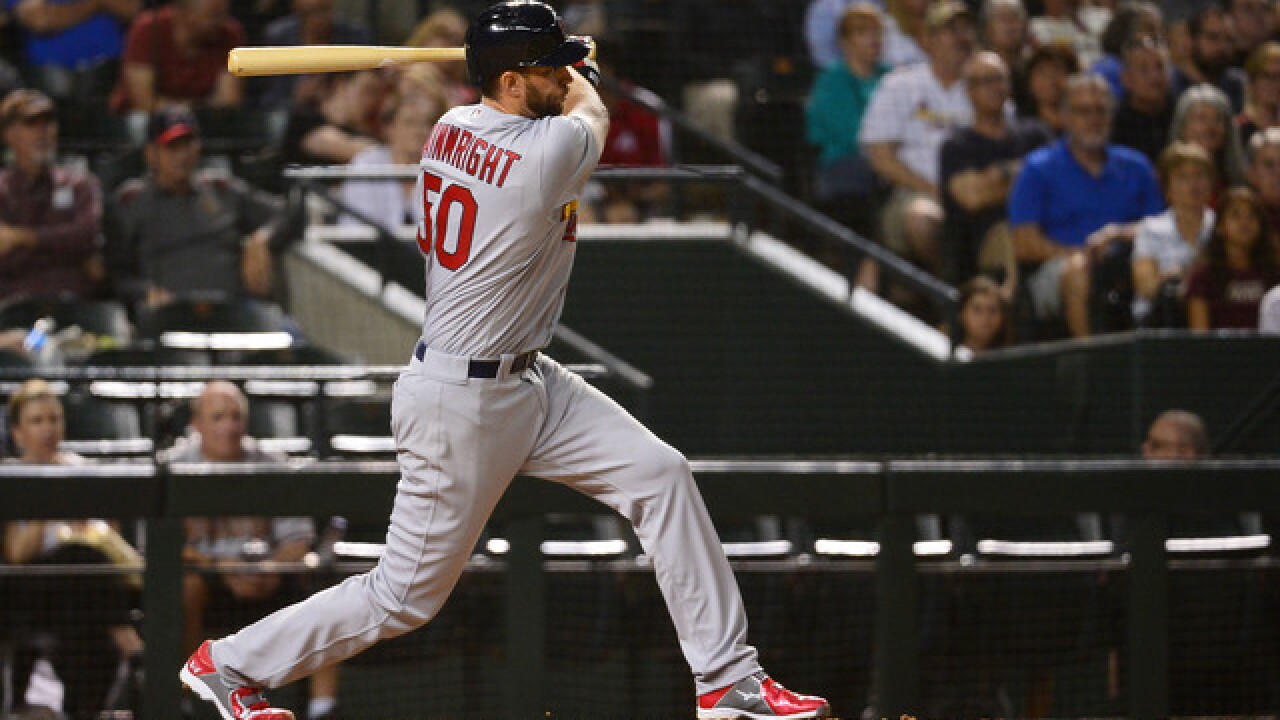 Copyright 2018 Scripps Media, Inc. All rights reserved. This material may not be published, broadcast, rewritten, or redistributed.
Jennifer Stewart
PHOENIX, ARIZONA - APRIL 27: Adam Wainwright #50 of the St. Louis Cardinals hits a three run RBI triple against the Arizona Diamondbacks during the sixth inning at Chase Field on April 27, 2016 in Phoenix, Arizona. (Photo by Jennifer Stewart/Getty Images)

Miles Mikolas last pitched in the Major Leagues with the Texas Rangers in 2014. That season, he threw 67.1 innings and ended with a 6.44 ERA.

But the tall, right-hander had no problem picking up on the tradition of Cardinal pitchers swinging for the fences against the Brewers.

Mikolas two-run blast against the Brewers in Monday's game—which was his first ever major league hit—was the first time in franchise history the Brewers allowed a home run to an opposing pitcher during their home opener.

It was also only the 23rd time in franchise history that an opposing pitcher hit a home run against the Brewers in their home park.

Strangely enough, it was also the seventh time a St. Louis Cardinal pitcher clubbed a homer against the Brewers at their home park.

30.4 percent of all pitcher home runs in the Brewers home park have come off Cardinal bats.

The first time a Cardinal hurler hit a home run against the Brewers was in 1998 when Manny Aybar hit a solo shot in the top of the second inning.

Clearly, the prevalence of Cardinal players is volume based since they share the same division, but what's odd is that no NL Central team has shared close to as much success hitting home runs with their pitchers in Milwaukee.

The Cubs only hit one, Jeff Samardzija in 2009, the Reds' David Weathers hit their only long ball in 1998, the Astros only have one off the bat of Jordan Lyles in 2012, and the Pirates pitching staff has never hit a home run off the Brewers in Milwaukee.

Another weird thing about the Brewers giving up home runs to opposing pitchers is that they seem to come in bunches.

So, Mikolas home run should be a sign of more pitcher home runs to come in 2018, and it will probably come off a Cardinal bat.

All stats via baseball-reference.com