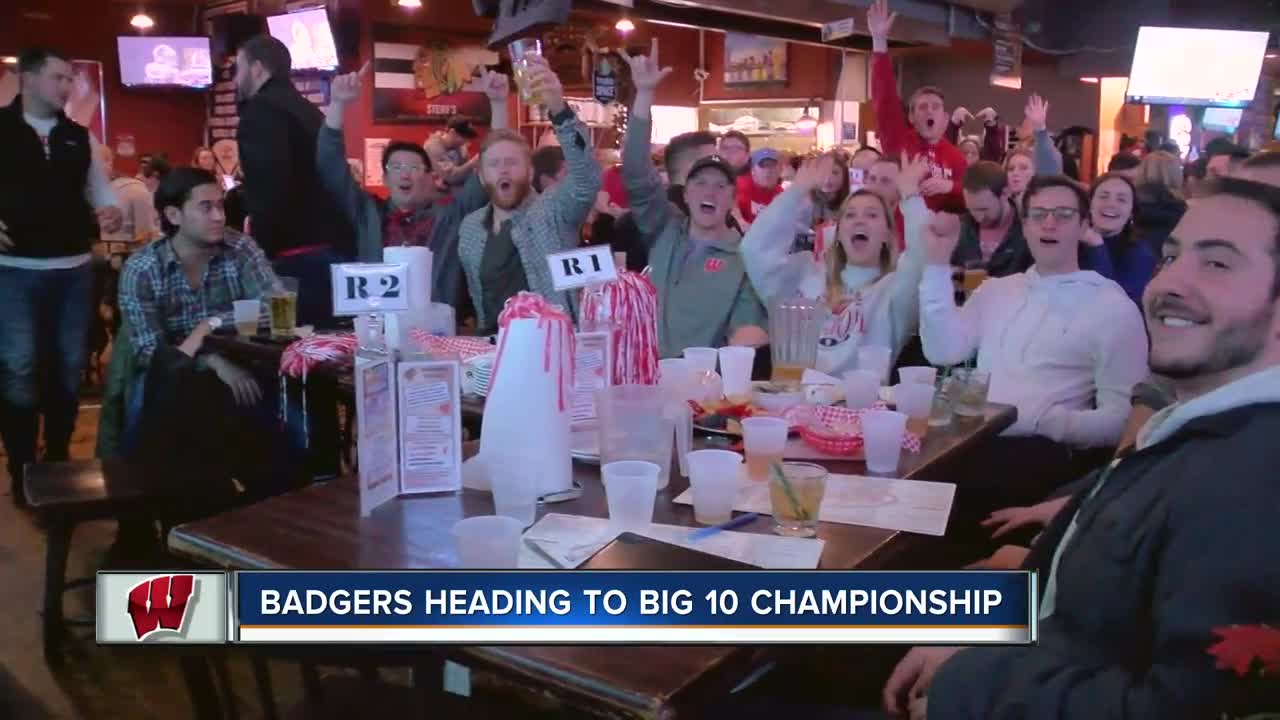 Stephanie Haines caught up with some excited fans at Steny's Tavern in Milwaukee.

Badger fans are celebrating--the Paul Bunyan Axe is back, calling for a trip to the Big Ten Championship.

Wisconsin beat the Gophers in Minneapolis on Saturday, topping off rivalry week with a chance to win again in Indianapolis. Fans couldn't contain their excitement at Steny's Tavern in Walker's Point on Saturday.

"It's actually amazing because we lost at home last year, and that was a tough loss," said Badger fan Jack Behrend, whose sister is a Gopher fan.

The Minnesota Golden Gophers went into Saturday's match up with a nine and one record.

However, many fans are skeptical that the Badgers will actually defeat the Buckeyes.

"If I'm being honest, I think Ohio State is one of the best college footabll teams ever," said Eric Natwick.

But some fans remaining are optimistic.