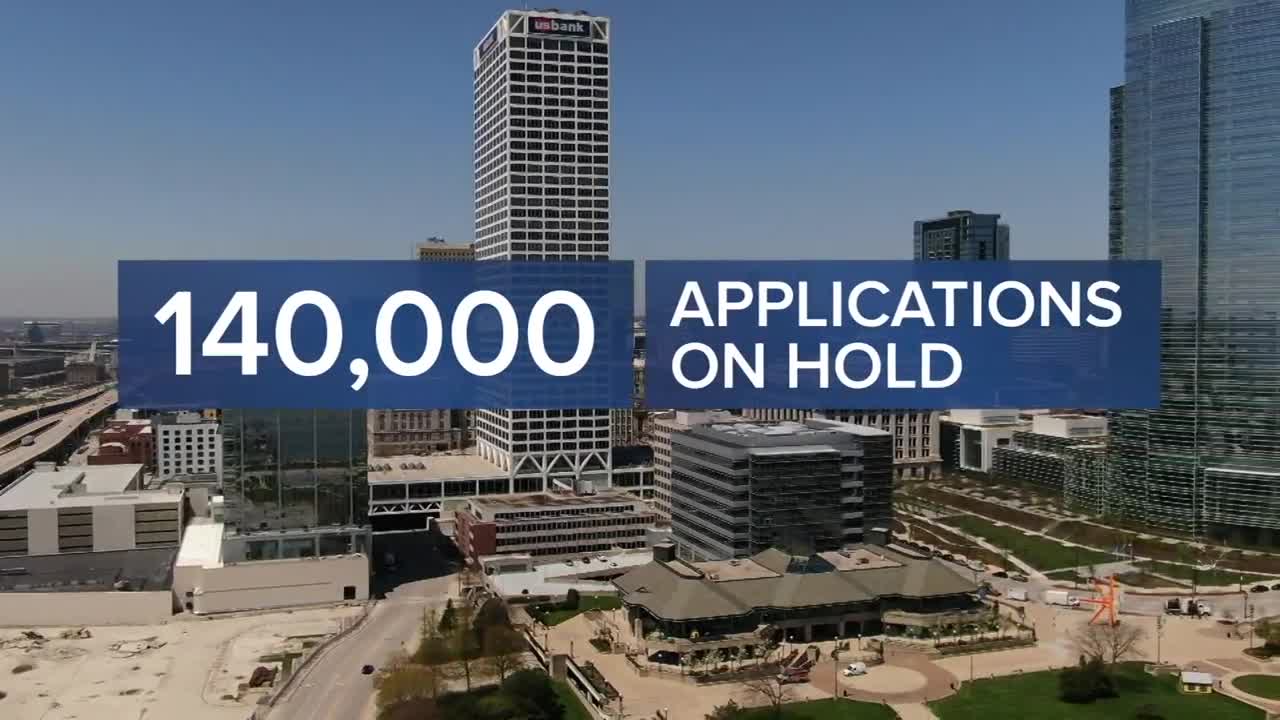 Wisconsin’s Department of Workforce Development said Wednesday that it’s currently addressing a major backlog in unemployment claims. 140,000 applications are currently on hold as their claims are being investigated.

MILWAUKEE — Wisconsin’s Department of Workforce Development said Wednesday that it’s currently addressing a major backlog in unemployment claims. 140,000 applications are currently on hold as their claims are being investigated.

DWD said up until this week, the department only had about 100 workers focusing on these application investigations, but it just opened a brand new call center and is hiring several hundred people to address this problem.

Barry Gilmore of Milwaukee said he was laid off from his job as a line cook at Harbor House on March 15. Gilmore said he immediately applied for unemployment benefits and has checked on his application’s status every day since, but he still hasn’t received a dime.

“It’s been two months, five days now,” Gilmore said. “No money, I’ve got rent to pay. I’m already $1,200 in the hole. I had left one job, but it was the same company so there was a discrepancy with that."

140,000 Wisconsinites are currently in Gilmore’s situation according to DWD Secretary Caleb Frostman who blames an unprecedented number of unemployment claims coupled with inadequate staff levels taking calls and addressing these investigations.

“We have about 100 or 125 adjudicators currently working,” Frostman said Wednesday during a virtual interview with WisconsinEye. “We’re hoping to hire a number more, probably about 100 hires. We’ve also signed a contract for an external vendor with up to 200 adjudicators at this external center.”

Frostman said more DWD workers and a new call center should address the bottleneck, but for now, he suggests everyone who’s waiting on their unemployment claim status should keep calling.

Frostman said everyone who has their application accepted will receive backpay to the date they lost their job.

DWD said it has already paid more than $1.1 billion to unemployment filers over the past two months. There are fears that the $1.9 billion left in the state’s unemployment fund could run dry by October. If that’s the case, Frostman said the state can borrow interest-free money from the federal government through the end of the year.