American hospitals are bleeding cash, many are already closing 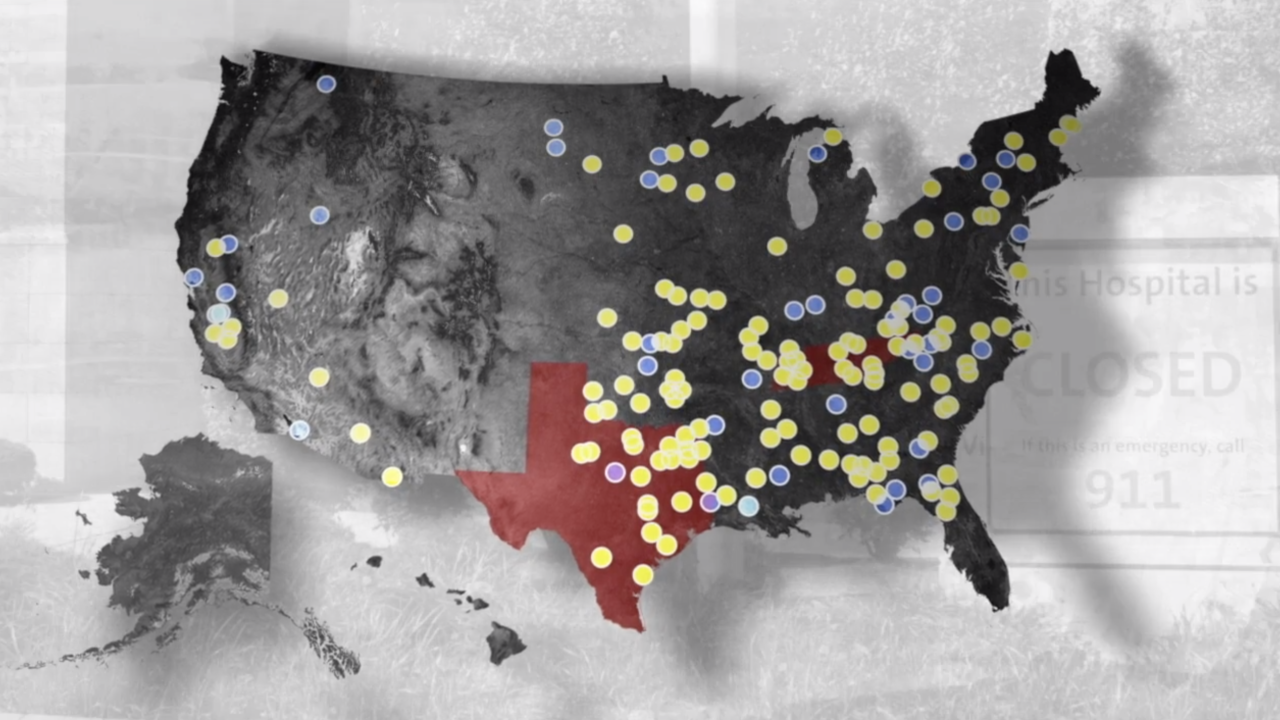 It looked down over Celina, Tennessee like a watchful eye, and for decades, Cumberland River Hospital provided a sense of security for this struggling rural county.

But now, the hospital sits empty and dark; its hallways filled with silence. The death of this county’s only hospital has thrust this place into darkness, and dozens more like it across the country are potentially about to suffer the same fate.

“We are seeing a huge divide in healthcare among Americans,” explained Johnny Presley, the owner of this small rural hospital.

Hospitals across the country are struggling now more than ever, as patients are still avoiding elective surgeries because of COVID-19. Those are the bread and butter of most hospital's bottom line.

In Celina, Tennessee, a town of about 1,400 people, the hospital also served as the county’s biggest employer. Presley spent months fighting with Medicare for reimbursement payments until he was finally forced to close the emergency room.

He’s poured $2 million of his own money into the hospital in an attempt to save its life.

“When people can’t live in the rural communities they grew up in without access to healthcare, it’s almost like you’re in a prison,” he said.

The cruel irony of a hospital closing in the middle of a pandemic is not lost on anyone who lives in this or any other rural community in America. At this hospital alone, they were able to stabilize or save more than a dozen COVID-19 patients over the past few months. Patients that now will be forced to drive more than an hour for care to the next closest emergency room.

“So, many people are going to die. They’re gonna die because they don’t get the emergency care they need,” said Stephen Headrick, who lives in Celina and has relied on this emergency room countless times over the years.

Since 2005, a staggering 174 rural hospitals have shut down nationwide. Fifteen of those closures happened this year alone, leaving a vacuum of care in their absence. Texas and Tennessee lead the nation in hospital closures.

By the end of this year, hospitals across the country are expected to lose more than $300 billion, a staggering statistic that ripples far beyond the walls of any emergency room.

When Cumberland River closed, nearly 100 doctors, nurses and staff were let go. By some estimates, 2020 may end up claiming the lives of nearly 200 more hospitals.

“To keep our hospitals open during this pandemic, the government has to intervene,” Presley explained.

With federal aid, Presley could reopen the hospital tomorrow, but so far, his pleas to politicians have gone unanswered.

“I think it’s just a travesty that this country is going through. This country is so polarized that the most basic human needs of food and healthcare are being overlooked,” he said.

Rural lifelines are on life support as American lives hang in the balance.