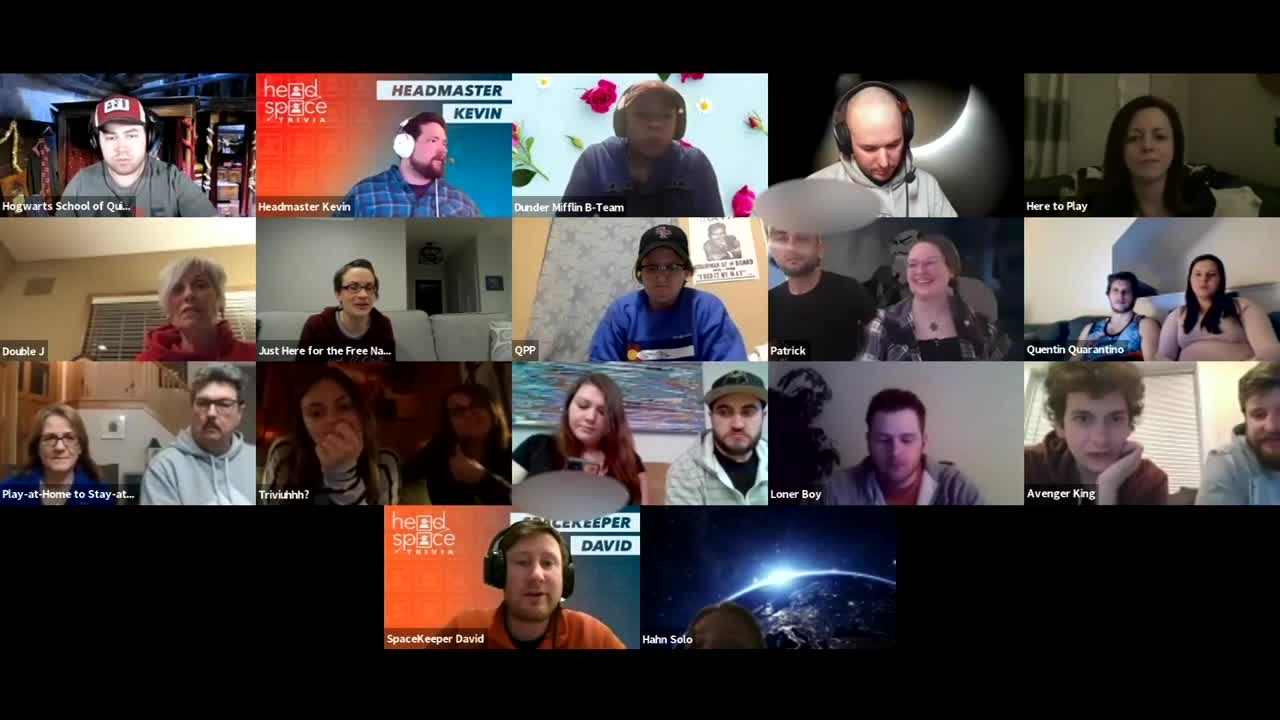 A Milwaukee small business received a loan from the Paycheck Protection Program (PPP), allowing them to creatively expand while taking care of their employees during the COVID-19 pandemic. 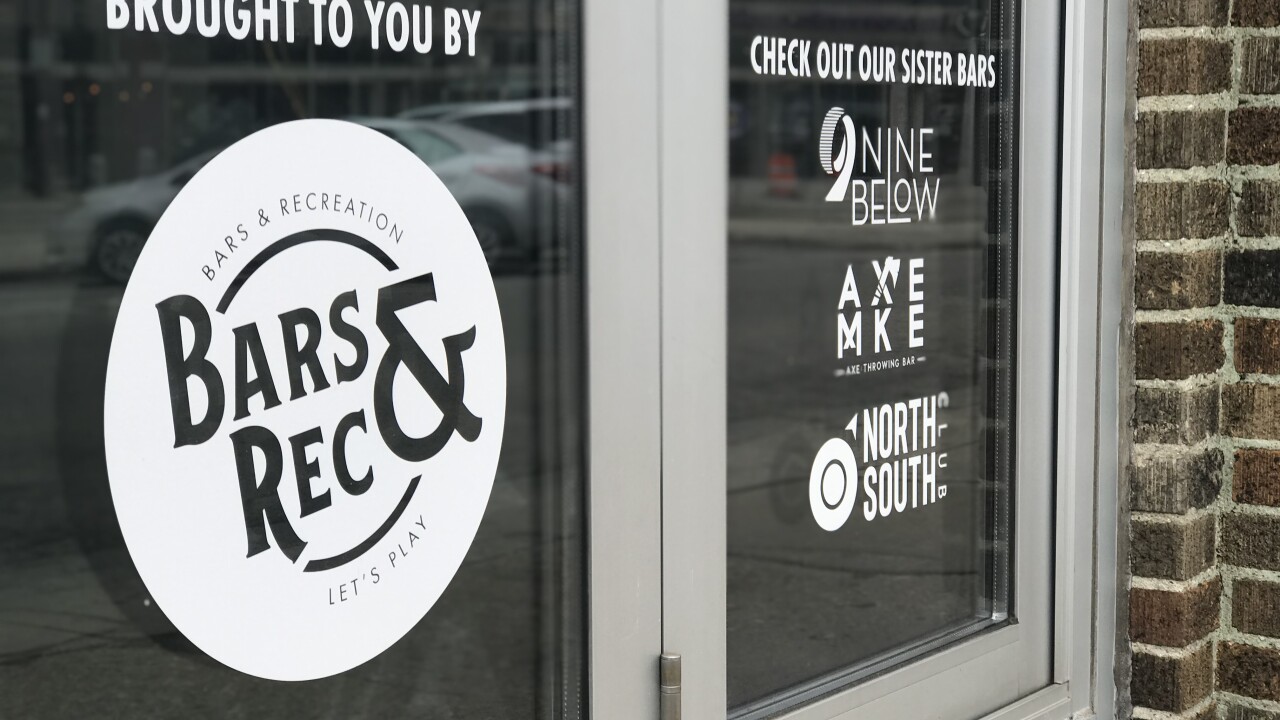 MILWAUKEE — A Milwaukee small business received a loan from the Paycheck Protection Program (PPP), allowing them to creatively expand while taking care of their employees during the COVID-19 pandemic.

Bars and Recreation owns four bars in the city; Splash Studio, 9 Below, Axe MKE and North-South Club. Their business motto is "Let's play, Milwaukee." However, because of the closures, they haven't been able to do that.

"We do axe throwing, we do mini-golf," Marla Poytinger, president of Bars and Recreation said. "How can we bring this to people where they are? We had to reinvent the wheel with Head Space Trivia."

Head Space Trivia uses Zoom as a platform to allow dozens of users to participate virtually in a bar-trivia style game. There is a trivia host (the Head Master) and an assistant of sorts (the Spacekeeper). Users see questions on the screen and answer them on their phones. They also include mini-games like, showing the Head Master a flower for extra points.

It's a way for employees throughout the Bars and Recreation system to do what they do best and be creative. All while being able to earn a paycheck. But it's more than money for them.

"As an experienced based company, your employees need to be happy and having fun and care about more than just their paycheck," Poytinger said. "Then they can bring that energy to the customers and make sure customers are having fun and feeling comfortable after a long day at work."

Poytinger's efforts to keep her employees happy goes far beyond getting them back to work. In early March, before the governor's Stay at Home order was in effect, Poytinger and her husband took drastic steps to take care of the employees.

"We took out a line of credit on our house," Poytinger said. "We paid everybody, all of their scheduled hours, estimated tips, health benefit premiums. Everything they would normally get, they had for several weeks after the shut down."

"I knew going into it, they would kind of care for us," Leigh Hodge, Assistant GM at North-South Club said. "They tried to keep us on as long as they could."

However, without customers coming into their venues, it wasn't sustainable. Poytinger says rather than layoff the employees, they decided to furlough them. That way, the employees knew they'd have a place to come back to when things got figured out.

Poytinger didn't stop there. She started the application process for the Paycheck Protection Program. The program offers forgivable loans to small businesses to keep them afloat during these unprecedented times. They need to take copious notes on where the money is going, but after eight weeks, if the money is used properly, they'll only be responsible for paying back one percent interest on the loan.

"We had the application in pretty much the minute it opened," Poytinger said. "We were funded [this week] and that was really the moment we were like, we have the framework for Head Space, we need the manpower to operate it."

"It's definitely not free money," Poytinger said. "All of it is going to pay employees and pay my landlords who have been patiently waiting. It's certainly better than the alternative, zero dollars coming in every day. Which I've looked at every day since March 15."

Poytinger's advice for small business owners looking to apply for the PPP loans, use a small bank if possible.

"Connect with a real human being, ideally at a small bank," Poytinger said. "Somewhere you can really have customized support about what they'll ask for for your individual situation."

Poytinger does the financials for the business, so she was very organized.

"I have probably 100 files in a document called Potential PPP Loan reports," Poytinger said. "That day alone, the application took me several hours. Once I saw exactly what they wanted, I had to get it organized. Then, I sent it off to my banker and was texting with him until 4:00 a.m., making sure he had all the documents he needed and we'd be in the queue to hopefully get approved."

It is intimidating, but Poytinger says it's important to stay focused. She says, having a small bank allowed her to have access to her banker directly, at all hours. Having that established relationship was huge.

"Try not to get too bogged down by the unknown," Poytinger says. "The best thing you can do is be honest. Use information you have and fill it out the best you can."

Now, Poytinger has at least eight more weeks she knows she can pay her employees. All the while, this difficult situation forced them to get creative. Now, they may have a revenue stream that lasts long after the pandemic is over.

"We will be stronger," Poytinger said. "We have a fifth element to our business and we may need to hire new people at that point."

These times have been difficult for a lot of people. Over 400,000 people in Wisconsin have filed for unemployment. However, Hodge is grateful she only had to worry about it for a few weeks before getting back on her feet.

"Dave and Marla have handled it beautifully," Hodge said. "I'm very lucky to work for people who just care. You can see it. It's not just, oh we're saying we care. They're putting in the work and fighting for us, applying for these loans and doing what they can."

Bars and Recreation is rebounding with the help of the PPP loan, but it's having ripple effects. Not only is Marla able to pay the rent, she's able to get nearly 50 people back to work and then giving hundreds of people something to get their minds off of Coronavirus through Head Space Trivia.

"What makes it unique from other platforms, is this component of social engagement," Poytinger said. "You can see other people, interact with them, play mini-games that get you to move around and compete with other people in the game room. It's all facilitated by a headmaster who will be one of our employees we've brought back from furlough. All of this in order to host games, interact with people, banter and have fun."