Criminalizing 1st-time DUIs is a tough sell in Wisconsin 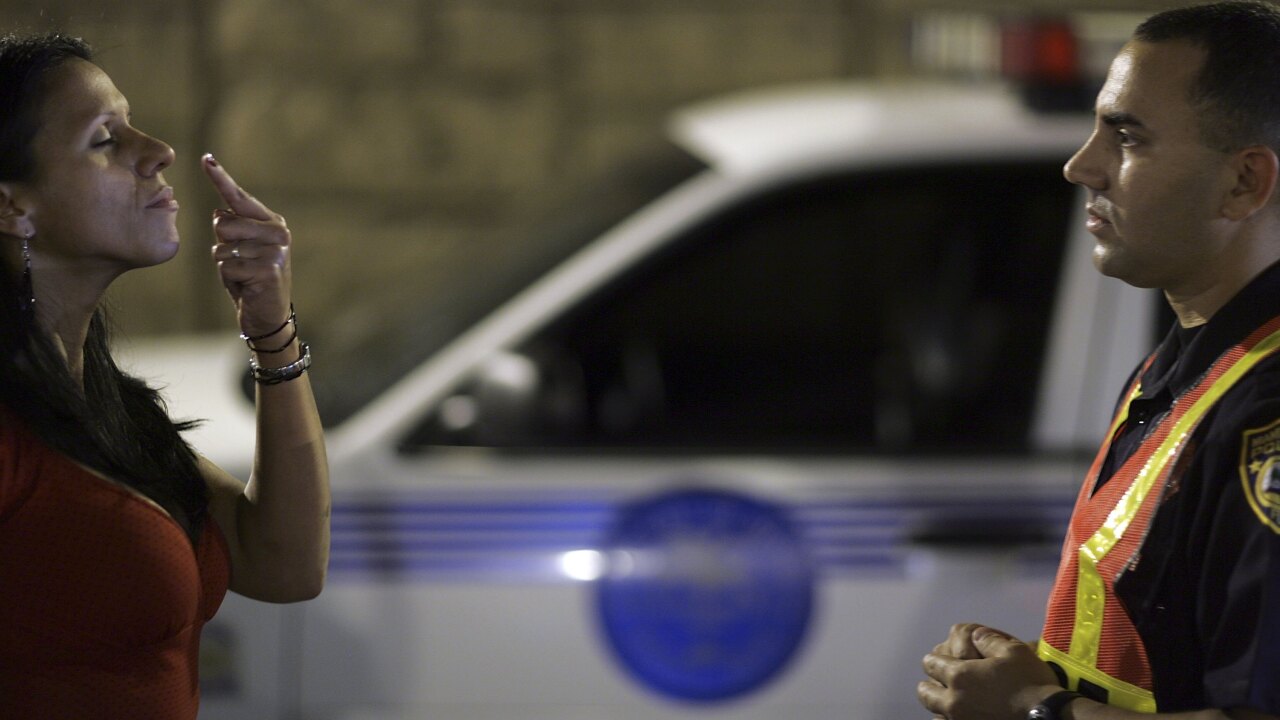 Joe Raedle/Getty Images
MIAMI - DECEMBER 15: Officer Kevin Millan from the City of Miami Beach police department conducts a field sobriety test at a DUI traffic checkpoint December 15, 2006 in Miami, Florida. According to police, the woman failed a breathalyzer test by blowing into the device and receiving two readings one at .190 the other .183, which is twice the legal limit in Florida. The city of Miami, with the help of other police departments, will be conducting saturation patrols and setting up checkpoints during the holiday period looking to apprehend drivers for impaired driving and other traffic violations. (Photo by Joe Raedle/Getty Images)

MADISON, Wis. (AP) -- With a new Democratic ally in the governor's office, a handful of Republican lawmakers are pushing for Wisconsin to join the rest of the country and criminalize first-offense drunken driving.

On paper it might look like a can't-miss bipartisan initiative, but it's not that easy in a state where beer is so much a part of the culture that the major league baseball team is called the Brewers. Powerful Republican opponents are already lining up against the idea, calling it impractical and too expensive.

"We want to feel like we're really being strict on drunk drivers," said Republican state Sen. Van Wanggaard, chairman of the Senate judiciary committee and an opponent of criminalizing first offense. "But it's not about punishing that person that made that poor choice. It's about directing them to make good choices."

Wisconsin's love affair with booze dates to statehood. Milwaukee has served as home to some of the country's biggest brewers, including Pabst, Schlitz, Miller and Blatz. The Princeton Review in 2017 rated the University of Wisconsin-Madison as the school with the most beer. And last year the U.S. Centers for Disease Control released a survey in which one in four Wisconsin respondents reported binge-drinking at least once in the past month, the second-highest rate among the states behind only North Dakota.

Along with all the drinking has come carnage on the roads. The state ranks 20th in population but has landed among the top 15 states for drunken-driving arrests every year from 2005 through 2017, according to the latest statistics compiled by Mothers Against Drunk Drivers. From 2005 through 2009 the state ranked in the top 10 for DUI arrests.

In 2015 alone, nearly 200 people were killed and an additional 2,900 were injured in alcohol-related crashes in the state, according to the latest state Department of Transportation data.

At a time when some states have talked about lowering their DUI limit -- Utah just set its threshold at a nation-low of 0.05 percent blood alcohol content -- Wisconsin remains the only state in the nation that treats a first offense as a civil violation akin to a speeding ticket rather than a crime.

For years, Republican state Rep. Jim Ott and Sen. Alberta Darling have been proposing legislation aimed at drunken driving. Ott has been on a decadelong quest after a drunken driver killed constituent Judy Jenkins' pregnant daughter and 10-year-old granddaughter in 2008. Ott promised her he would do everything he could to crack down on drunken driving.

The Assembly overwhelmingly passed their 2013 proposal to make a first offense a misdemeanor, but the Senate did nothing with it. The powerful Tavern League of Wisconsin was officially neutral on the bill, but state agencies estimated it would cost more than $5 million to hire enough prosecutors and public defenders to handle the influx of new court cases.

Enter newly elected Democratic Gov. Tony Evers. He made waves during his campaign when he said he's open to criminalizing first offenses. He repeated it days before his inauguration.

"We have to find ways to make that first offense more meaningful to the offenders so they don't offend again or don't offend the first time," Evers said. "Whether that's making it a felony or not, I'm not sure."

The next day, Ott and Darling reintroduced their measure to make a first offense a misdemeanor. They tweaked it so offenders could seek expungement if they avoid a second offense for five years.

Even with Evers in their corner, the measure appears doomed.

"It would take legislative leadership to change their mindset on criminalizing first offense," said Frank Harris, MADD's director of state government affairs. "It depends on if the tavern league would allow them to do it."

Scott Stenger, the league's chief lobbyist, didn't return messages. Wanggard, chairman of the Senate judiciary committee, called the bill a non-starter. Criminalizing a first offense would saddle people with a criminal record that could affect their job prospects for five years, he said.

"Do we want to destroy people's lives with a notation on their record that's going to keep their opportunities down to nothing because they made one mistake?" Wanggaard, a former police officer, said.

"We've got to try," he said. "We just keeping seeing these terrible situations (on the roads). This just keeps going on. All we can do is put the legislation out there and do the best we can to get it passed. It at least opens up the discussion."