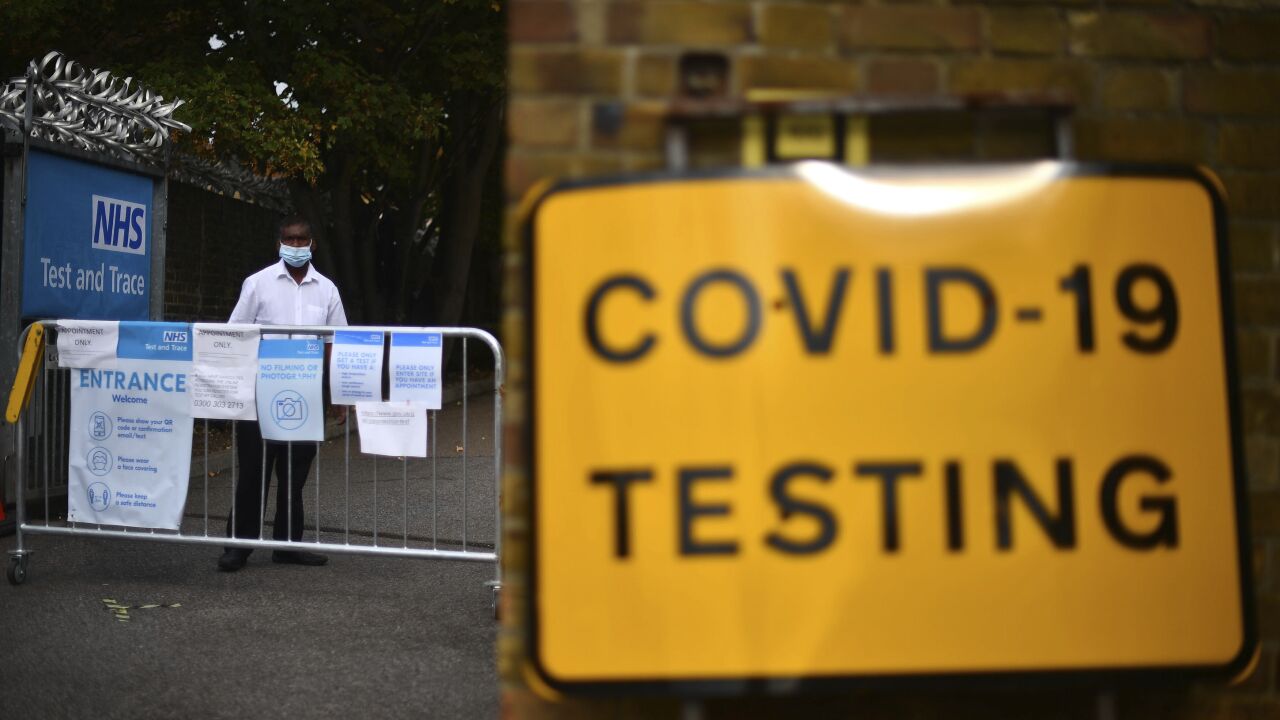 Victoria Jones/AP
A member of staff stands at the entrance to a coronavirus testing centre in Newham, east London, Wednesday, Sept. 16, 2020. (Victoria Jones/PA via AP)

LONDON (AP) — Britain’s chief medical officers have raised the nation’s official COVID-19 alert level, meaning the virus is in general circulation and the transmission is high.

They say they are acting on the advice of the Joint Biosecurity Center and raising the level from three to four, the second-highest level.

Chief Scientific Officer Patrick Vallance warned that without further action, the U.K. could see 50,000 new coronavirus cases a day by mid-October, the BBC reports. He said that would likely lead to about 200 deaths per day.

Chief Medical Officer Chris Whitty said infection rates are rising among all of the nation’s age groups and said it’s not acceptable for people to ignore health guidelines to engage in risky activity.

British Prime Minister Boris Johnson is expected to announce further curbs Tuesday to slow the spread of the virus.

Britain already has the worst virus death toll in Europe.