Wisconsin residents are making the best of the early cold weather 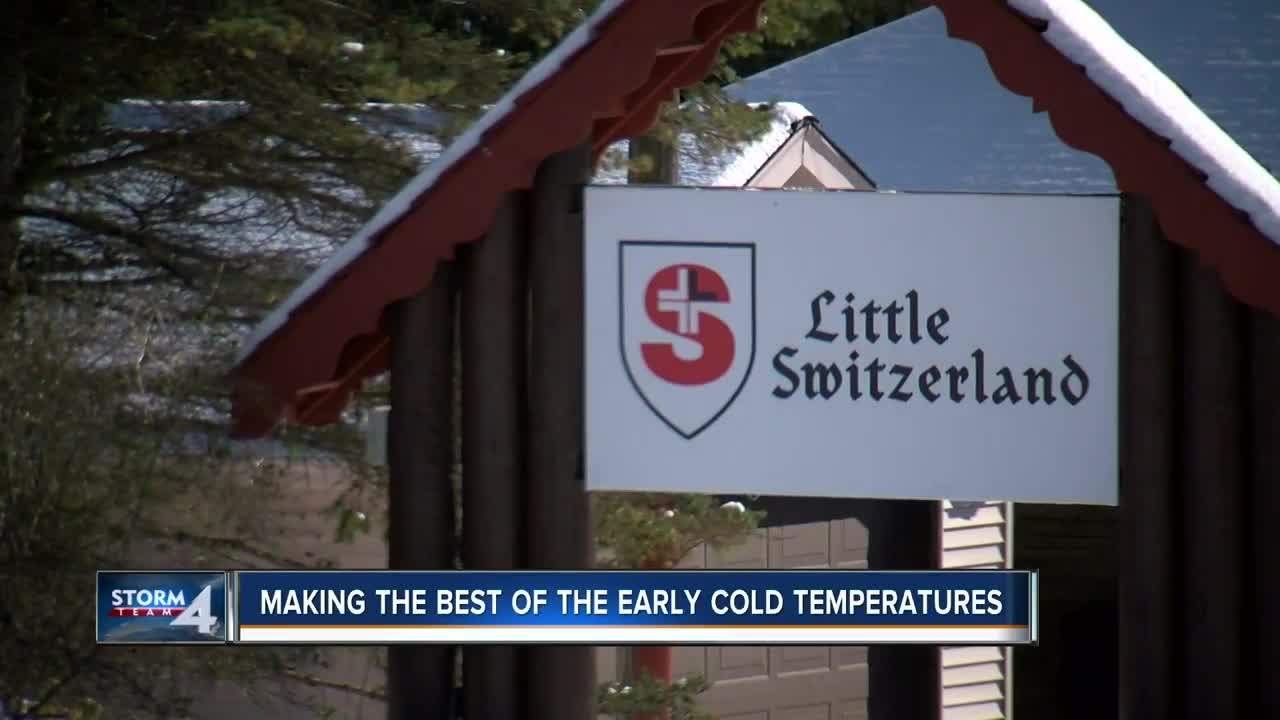 Residents around the state are making the best of the early cold temperatures.

SLINGER — It's the first week of November but the temperatures are already feeling like it's December. At the Wisconsin Interscholastic Athletic Association Soccer game, parents and grandparents bundled up in layers as they tried to stay warm.

"This is actually better then some of the weather we sat in this year so quite frankly it’s great," said parent Danielle Hildebrandt.

Over at Little Switzerland Ski Hill in Slinger, the owners are benefiting from the cold. The frigid temperatures are allowing them to open early this season. This is the earliest opening day since they opened the attraction in the 1940's.

"In order to make snow we need the cold temperatures and we have had an extremely cold November," said ski area co owner, Mike Schmitz.

"The colder it gets, the more snow we can make. Obviously with these really cold temperatures we are making a ton of snow," Schmitz said.

Along with getting the hills ready, crews are also working on on preparing the gift shop and and renovating the restaurant before welcoming guests.

The opening day for Little Switzerland Ski Area will be Saturday at 10:00 a.m.