TMJ4 MACC*Star designer nears the end of her cancer treatment 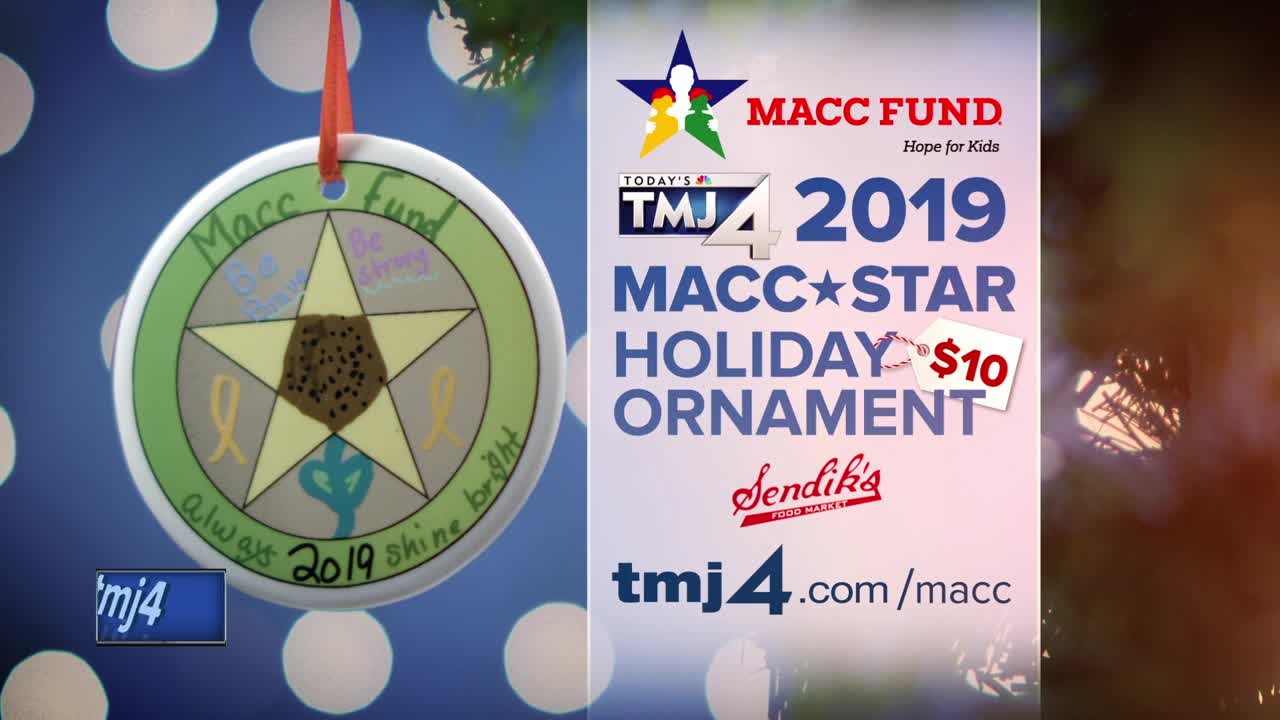 The story behind the sunflower design. The TODAY'S TMJ4 MACC Star holiday ornament is on sale. MORE: tmj4.com/macc

HARTLAND — The new TODAY'S TMJ4 MACC Star is officially on sale, available in stores and online. This year's designer is 9-year-old Harlow Millies of Hartland.

While kids don't always know when something might be wrong with their health, chances are their parents do.

"There were a couple of weeks where she was having these low-grade fevers that just wouldn't go away and some bruising that was kind of prominent so it was like, uh, those aren't right," said Nora Millies, Harlow's mom.

In August 2017, Nora and her Husband took Harlow to the hospital after she started having some unusual symptoms. After completing testing, doctors quickly diagnosed her with a version of Acute Lymphoblastic Leukemia. Now, nearly two and a half years later, beads of courage show Harlow's journey. Each bead signifies a milestone such as a chemo treatment or a hospital stay.

However throughout her battle with Leukemia, Harlow has had someone else on her mind.

"My mom's cousin passed away when I was diagnosed," said Harlow.

That cousin happened to love sunflowers, inspiring Harlow to incorporates one into almost everything she draws. Including the new TODAY'S TMJ4 MACC Star.

Harlow loves spending time with her mom, dad and two younger sisters. She also enjoys reading and listening to music in a newly designed bedroom by Special Spaces, a company that provides children with a "special space" to heal, recover and find peace. While battling cancer is something that no child should experience, each milestone is considered a celebration and an inspiration.

Harlow is expected to ring the bell at Children's Wisconsin to signify the end of her treatment soon.

The TODAY'S TMJ4 MACC Star costs $10 and can be purchased at Sendik's Food Markets and on the MACC Fund's website . Every penny goes toward research to find cures for childhood cancers and related blood disorders.

For more information on the MACC Fund, click here .