"What else do we do but pray?" Leaders call for change at vigil for Molson Coors victims 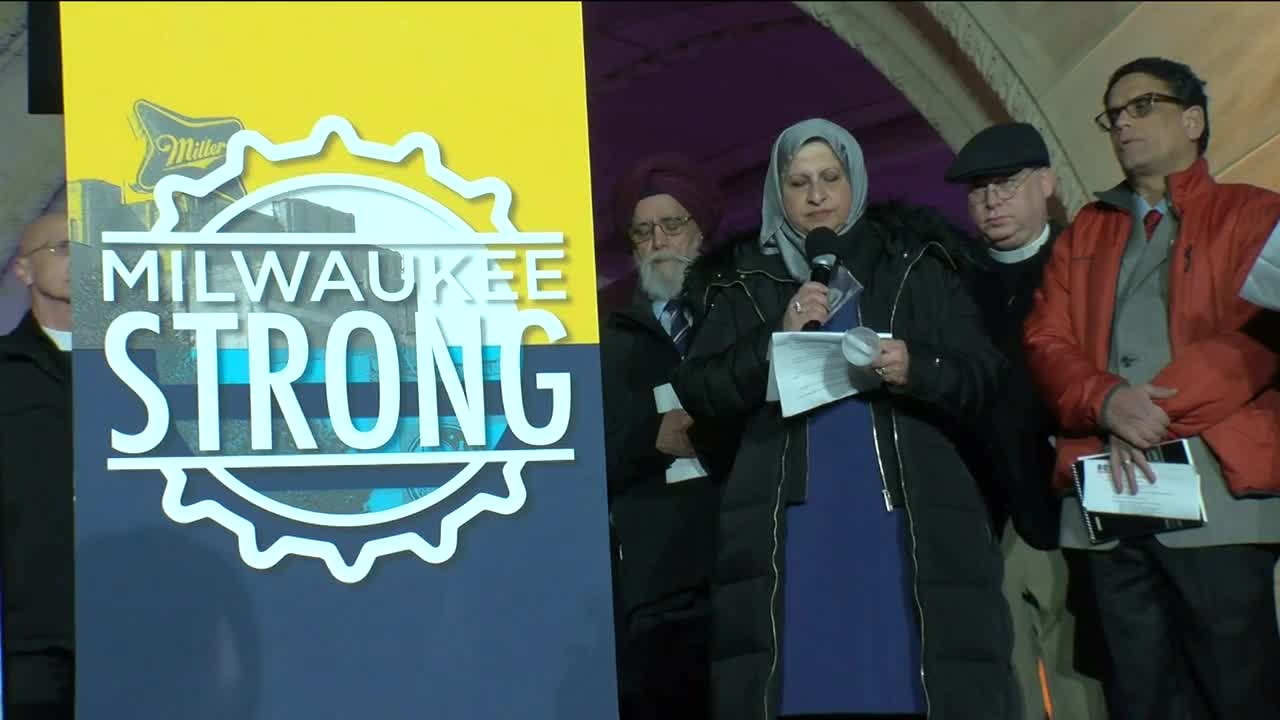 The day before Molson Coors employees are set to return to work, a large crowd gathered at Milwaukee City Hall on Sunday to hear state, local and religious leaders memorialize the victims of the mass shooting at the campus.

MILWAUKEE-- The day before Molson Coors employees are set to return to work, a large crowd gathered at City Hall on Sunday to hear community leaders call for change in wake of the mass shooting at the campus.

Rev. Joseph Jackson is still trying to process the tragedy. Jackson's son works at Molson Coors, and says he had just arrived for second shift when he tragically saw the bodies of his coworkers. After hearing the news, Jackson rushed to the campus to reunite with his son.

"I don't cry often, I cry on the inside," Jackson said. "It just brought tears."

Jackson is the pastor of Friendship Baptist Church on North Avenue, making him understand the healing power of faith. That's what drew him to Sunday night's vigil where speakers offered messages of hope. But many demanded that the violence must be stopped.

That's a message Pardeep Kaleka has been working towards ever since he lost his father in the Oak Creek Sikh Temple shooting in 2012.

"We have a responsibility to reach out look at someone and have them know you see them," Kaleka said.

For some, that change starts with instilling compassion in young kids. Kelly Coleman took her five-year-old grandson, Noel, to the vigil.

"I want him to see how people come together and how they react to the tragedies that’s going on in our city," Coleman said.

It's a message the Reverend will take going forward.

"Just being a representative of the faith community and continue to address the question of what else do we do besides pray?" Jackson said.

A Molson Coors employee said that they expect Monday to be a transition period, not expecting full production to resume just yet.