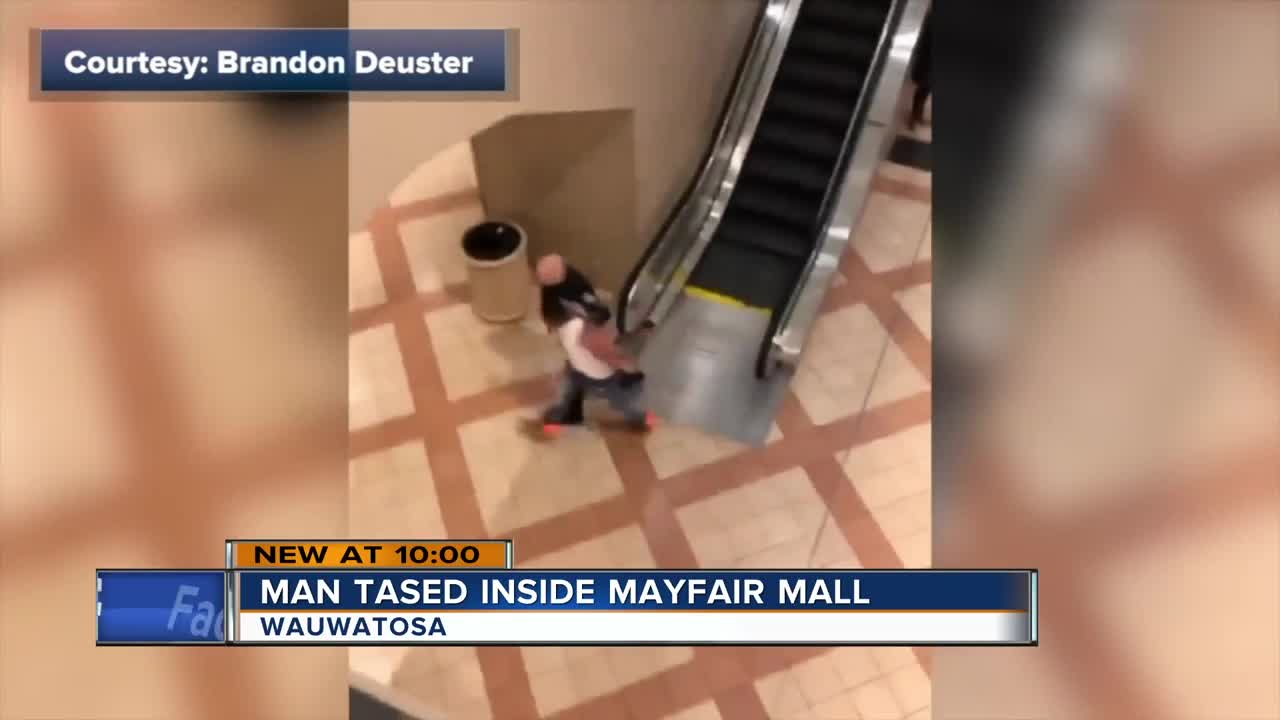 Wauwatosa police said they staffed extra officers at Mayfair Thursday to accommodate for the large pre-Black Friday shopping crowds. While officers were at the mall, police said a fight resulted in the arrest of two adults.

A police sergeant said the chaotic scene started around 9:00 p.m. when a fight broke out in a crowd of 5 to 10 shoppers. As police tried to break it up, one man seen on cell phone video clearly didn’t want to be taken into custody.

Wauwatosa police confirm their officer chased a 20-year-old male suspect down a mall escalator and tased him after a struggle ensued to get him to cooperate. Police said that man was arrested and cited for resisting an officer and a 24-year-old woman was also arrested and cited for disorderly conduct. She was released after receiving the ticket.

“That makes me feel unsafe, especially in a public place like that,” said shopper Devon Eckermann.

Eckermann is thankful she had just left Mayfair before the fight and tasing unfolded.

“Black Friday is supposed to be something that everyone can enjoy and it’s just like, it just kind of like makes me take a step back and just like questions my safety,” Eckermann said.

Mayfair spokeswoman Lindsay Kahn sent TODAY’S TMJ4 a statement about the incident. It reads in part, “There was an altercation, which is a violation of our code of conduct. Our security was on site to contain the situation along with our partners from the Wauwatosa Police Department.”

Leevon Russell claims he’s witnessed several fights at Mayfair in the past, but none quite like this incident.

“It just don’t make no sense how ignorant you have to act out in public,” he said. “I mean, what if they close this place down? Like, people shop here for like clothes, for children, for furniture and other stuff like that. We need this stuff. Y’all only going to make it worse.”

Wauwatosa police said Mayfair is one of their busiest locations when it comes to calls for service.