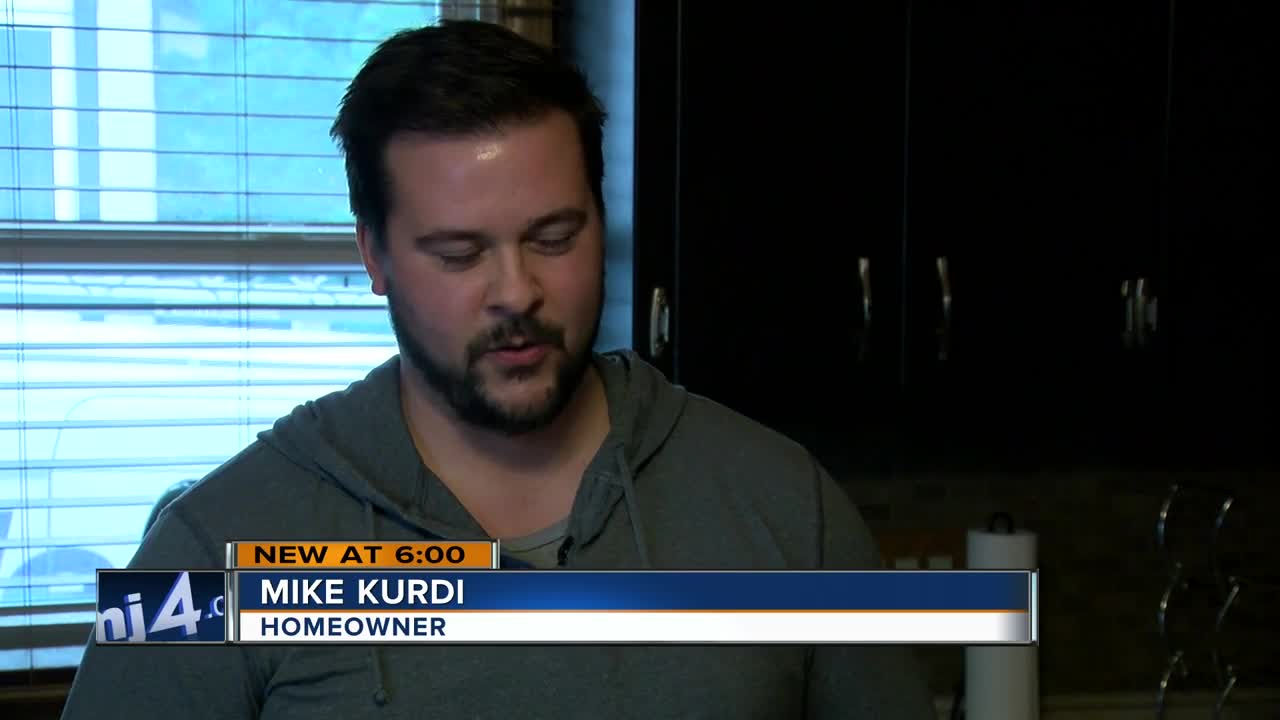 While many are out shopping for the best deals, plumbers are also hard at work on a day they like to call Brown Friday.

MILWAUKEE — While shoppers are looking for deals on Black Friday, a different group is busier on the day after Thanksgiving.

It's a day known as Brown Friday for plumbers. It's probably best to let you use your imagination for the history on this one.

"We get a little busier with certain types of calls that people might call seasonal," Jessie Cannizzaro, Master Plumber for Milestone Plumbing, Inc. said. "Drains do backup because they were all used very heavily throughout the day yesterday and the sewer system couldn't handle it."

The extra family at the house can make the holiday more fun, but it puts an extra strain on the sewer system. More dishes, more flushes, and people trying to help at the sink.

"Often it's carrot peels, potato peels, celery stalks that get dumped down there," Cannizzaro said. "That's things, when you're prepping, you have a ton of leftovers, so you just shove it down there."

Cannizzaro said many garbage disposals say they can handle an array of things from peels to bones. However, it doesn't mean the pipes can.

"When it gets ground up and in the drain piping, you end up with back ups that start," Cannizzaro said.

So that Thanksgiving cleanup could be a lot more difficult than you expect.

"I went downstairs and found a bunch of standing water in the back room," Mike Kurdi, a local homeowner said. "That was certainly unexpected."

Kurdi hosted Thanksgiving for 25 people. He and his wife moved into their home just a couple of years ago, but this was their first big get together. Everything was going smoothly until this morning when he started to clean up.

"I'm running the dishwasher, running the sink and doing laundry at the same time," Kurdi said. "So it's probably more than triple what we'd do on a normal week for sure."

Cannizzaro says some minor sewer issues that could have waited a while tend to rise to the surface around the holidays because of the increase in usage.

"The drains were all used very heavily throughout the day yesterday and the sewer systems couldn't handle it," Cannizzaro said.

In Kurdi's case, tree roots likely grew through some of the pipes, which caught some of the debris going down the train and caused it to backup.

"We have beautiful tree lined roads all throughout Milwaukee County," Cannizzaro said. "Problem is, once those tree roots get inside of them, their little fingers stop lots of things from going through."

Cannizzaro has a number of tips to help prevent an unexpected costly issue around the holidays. When it comes to the garbage disposal, avoid putting the following down the drain:

She said, "Anything that has a consistency that, when it's grated, is dense will cause problems."

If you don't want to put these things in your garbage, create a compost pile instead. Cannizzaro also said, if it seems like your drain is backed up, don't immediately dump drain cleaner down to try and clear things up.

"What it's actually doing is eating from the inside out," Cannizzaro said. "This is razor thin where it ate away at. You can see where the different products used leaked right down there. We had to a wall open to get that."

While most new garbage disposals can handle these things, she said before you call the plumber, there are a few tips to check if it's not working.

"On the bottom of the disposal, there is usually a red button that you'd push to reset," Cannizzaro said. "That works well if you're hearing nothing. If you push it and you hear a humming noise afterwards, it's best to use a key in the center hole port. You can actually unjam the blades by moving it back and forth. Once you get the blades unjammed, make sure you have the power off, take a flashlight and look down in the disposal to look and see if something is stuck. If it starts leaking out of the bottom, it's done. It has to be replaced."

She says it's best to be proactive now to avoid an issue during those big gatherings.

"If you're proactive and you call a plumber in to get that repaired ahead of time, you'll save yourself some money," Cannizzaro said. "If you hear a gurgle, something is going on down stream. Call the plumber. Get it rodded out so it doesn't back up on Christmas morning when you're getting ready to have 30 people come over to visit."