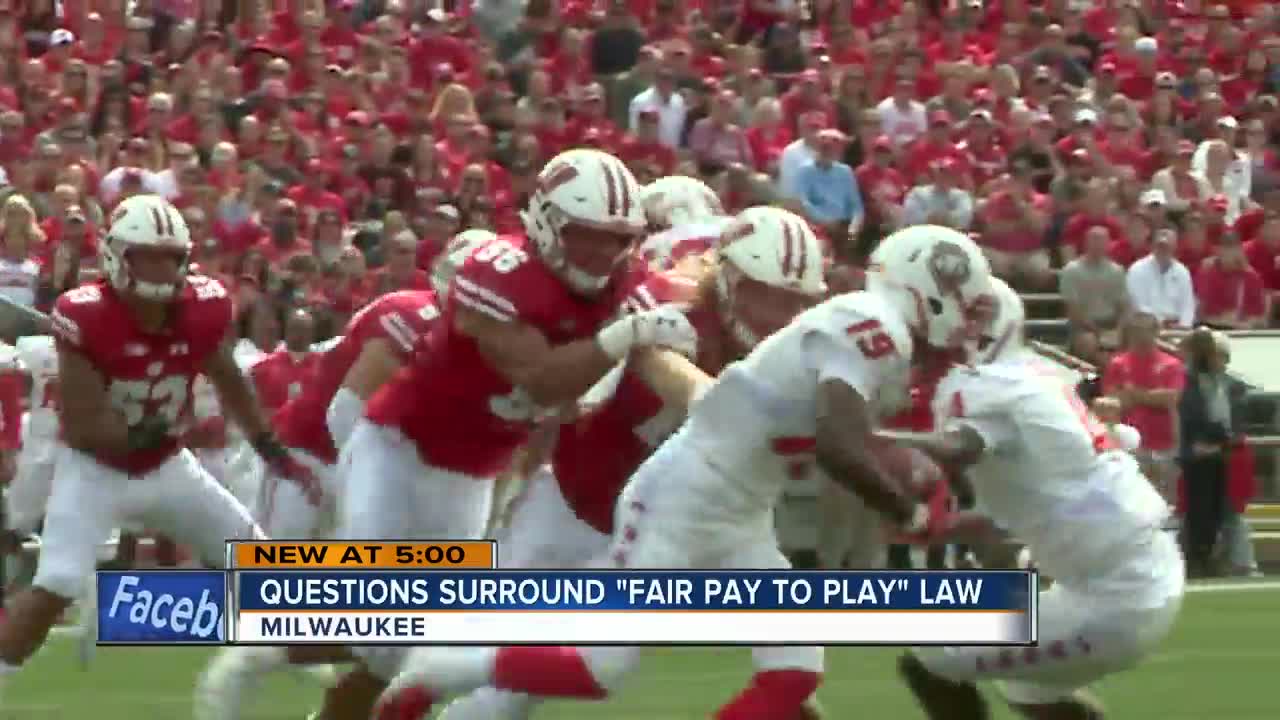 The news has mixed reviews from athletic directors and college students in Wisconsin.

In a few years, college athletes in California will be allowed to get paid for the use of their name, image and likeness after the governor signed the "Fair Pay to Play Act" into law Monday.

It's a move that could reshape the business model of the NCAA, and a first-in-the-nation law that will let college athletes make money from endorsement deals and hire agents to represent them.

NCAA rules strictly prohibit athletes from profiting in any way from their sports. The law still would not allow universities to pay athletes directly.

If it survives expected court challenges, the bill will go into effect in 2023.

UW-Madison athletic director Barry Alvarez was concerned about how this change could impact the future of college sports.

"My opinion, they probably wouldn't be permitted to play for a national championship. I wouldn't schedule anyone from California right now if they have different rules than we do," Alvarez said.

"I think it was so ingrained in us back in the day that, 'Oh, you're lucky to have a scholarship.' " — former Marquette basketball player Tony Smith

At Marquette, athletic director Bill Scholl felt the decision to pay players should come from the NCAA, which currently has a committee looking into the issue.

"I think the hardship here is if we suddenly end up with 50 different sets of rules, it gets pretty difficult to manage that," Scholl said.

However, Scholl said it's an idea that's worth talking about.

"... seeing if there's a way to put it into play so our student-athletes can benefit from it," Scholl said.

Former Marquette basketball player Tony Smith was proud to see California take a stance on compensating college athletes. He said he would have loved to have been paid back then, but it wasn't even a thought.

"I think it was so ingrained in us back in the day that, 'Oh, you're lucky to have a scholarship,' " Smith said.

"I think the hardship here is if we suddenly end up with 50 different sets of rules, it gets pretty difficult to manage that." — Marquette athletic director Bill Scholl

When it comes to current students who look up to some of these players, they were optimistic.

"A lot of these guys, if they don't make it anywhere after, they put their whole life into the game already. I think that they deserve to make some money off of all of the hard work that they already put in so far," Marquette junior Alex Koziol said.

"I think it helps with recruiting if you show that, 'Hey, we're for the players, this is about you guys,' " Marquette junior Jeremy Delvalle said.

When it's all said and done, Smith said other states may have no other option but to follow California.

"Guys want to own their own name. They're going to go to schools in California and pretty soon we know how competition is with school, they want to win. So guess what? They're going to change their ways," Smith said.

TODAY'S TMJ4 reached out to UW-Milwaukee for comment. The spokesperson said they have nothing to add to the conversation.

In response to California's new law, the NCAA released a statement saying in part that "... changes are needed to continue to support student-athletes but improvement needs to happen on a national level through the NCAA's rules-making process."