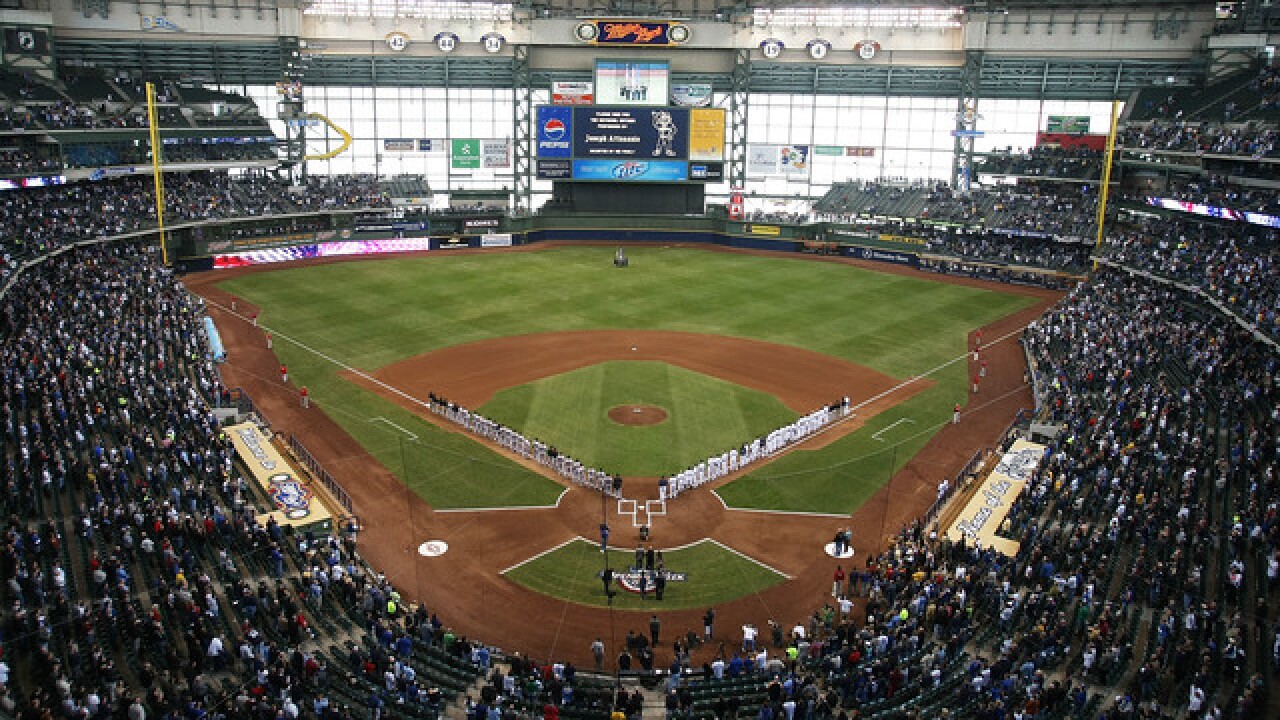 Copyright 2017 Scripps Media, Inc. All rights reserved. This material may not be published, broadcast, rewritten, or redistributed.
Jonathan Daniel
<p>The Brewers have 5 remaining home series at Miller Park this season, including a series against the Cubs starting September 3. For a full schedule of games for the remaining regular season, <a href="https://www.mlb.com/brewers/schedule/2018-09">click here</a>.</p>

MILWAUKEE — It's no surprise the Milwaukee Brewers have loyal fans, but to be the smallest city in the MLB to land in the top 10 of attendance for 2019, that says so much.

Could the momentum from the division-winning 2018 season be to thank? According to our partners at the Milwaukee Business Journal, this is the 12th of 13 seasons in which the Crew has brought in more than 2.5 million fans.

The Brewers averaged 36,091 in attendance per game this season, bringing the 2019 season count to 2,923,333. That's a 2.5% increase from last year. Brewers attendance topped big cities such as Houston, Philadelphia, Detroit and Miami in 2019.

The Los Angeles Dodgers again led the league, drawing 3.9 million fans, while the St. Louis Cardinals with attendance of 3.48 million and the New York Yankees with 3.3 million round out the top three. The Brewers trailed the Chicago Cubs in total attendance as they reached more than 3 million fans at Wrigley this season.

This year, the Brewers find themselves a day away from the wild-card game against the Nationals in Washington. The winner will take on the Dodgers in a National League Division Series.

First pitch of the wild-card game is Tuesday at 7:08 p.m.