Report: 8 out of 10 MPD 'stop and frisks' are not justified 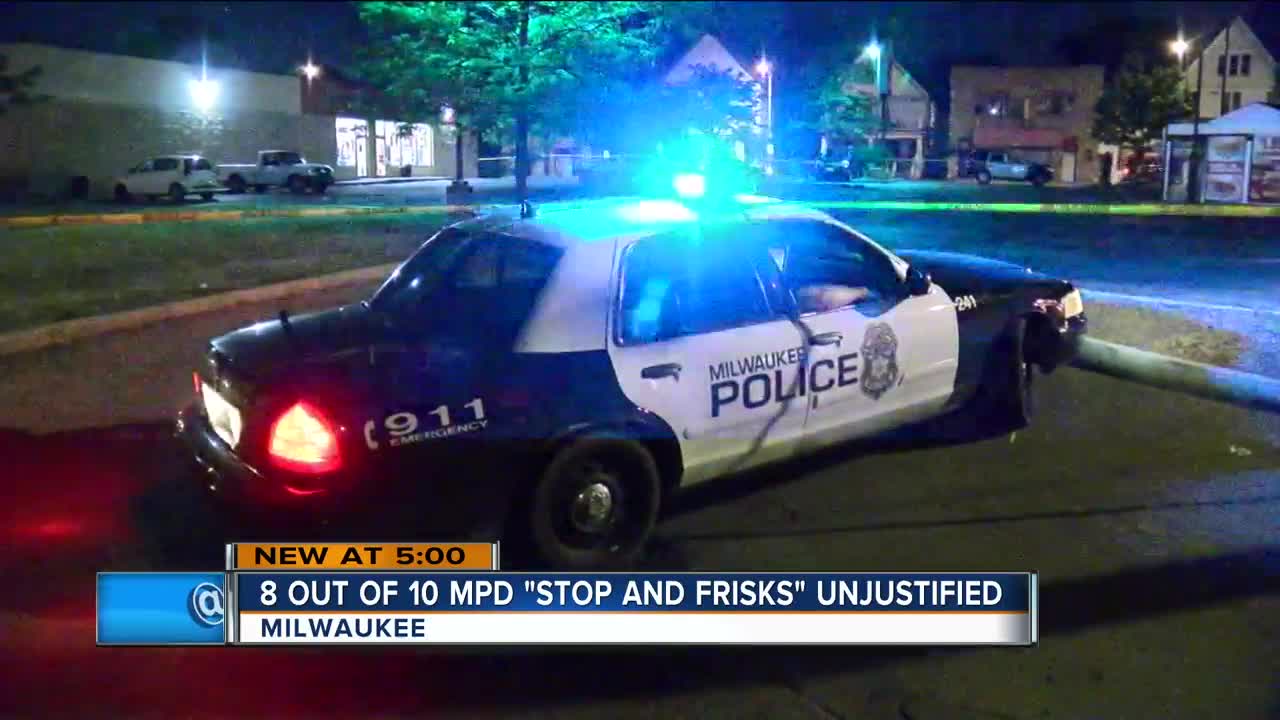 A new report shoes 8 out of 10 frisks are not justified.

MILWAUKEE — A new report shows 8 out of 10 frisks are not justified.

It's just one of the findings in a report released Tuesday after Milwaukee Police were sued over allegations of unjustified stops and frisks.

"If you look at the numbers, we continue to have a situation where black and LatinX people are being frisked," said Karyn Rotker, Senior Staff Attorney with the American Civil Liberties Union of Wisconsin.

The ACLU said they want changed behavior from Milwaukee Police when it comes to stops and encounters. To ensure that change happened, MPD agreed to biannual reports done by the Crime and Justice Institute, or CJI.

The second report was released Tuesday.

"A lot of the success of the agreement will be based on collecting good data," Rotker said. "You can't fully analyze what's happening if you don't have good data to do it."

CJI examined data from the first half of 2019.

The report showed MPD improved in writing reports to justify their field interviews but is behind in other areas.

Per the CJI report's findings in February 2020:

Milwaukee Police leaders met with members of the media Tuesday. Cameras weren't allowed inside. Chief Morales pointed out they had time before they had to fully come into compliance with the settlement agreement.

"When you're making organizational changes, it's not going to happen overnight," Morales said. "We have deadlines along the way."