‘It’s happening all across the country’: Are parents being wrongfully accused of child abuse? 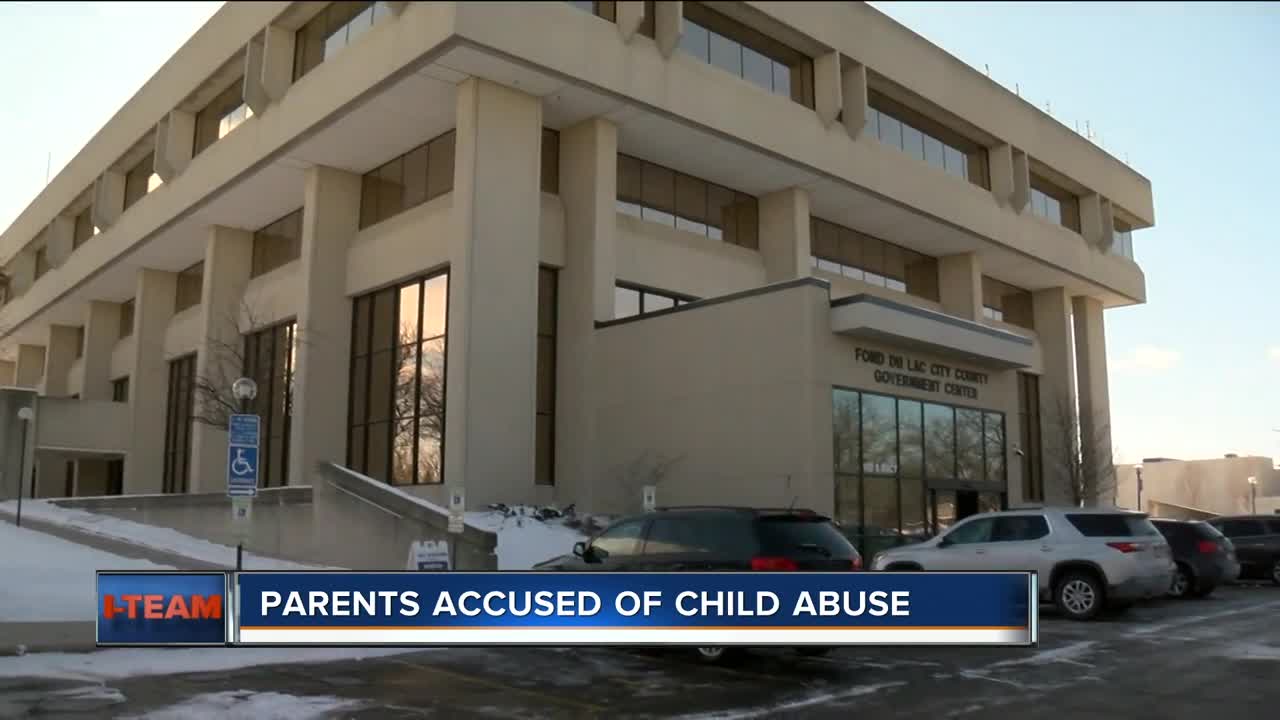 Parents claiming they've been falsely accused of hurting their child. After a Milwaukee ER doctor was charged with child abuse, the I-TEAM found they might not be alone.

Parents are claiming they've been falsely accused of hurting their child. After a Milwaukee ER doctor was charged with child abuse, the I-Team found they might not be alone.

We met with a family facing similar charges, who say other medical professionals believed their case wasn't abuse. They told us a trip to the ER quickly turned into a police investigation.

"When they were ripped from me I felt like my world shattered," said Arianna Chapin. "I felt like a piece of me was gone."

Two years ago Arianna and Hunter Chapin took their 7-week-old to urgent care after noticing bruising on her chin. They were told the baby was too young to be seen so they took her to the emergency room.

"The ER doctor said we'll run some blood tests, we'll check her over, we'll see how that is," Arianna said. "But I don't see any other concerns."

They said that's when the mood changed.

"I'm sitting there waiting and it's been hours and hours and hours and they come back, they do a blood test again, take some blood to use and I think they took her again for another scan, brought her back and nothing," Hunter said.

A few weeks later, Hunter was ordered out of his home and charged with felony child abuse.

His child's medical records had been sent to Children's Wisconsin, where doctors said they found evidence of broken ribs.

"We went to Theda Care up in Neenah who we saw the radiologist who had been doing it for 14 years and they saw the scans and said that they didn't find anything," Arianna said. "They then had to send the scans down to Milwaukee, Children's Hospital of Milwaukee, where they do a read over, they don't look at the scans in hand, they have just a picture of the scans that were sent to them where she said she found a cortical irregularity, or a thickening on two of the three scans. And that's from where they decided where they said, 'oh, it was broken.'"

Fond du Lac County District Attorney Eric Toney couldn't comment on the Chapin's case, but he says when cases are referred to Children's Wisconsin they get a report from a child abuse expert physician based on their evaluation.

"Those are instrumental in those types of reviews for potential charging decisions based on the expertise of those medical doctors have and how they can help us evaluate cases," Toney said.

He says it's not the only determination made in these cases, and that prosecutors will also weigh things like statements made during the investigation or testimony from other children.

"It's common in which there are cases in which there's expert testimony to have competing experts and it's not, I don't think most prosecutors rely on just one medical opinion," Toney said.

He told the I-TEAM he felt forced into signing a confession.

"I'll never forget the first thing they said to us when they found out we weren't, they looked at us and said, oh you guys aren't going to get a divorce because of this?" Arianna said.

The Chapins aren't the only families saying they're innocent.

We also found a case in Racine where a 30-year-old man faced a first degree homicide charge in the death of his three-month-old baby.

A criminal complaint said a doctor told investigators, "the doctor stated that the mechanism of injury would be a rotational motion of a high velocity such as a violent shaking motion or a rapid acceleration and deceleration movement which could look like a child's head being slammed against a soft surface such as a mattress.""

The case was thrown out and the homicide charges against the father were dropped.

Keith Findley and Katherine Judson work for the Center for Integrity in Forensic Sciences. They haven't worked on the Chapin's case or the case out of Racine, but they tell us they consult on hundreds of child abuse cases where the defense believes their clients have been wrongfully accused.

"Children routinely get things like clavicle fractures from playing or jumping from the couch, let's say, and that could be abusive, or that could be accidental and where the science fails is where someone testifies in court that it can only be abusive," Judson said.

Saying this isn't a problem specific to Children's Wisconsin.

"They tend to be the ones most powerfully in their ability to determine abuse on the basis of some medical findings and it sort of takes on a life of its own," Findley said. "And often they'll disregard other physicians' opinions, dismiss other possibilities."

Children's Wisconsin referred us to child abuse expert Dr. John Leventhal out of the Yale-New Haven Children's Hospital in Connecticut.

Over the phone, he says the process to report abuse at his hospital is usually a collaborative effort, but the decision comes down to him, a decision he doesn't take lightly.

"Like cancer doctors regardless of how they're funded, child abuse doctors don't want to find child abuse," Leventhal said. "We're much happier and often relieved when we find some other cause for the child's injuries. There is no reason to think that we are incentivized to do this work."

"Most of the injuries that show up in children in which a child has been taken to a pediatric practice, to an urgent care clinic or to an emergency department are injuries that occur from accidents," he also said. "Most of the people in the front lines know that and have that as their frame of thinking. What concerns physicians and others on the front lines, nurse practitioners, PAs, is when the injuries don’t match up in a substantive way with the history provided. So a broken arm in a 5-month-old and no history provided. How did that happen? So if a parent has a concern and brings the child to the emergency department, says my child fell off the bed or my child was running down the street and tripped and fell and I think he's got a broken arm, that’s reasonable."

The Chapins say it can make one of the fundamental parts of parenthood a scary endeavor.

"The funny thing is they say after you do this, one of the social workers say a lot of people tend to be afraid of bringing their kids in again, but they shouldn't be," Hunter said. "But they should be because if this is going to happen they should be afraid because why would any caring parent bring their child in?"

Children's Wisconsin did not agree to an interview to be part of this report. They provided the following statement last month after an ER doctor was charged with child abuse:

Statement from Children’s Wisconsin and the Medical College of Wisconsin

The charges filed against Dr. John M. Cox do not involve care he provided to any Children’s Wisconsin patient. He has not seen patients since the allegations were first made and is no longer employed by MCW.

Given that Dr. Cox is involved in an ongoing legal matter, we cannot comment on his case.

Prevention of child abuse and neglect is core to Children’s mission of caring for kids. We take seriously our responsibility to protect children and take action on their behalf. As a health care organization dedicated to quality, Children’s will review the practices of the Child Advocacy and Protection Service to ensure it remains one of the leading programs in the country.

The Child Advocacy and Protection Service at Children’s Wisconsin is part of a broader system designed to protect children by detecting, preventing and treating abuse and neglect. The hospital-based Child Advocacy team is a multidisciplinary group of medical professionals and social workers who provide consultation on suspected child maltreatment cases. The Wisconsin Child Protection Services agency determines whether investigations are warranted.