Rare white deer may be roaming around Mukwonago 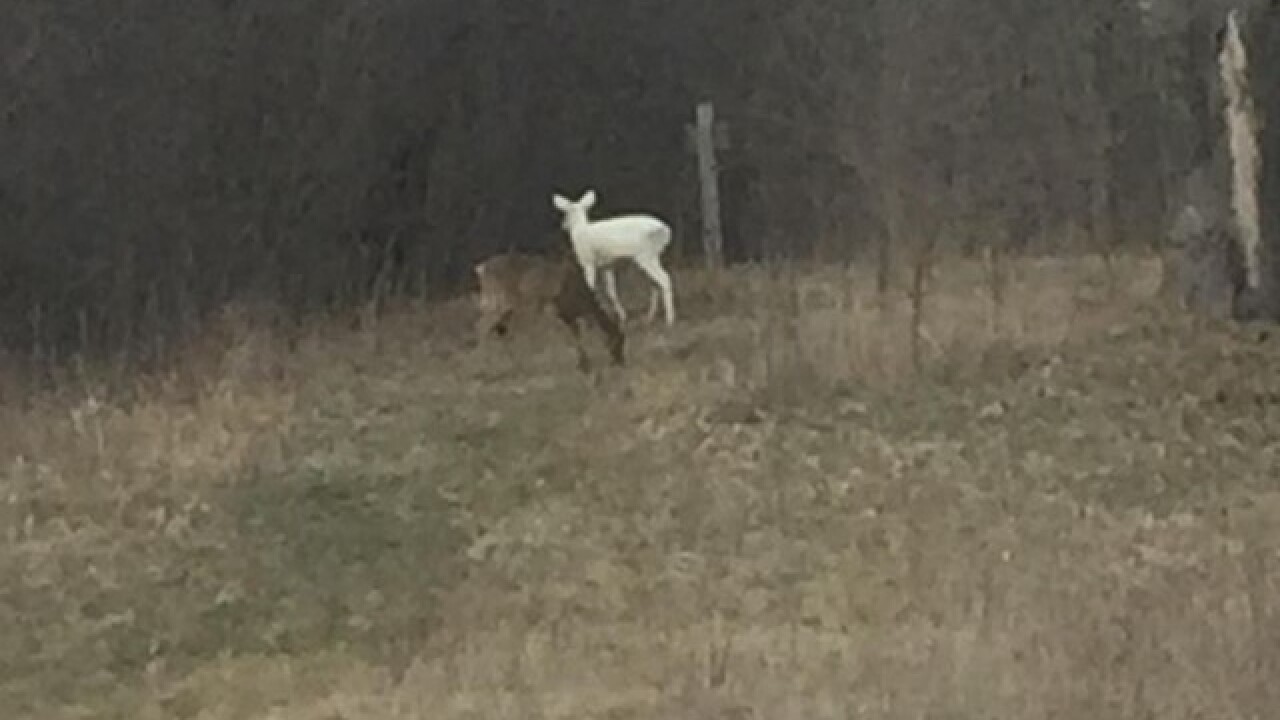 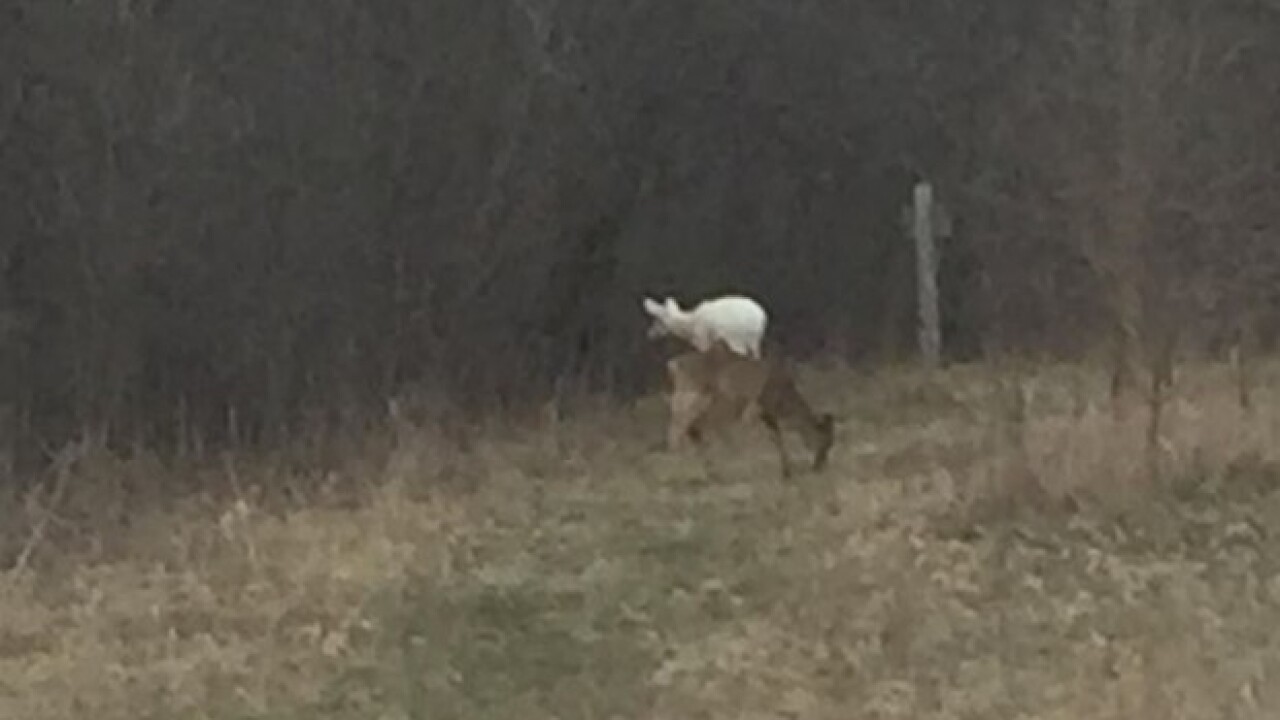 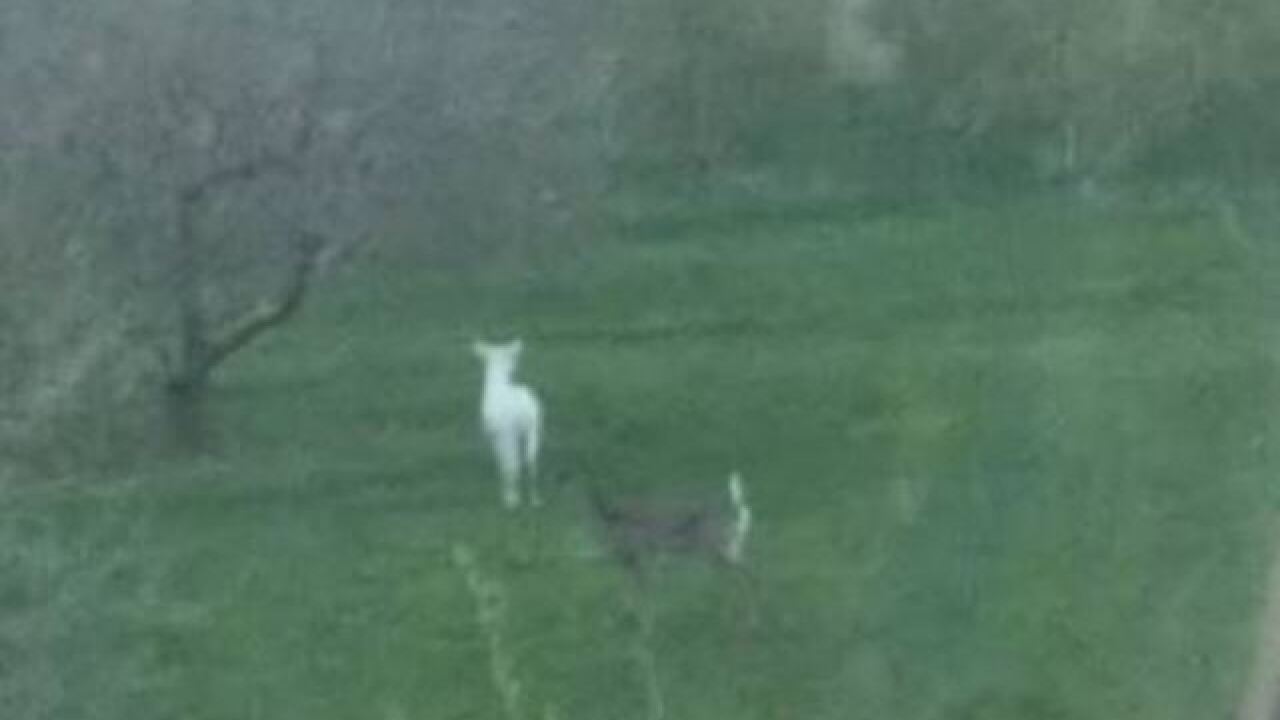 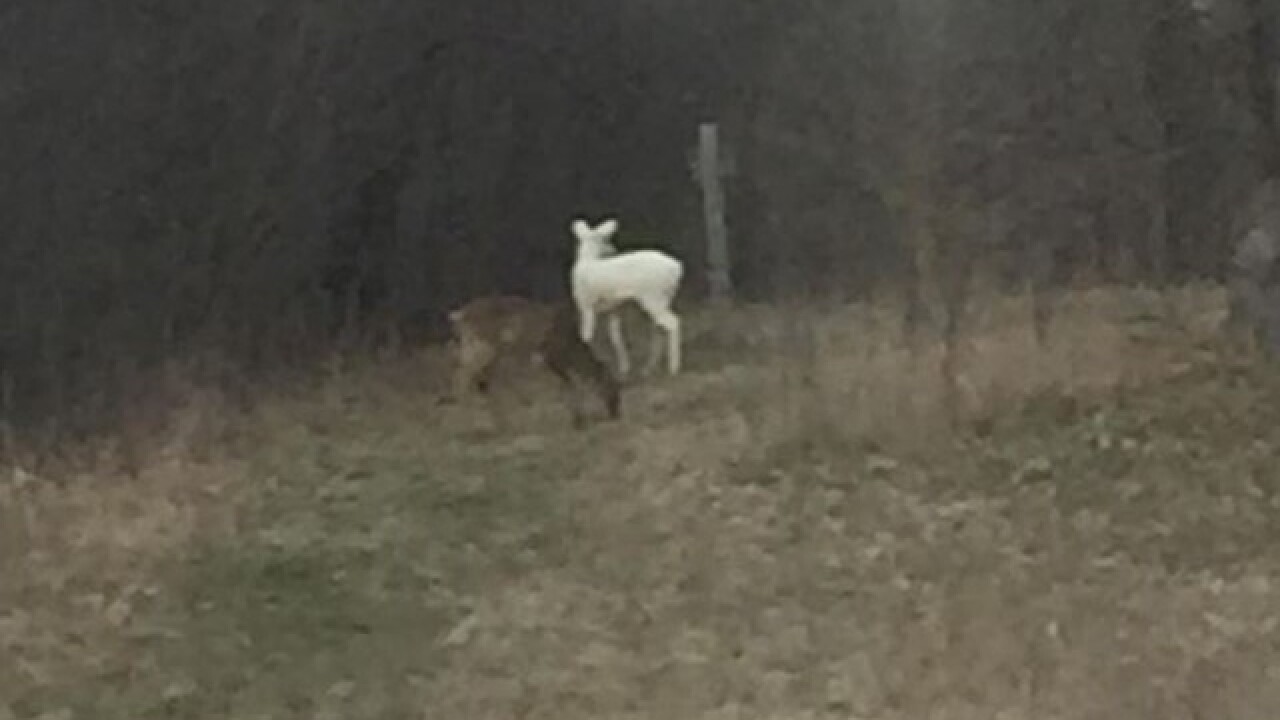 A rare sight in Mukwonago when at least three people saw a white deer roaming the woods.

Jessica Jacobi says she saw the deer on her way home Sunday night near the Elegant Farmer Apple Orchard.

"I was freaking out that there’s a deer, a white deer that I’ve never seen before," she said.

She managed to snap a photo moments before the deer ran off into the woods.

"Definitely a neat thing to see, one in a lifetime I think," she said.

She isn't alone. Layne Lovell says he and his wife saw the deer in the same area about three weeks ago and took several photos.

"It looked like snow was walking in the woods, it was awesome," he said. "It’s very rare, but they are protected."

According to the Wisconsin DNR, it's illegal to possess or harvest an all white deer or an albino deer. And there is a difference. While white deer are unusual, they're not as rare as albino deer that typically have pink eyes.

Our cameras caught the deer roaming in the Mukwonago area Tuesday night, along with at least two other brown deer. From our view, it appeared the deer had brown eyes, meaning it may not be an albino, but carries the recessive trait of being all-white.

It was still something residents in Mukwonago said they were amazed to see in person.

"When you see something like that on TV or in a picture, it's one thing," said Lovell. "When you see it in real life, it’s like 'did I really see that? It shocked me."

A biologist with the Wisconsin DNR did take a look at one of the photos of the deer and said it looked like a white deer.