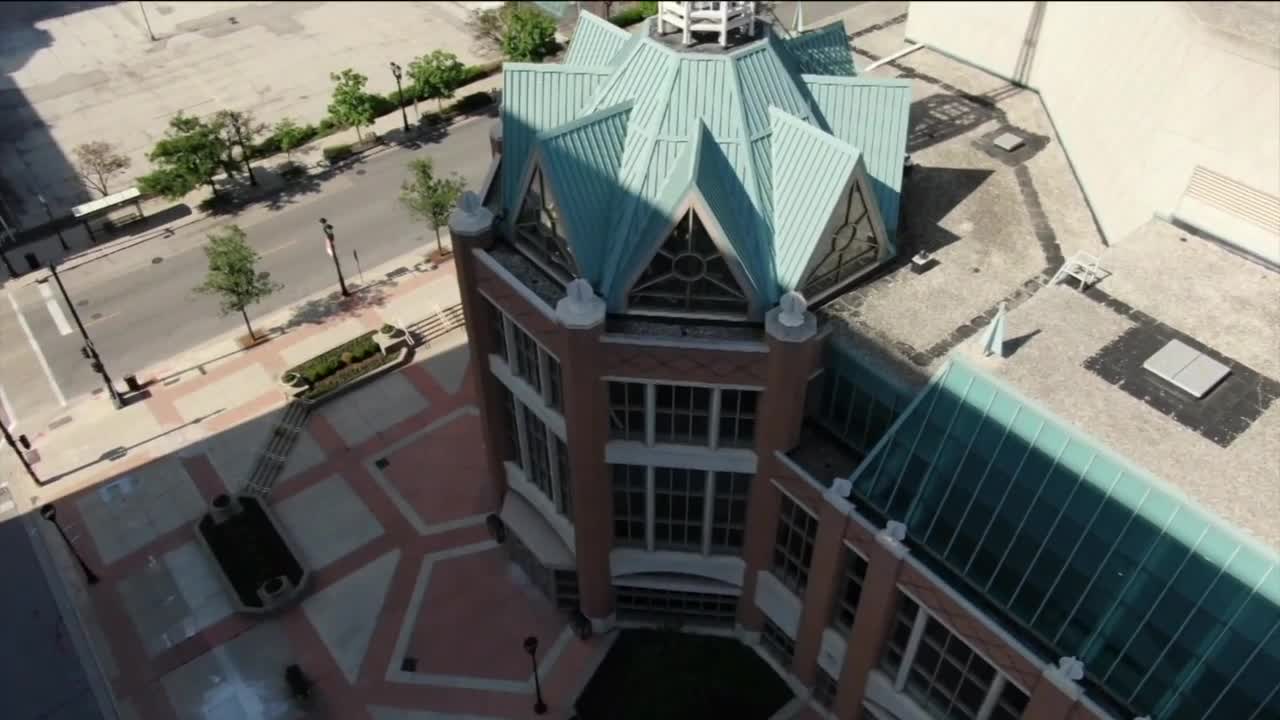 The news of Joe Biden no longer coming to the DNC is being called a "gut punch" to the city.

MILWAUKEE — It’s an announcement that wasn’t a surprise, but it didn’t change the impact. Former Vice President Joe Biden announced he will not travel to Milwaukee for the Democratic National Convention. The DNC Committee also announced none of the notable speakers expected at the convention will be in attendance either.

“It was death by a thousand papercuts,” Tim Sheehy, President of the Metropolitan Milwaukee Association of Commerce said. “Tear the Band-Aid off. Put the nail in the coffin. This is certainly not the convention we hoped for and I think it’s a convention in theory now.”

Experts said the event would draw some 50,000 people to Milwaukee and could have resulted in a $200 million economic impact to the area. It’s the culmination of what has been a brutal year for Milwaukee due to the pandemic.

“It was bright lights, big stage,” Sheehy said. “The lights were flickering. They’re out now. When you lose the DNC, the Ryder Cup, Summerfest, State Fair, Northwestern Mutual’s Convention, it’s just a trail of tears.”

“Of course, we’re disappointed,” Mayor Tom Barrett said. “I would be lying if I didn’t say I was disappointed in this professionally and personally.”

Barrett was one of the key figures in getting the convention in Milwaukee. Barrett says he was told of the decision Tuesday night.

“There has been a lot of give and take over the last week over issues,” Barrett said. “That was being worked out to make the safest convention. The decision made by the DNC is based on advice it received to not have people travel here. We are at a time where we have to put our efforts locally, as a state, as a nation, and do everything we can to defeat the pandemic.”

It’s a far cry from the excitement Barrett had on March 11, 2019. It was the same day as his annual State of the City Address. He received a call from DNC Chair Tom Perez after his speech to let him know Milwaukee would be hosting the 2020 DNC.

“I’m positive that’s not fake news,” Barrett joked with the media. “I think hosting the first-ever political convention for a major party in the city’s history is monumental.”

Over the course of the next few months, things started moving quickly to get the city ready. More hotels started going up to accommodate the number of people coming. More road construction was happening all around the area. The city even acquired a $50 million grant to help fund extra security. All of this because 50,000 people were expected to arrive for four days.

However, things started to change earlier this year. The coronavirus first made waves the day before St. Patrick’s Day, shutting down bars and restaurants all over the city. Over the next few days, weeks, and months, the ripple effects of the pandemic shut down everything; even keeping folks quarantined in their homes. The last, and quite possibly largest, domino to fall was the DNC.

Even if, less than a week ago, Democratic National Convention CEO Joe Solmonese said Biden would be in attendance.

"Is it disappointing?” Sheehy said. “Absolutely. Is it unexpected? Not really.”

Sheehy says the amount of work done to prepare the city over the last 17 months just adds insult to injury.

“Think about it,” Sheehy said. “Raising 15 to 20 million dollars. Recruiting 12,000 volunteers. Locking up every hotel room in the city. Think of all the people who have gotten ready to handle the crowds and venues and hire extra staff. That’s what’s all gone up in smoke.”

But Sheehy has confidence the city will rebound.

“The hope is, when things return to normal, the things that were assets to Milwaukee that attracted those events here will still be here and part of our future,” Sheehy said. “I think, both parties are going to pick a host city, not based on sympathy but based on what they need in 2024. If we line up in 2024, we have a shot. We have proven we can do it and we can attract it. But it’s out of our hands now.”

As heartbreaking as it is for the city, Barrett supports the decision.

“We have to walk the walk as well as talk the talk,” Barrett said. “Part of the reason they’re making the decision, it may be a personal decision, but it’s clear to me, they’re putting a lot of weight on what public health experts are saying throughout the nation.”

Barrett remains hopeful for the city though. After all, Milwaukee beat out larger cities like Houston and Miami to get the DNC in the first place.

“We shouldn’t forget the sentiment that we shared 17 months ago,” Barrett said. “When Milwaukee won the competition for the DNC, we did so because we proved our ability to host an event on the grandest scale. United to welcome visitors and maximize benefits.”