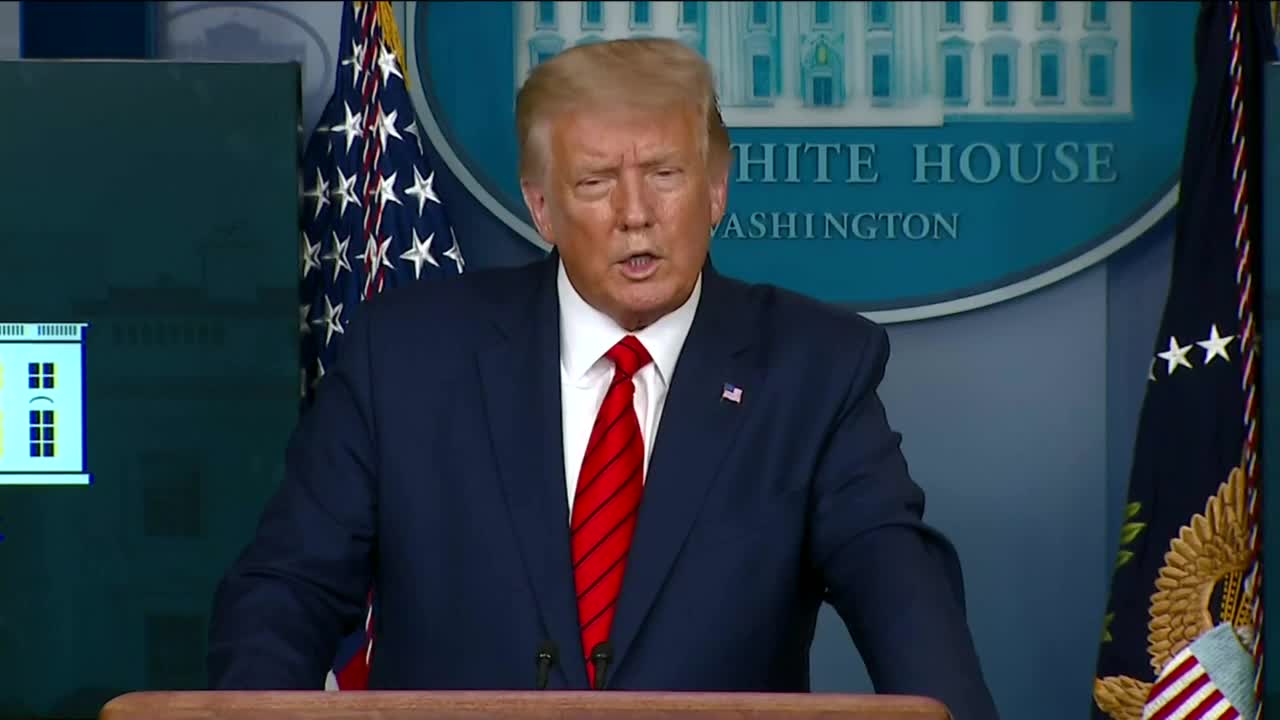 President Donald Trump said Kyle Rittenhouse "was in very big trouble" and "probably would have been killed" during a confrontation with protesters in Kenosha that eventually led Rittenhouse to allegedly shoot and kill two of them, and injure a third. 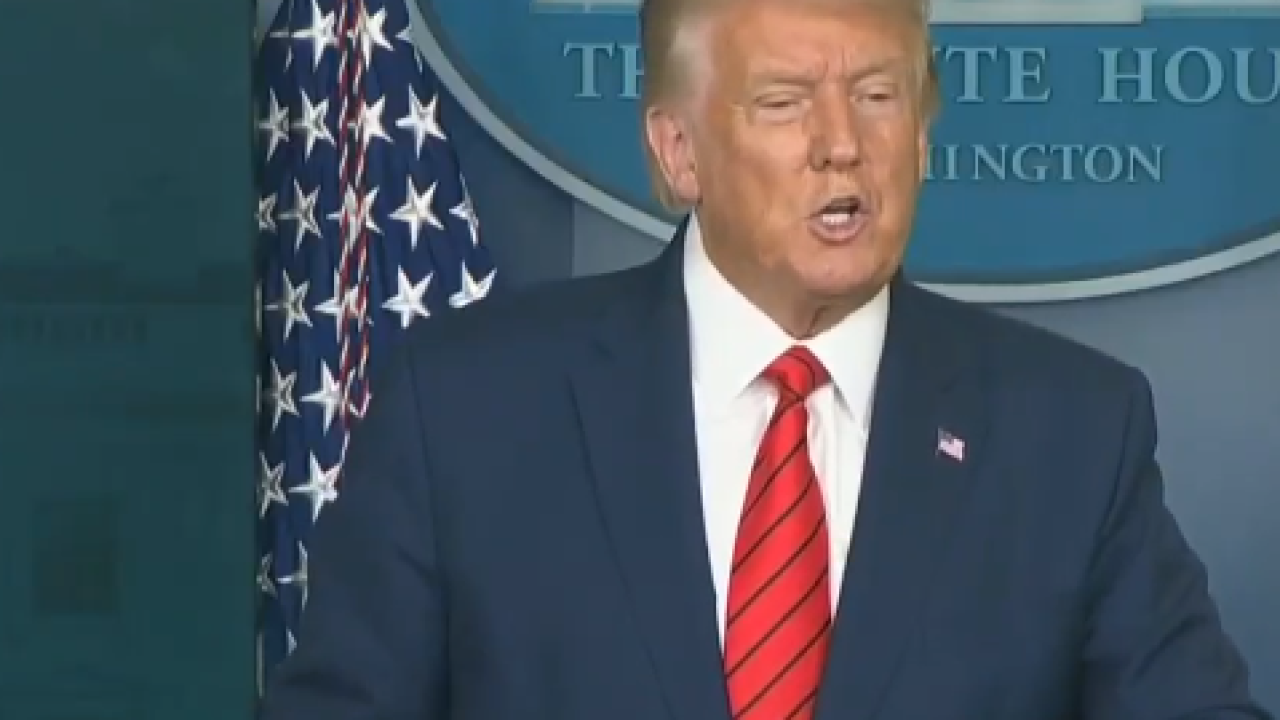 WASHINGTON — President Donald Trump said Kyle Rittenhouse "was in very big trouble" and "probably would have been killed" during a confrontation with protesters in Kenosha that eventually led Rittenhouse to allegedly shoot and kill two of them, and injure a third.

During a news conference at the White House Monday, a reporter asked about President Trump's reaction of Rittenhouse, who has since been charged with homicide in the fatal shootings.

Trump replied:"That was an interesting situation. You saw the same tape as I saw. He [Rittenhouse] was trying to get away from them, I guess it looks like. And he fell. And then they [protesters] very violently attacked him. And it was something we are looking at right now, and its under investigation.

Trump continued: "I guess he [Rittenhouse] was in very big trouble. He probably would have been killed."

According to a criminal complaint released last week, the scene that President Trump is referring to happened after Rittenhouse allegedly shot and killed the first victim, at Car Source in downtown Kenosha. It was after those initial three shots when other protesters confronted Rittenhouse, and at least one tried to pry the long rifle from his hands.

All of those charges are felonies. He could face a mandatory life sentence if convicted of first-degree intentional homicide, the most serious crime in Wisconsin.

Rittenhouse was arrested in Antioch, Illinois Wednesday. He turned himself in at the Antioch police headquarters, according to police.

Trump defends Kyle Rittenhouse, the 17-year-old supporter of his who is charged with murdering two protesters in Kenosha pic.twitter.com/KdfkdTPRVG

A criminal complaint released last Thursday identified the two people shot to death as Joseph Rosenbaum and Anthony Huber, and the one injured as Gaige Grosskreutz.

According to the complaint, gunfire broke out around 11:45 p.m. Tuesday at Car Source, located at the northwest corner of 63rd St. and Sheridan Road in Kenosha.

President Donald Trump is expected to visit Kenosha on Tuesday, the White House said Saturday evening. President Trump will be visiting with law enforcement and survey damage. No other details about the president's expected visit have been released.