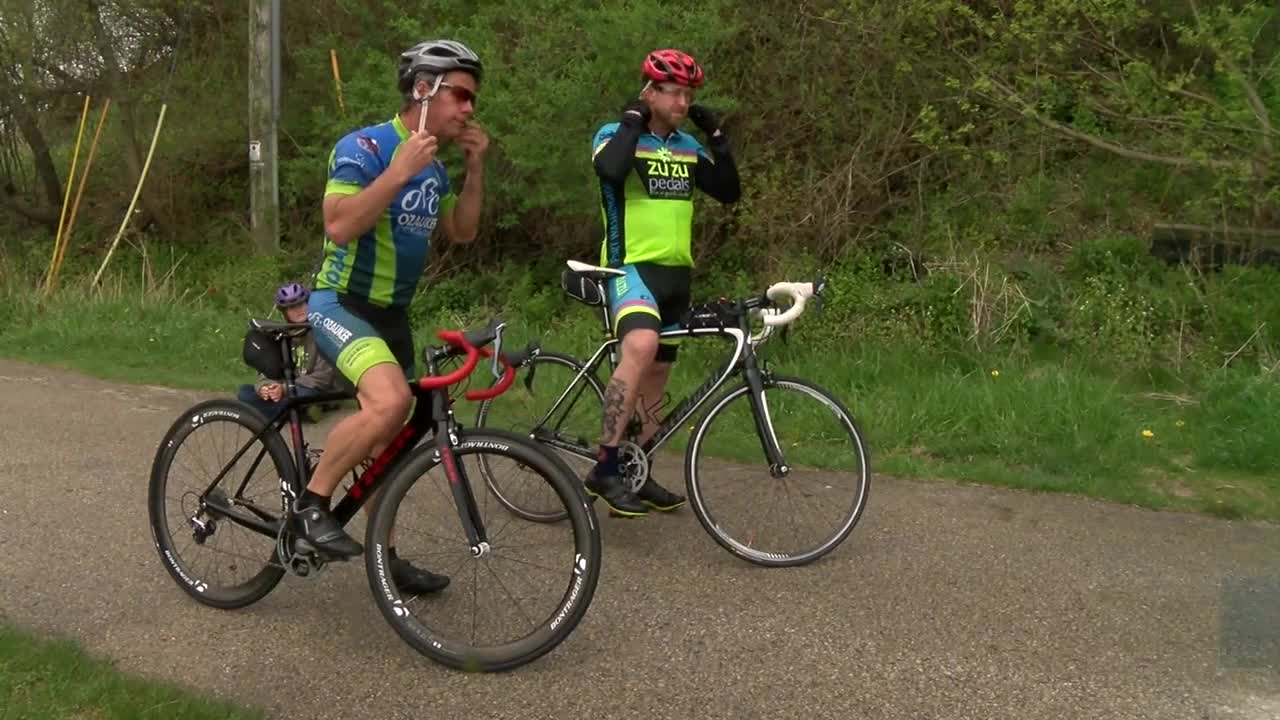 Port Washington native, Nick Grosenick and three of his friends are pedaling with a purpose. On Saturday he will begin his 115 mile bike ride from Sheboygan Falls to Peninsula State Park in Door County.

Port Washington native Nick Grosenick and three of his friends are pedaling with a purpose this week. On Saturday, Grosenick will begin his 115 mile bike ride from Sheboygan Falls to the Peninsula State Park in Door County. This is Nick's first "century ride."

" A century ride is a milestone for road biking," said Nick.

Nick is part of a cycle group called Be3. He has been training for months. While training, he has been raising money to purchase Automatic External Defibrillators for the Port Washington Fire Department.

"They don’t have defibrillators in some of their response vehicles," said Nick.

According to the National Fire Protection Association, sudden cardiac arrest is the leading cause of on the job deaths for firefighters. Port Washington Police Chief Mark Mitchell said the AED's are a lifesaver when seconds matter most.

"Heart attacks and cardiac arrest in firefighters are prevalent just because of the nature of the game, the stress levels work environment...Early defibrillation is a life saver," said Cheif Mitchell.

Each AED cost about $1,500 and so far Nick has raised enough money to purchase three of them, his goal is to purchase four AEDs for the department.

Cheif Mitchell said it's nice to see that kind of community support.

"We are really grateful someone is thinking about us and our need for something like this," said Chief Mitchell.

Any additional money raised will be donated to the Port Washington Fire Department.

To donate to the Gofundme for the AED's click here.