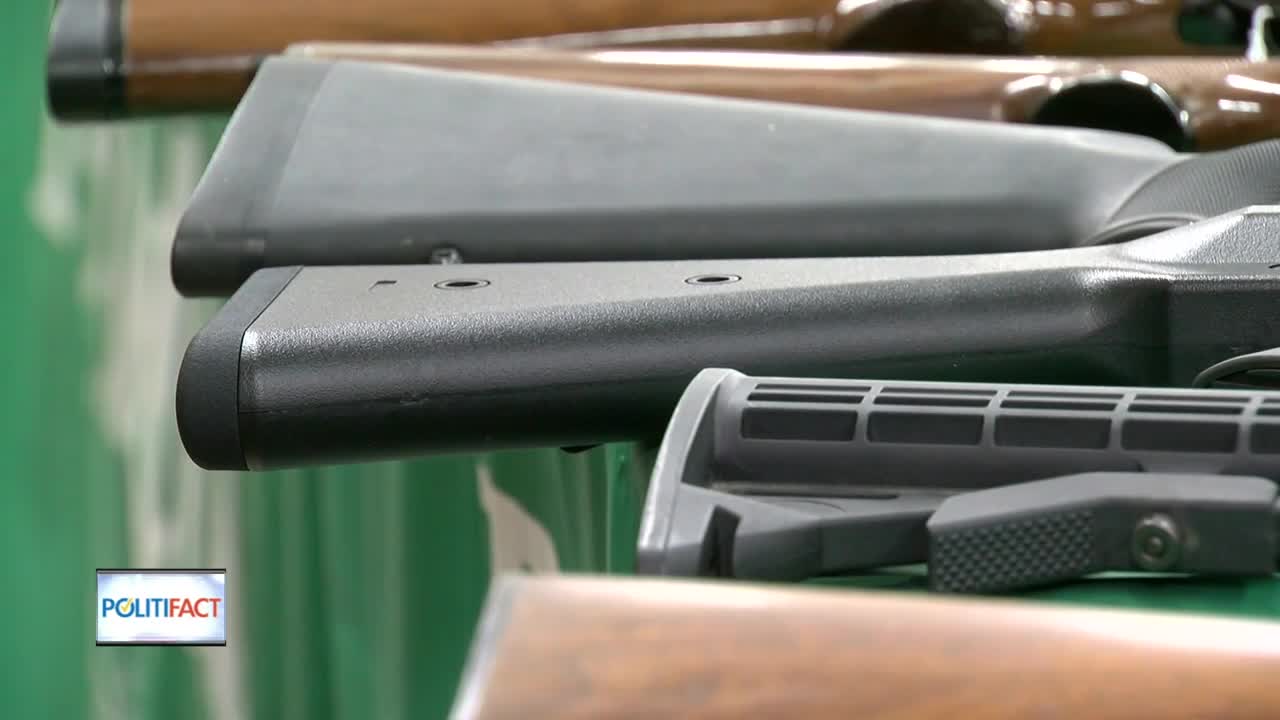 In a recent interview, Senate Majority Leader Scott Fitzgerald made a claim about background checks during gun purchases.

"The claim we looked at from Senator Fitzgerald was that any universal background checks involve gun owners having to submit their serial numbers to state and federal officials," said Greg Borowski with the Milwaukee Journal Sentinel.

In Wisconsin any universal background check would have to be integrated with the current system for gun dealer sales, which splits background check responsibilities based on the type of gun.

"For handguns in the state of Wisconsin, the state department of justice does the background checks, but they don't do any collection of serial numbers of guns when they do those checks," said Borowski. "For long guns such as rifles the FBI does those checks and do require the serial number to be submitted but they're under strict controls from congress and that they have to destroy it within 24 hours and they're not allowed to put any sort of database together to allow any sort of tracking."

The other part of Senator Fitzgerald's claim is that requiring submission of serial numbers violates the second amendment. PolitiFact Wisconsin also found an issue with that portion of the claim.

"That's not exactly the case," said Borowski. "The courts have not ruled that it's unconstitutional and in a Washington, DC case found the opposite they upheld that portion of a law that does require serial numbers to be submitted."