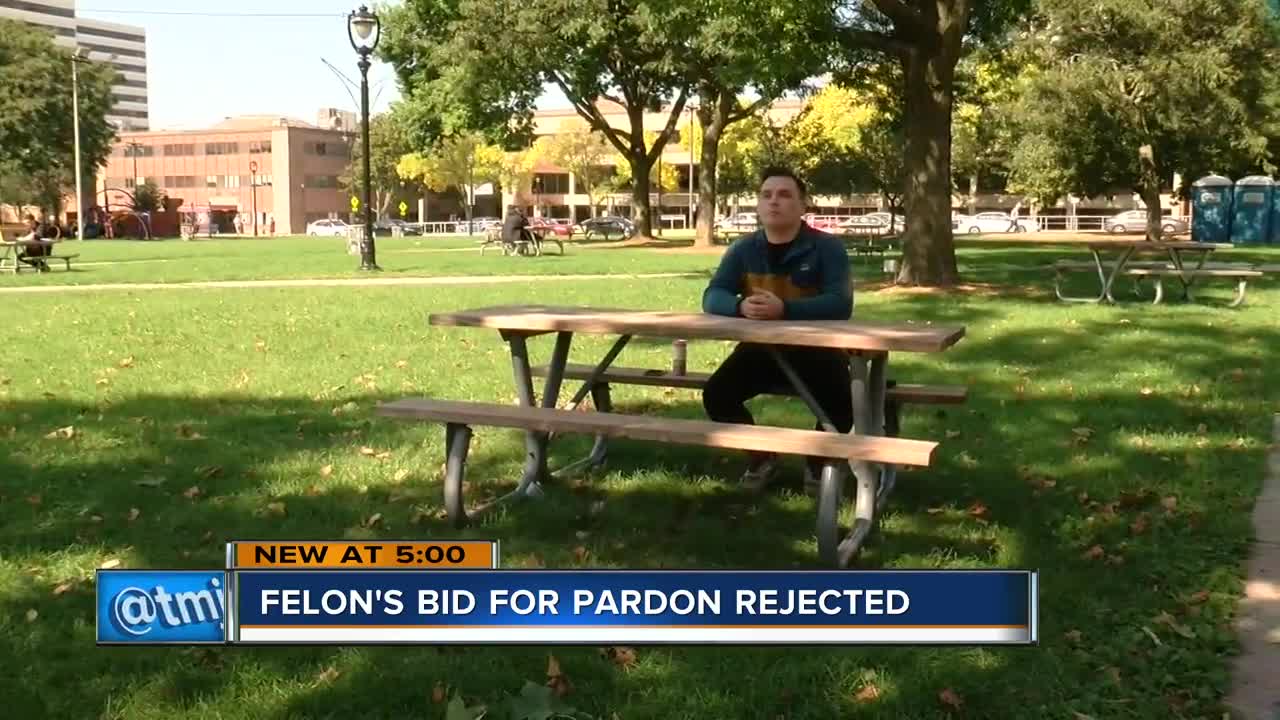 A total of five felons made thei case for pardon back in August.

MILWAUKEE — A total of five Wisconsin felons made their case for pardon back in August.

On Monday, Gov. Tony Evers (D-Wisconsin) pardoned four of them.

The man left out was 30-year-old Jeremy Jaeger. He got a letter dated Sept. 24, 2019, that the Pardon Board voted against forwarding a recommendation for pardon to the governor. There was no explanation why, but the letter did acknowledge, "the many positive strides you have taken since completing your sentence."

Jaeger said he was invited to make his case in front of the Pardon Board on Aug, 28. That's the same day four men whom Evers pardoned on Monday also had hearings in front of the board.

"Words can't describe how important that was for me, that was my chance," Jaeger said. "I was just about to graduate college, you know, everything felt like it was working in my favor, and I can finally put this behind me and maybe get a good job."

Jaeger was convicted of selling marijuana as party to a crime in Ozaukee County in 2007. He was 18 years old. He said he spent three months in jail.

"I was with my ex-girlfriend at the time and we both partook in a transaction to an undercover officer for four grams of marijuana," Jaeger said. "I've been paying for it ever since."

He's had a clean record since, but life as a felon is not easy.

Jaeger believes he could have shown more remorse in his hearing, and that's what he'll do again when he reapplies in a year and a half.

"It breaks my heart, I'm so happy for the gentlemen that did get the pardon, that's amazing," Jaeger said.

The governor's office said it's received 210 applications. The Pardon Board will hear from 10 more applicants on October 14.

At an event in Franklin on Tuesday, Gov. Evers said, "we need to have that kind of internal ability to say to people, yes, you deserve a second chance, and we are doing that in Wisconsin."