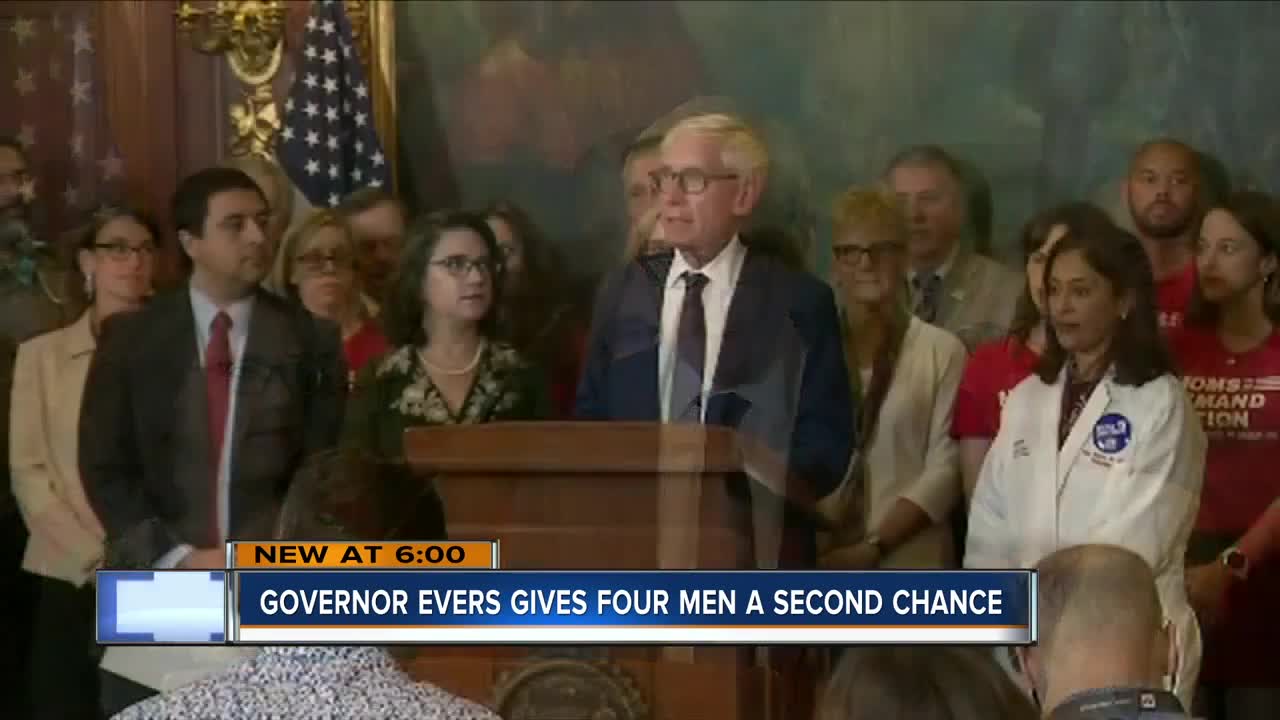 Gov. Tony Evers issued the state's first pardons in nearly a decade. Mwangi Vasser was one of four men who received clemency Monday from the governor. 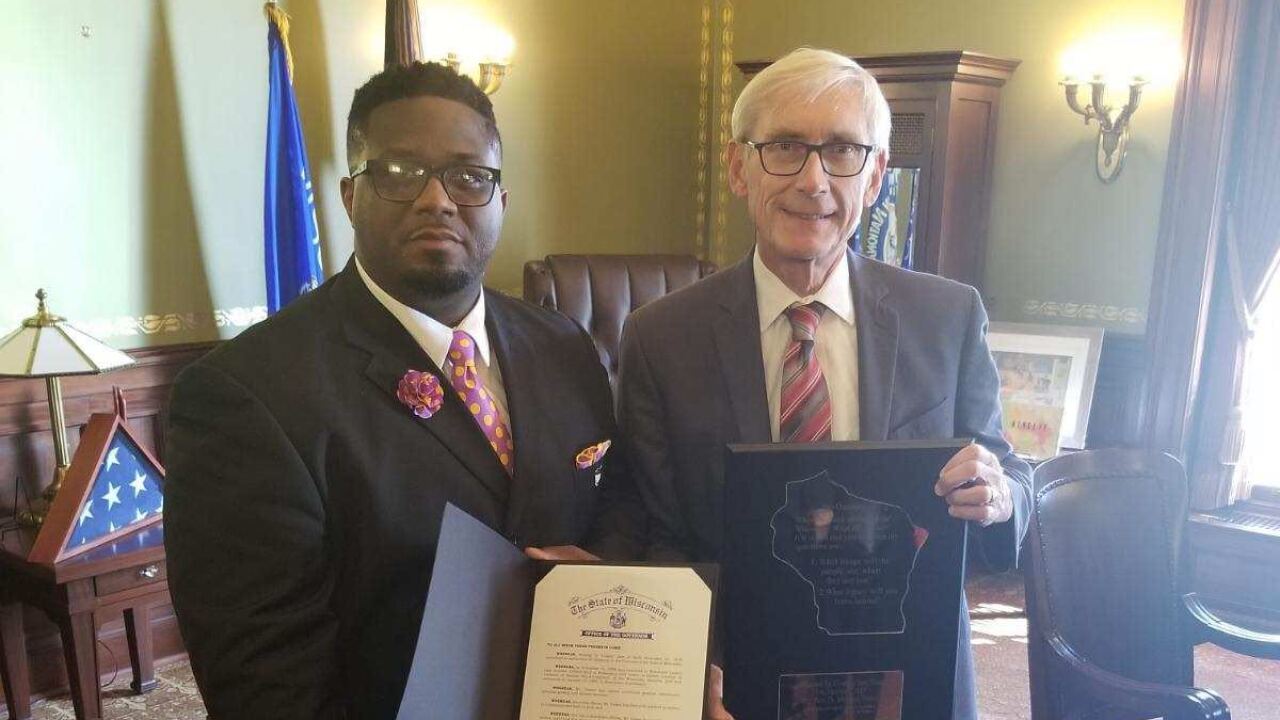 Gov. Tony Evers issued the state's first pardons in nearly a decade. Mwangi Vasser was one of four men who received clemency Monday from the governor.

Vasser was convicted of selling cocaine in Milwaukee in 1998. Now at age 40, the man who turned his life around will finally get to pursue his dream job. Vasser traveled from Georgia to Milwaukee overnight Sunday for an emotional homecoming.

"I had almost fell out my chair," Vasser said. "It began to become so real."

Vasser is elated he will no longer carry the hindering label of "felon."

"I never would have thought that 22 years would have gone by and still struggling with this cancer that I call a felony," he said.

Vasser was arrested, convicted and served his time, but he didn't realize how much his criminal record would shape his future until he entered college to become a paramedic.

"Within a week or so, the instructor tapped me on the shoulder and asked me to come out to the hallway and he just simply said, 'You are a convicted felon. You cannot be in this course,' and that was devastating," Vasser said.

Vasser decided instead to follow his father's footsteps into the ministry. He went on to get his doctorate and now serves at a church in Nashville, Tennessee. Meanwhile, he's been fighting for the last nine years to get his felony pardoned.

"I was the one who got caught, and I'm glad I got caught because it helped mold my life into what it is today. It allowed me to see reality for what it really is." — Mwangi Vasser, who was pardoned by Gov. Tony Evers

"I had always been told that the pardons application process had been suspended indefinitely," he said. "I wanted to irritate them in Madison. I would send letter after letter after letter. Then it went from a letter to a packet."

That all changed when Evers took over and offered Vasser new hope.

Vasser met with Evers on Monday afternoon in Madison to be officially pardoned of his conviction. The second chance allows him to finally pursue his career dream of becoming a military chaplain.

"There's two people in this world: Those that have gotten caught and those that have not gotten caught," Vasser said. "I was the one who got caught, and I'm glad I got caught because it helped mold my life into what it is today. It allowed me to see reality for what it really is."

Vasser developed two programs in Georgia that mentor young men who were incarcerated. His pardon means he can now apply for federal grants to help fund his mission.

Three other men were pardoned Monday by Evers. Eric Pizer committed a substantial battery during a bar fight while celebrating his return home from a second tour of duty in Iraq.

Kevin Sorenson was convicted of a felony for selling ecstasy at a party when he was 17.

Sixty-two-year-old Steven Nichols was 21 when he committed a felony burglary and misdemeanor criminal damage to property. Evers said all have paid their debt to society and deserve a second chance.