Packers fans deal with treacherous road conditions after the game 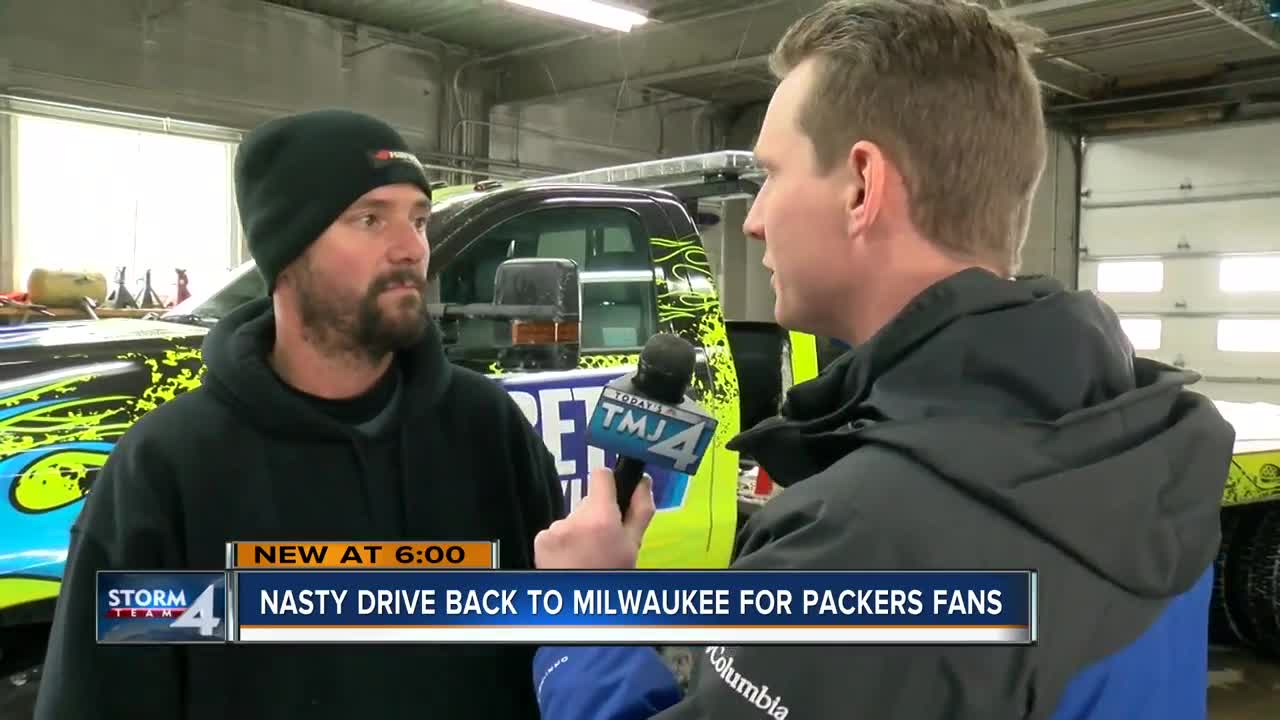 Law enforcement said they responded to more than a hundred crashes between Green Bay and Milwaukee overnight.

A magical night for Packers fans with flurries creating a snow globe effect inside Lambeau Field turned to sudden misery on their way home along I-43.

"Town of Wilson, be advised I-43 is all black ice. Use extreme caution," said a 911 dispatcher.

"There was nothing anyone could do, it was snow, there was no salt trucks out coming back south," said Packers fan Darren Collings.

The icy roads more than doubled Collings' drive time back to West Allis.

"A lot of snow, a lot of cars in the ditches, people driving way too fast for conditions," Collings said

Across Brown County, authorities say there were more than 40 crashes and more than 20 cars in ditches. Manitowoc County said they responded to 16 crashes and Sheboygan County deputies saw more than 20 accidents and stranded cars.

"Need to mark another vehicle in a ditch, mile marker 115. I'll be back after I hit the one at 116," a deputy told 911 dispatchers Sunday night.

"It's very, very rare," Johnson said. "I don't think we've towed 8 vehicles in the ditch in November since I've been working here."

TODAY'S TMJ4 meteorologist Brian Niznansky was also at the game and dealt with the conditions heading home.

"(Was it) an unbelievable snow storm? No, but it was the combination I think of that first layer of snow actually melting on concrete creating water, then the sheet of ice," said Niznansky.

While the lengthy commute cost Collings some sleep, he said the trip was still well worth witnessing a Packers victory.