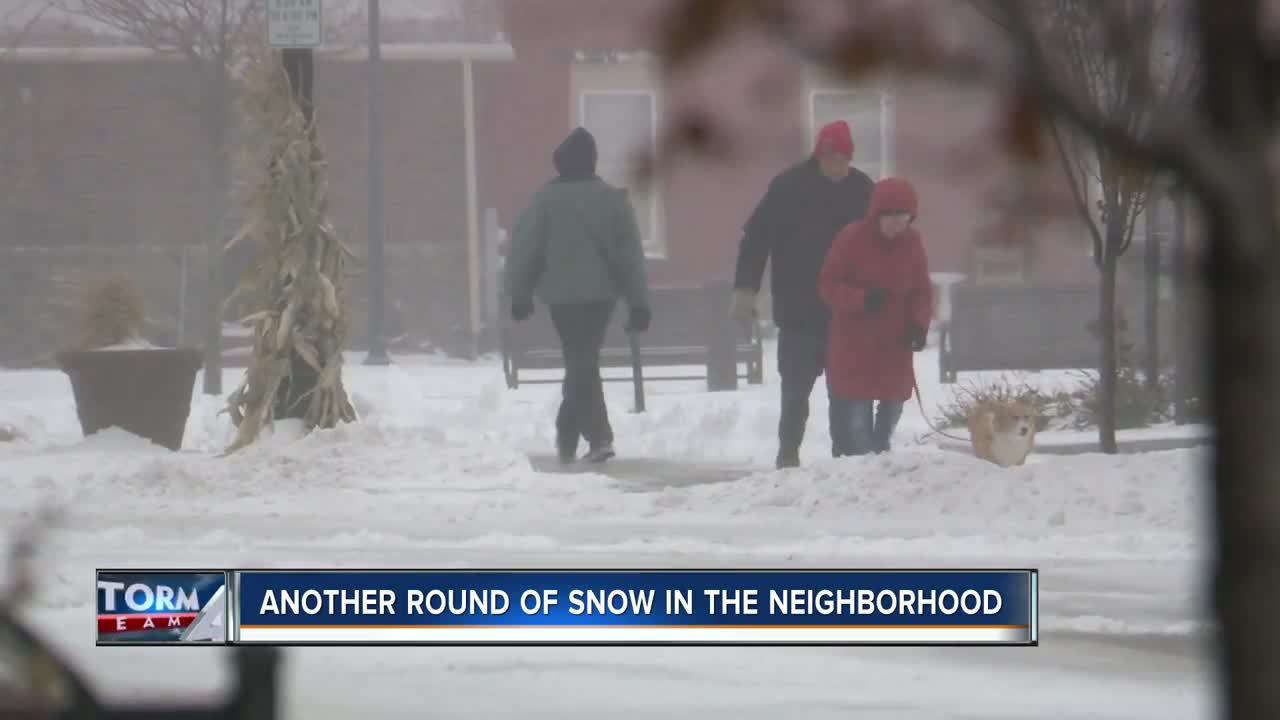 Lauren Winfrey talks with people in Milwaukee neighborhoods about the snow. The main issue is people not slowing down.

Cudahy, WI - Snow may be tapering off Monday afternoon, but snowy conditions definitely affected the morning commute. Milwaukee's Department of Public Works even deployed just over 100 salt trucks before midnight.

“There’s nothing fun [about the snow], just more dangerous so be careful out there,” Jose Rodriguez, who lives in Cudahy, said.

“It’s not the wet heavy snow. It’s just basically pushing it off to the side,” Gail Stauber, who lives in Cudahy, said.

When there’s ice and snow, it’s assumed drivers will take it slow, but Sali Tairi said that’s not always the case.

“There’s no such thing as speed for the people. They just don’t care. They just rush, rush to get nowhere,” Tairi said.

Wintry weather impacted the morning commute most —causing slow, slippery road conditions and delays. Sidewalks also filled with snow, prompting Tairi to shovel for himself and others in his Cudahy neighborhood.

“I’m old myself, but [I'm] just trying to help others [and] I just gotta keep moving,” Tairi said

Commuter safety was a top concern for Milwaukee County Sheriff’s Office, alerting drivers early to the possibility of snow accumulation up to 4 in., while cautioning everyone to take it easy on the roads.

The sheriff's office confirmed deputies assisted at least 18 disabled vehicles throughout the morning and responded to three people with injuries.