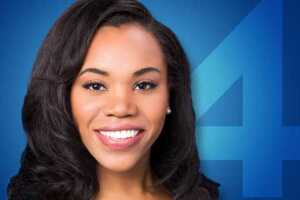 Lauren Winfrey is a Detroit native living in Dairyland and reporting for TODAY'S TMJ4. She joined the station in November 2016.

Lauren comes to the station after spending a year in Madison at WMTV|NBC15. There she worked as a multimedia journalist and morning reporter.

Winfrey graduated from the University of Michigan (Go Blue!), where she majored in English Language and Literature. She later completed graduate work at Syracuse University earning a Master of Science degree in Broadcast & Digital Journalism from the university's S.I. Newhouse School of Public Communications.

Lauren can't say she ever dreamed of being a television news reporter, but she does believe it is a part of her destiny. Growing up, writing and storytelling were always her favorite hobbies.

Lauren is looking forward to continuing her career in Wisconsin, and has adopted the state as her second home. In her free time, she enjoys hanging out with her multipoo, Bo, reading a good book, and hunting down the best pizza in town!

If have a story idea for Lauren or are just interested in saying “hi,” you can email her at lauren.winfrey@tmj4.com