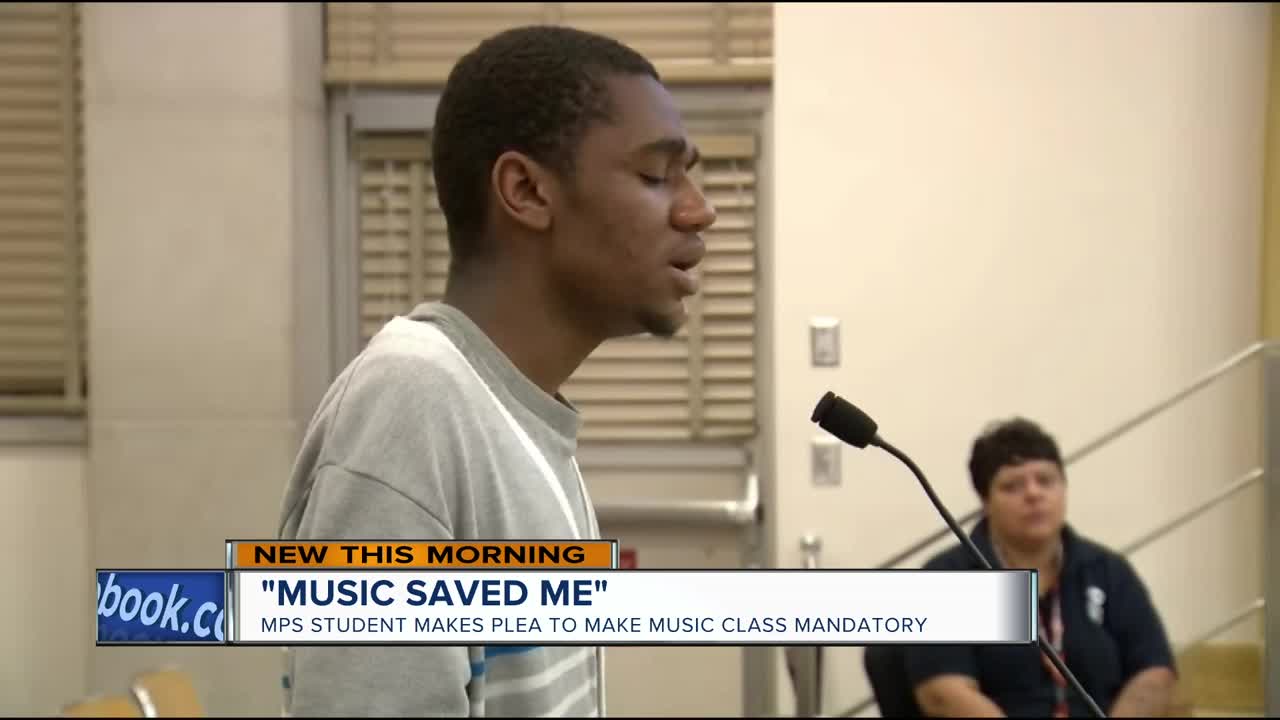 A 16-year-old's speech racked up nearly 200,000 views on our Facebook page. He was pushing for music class to be mandatory at all Milwaukee Public Schools. 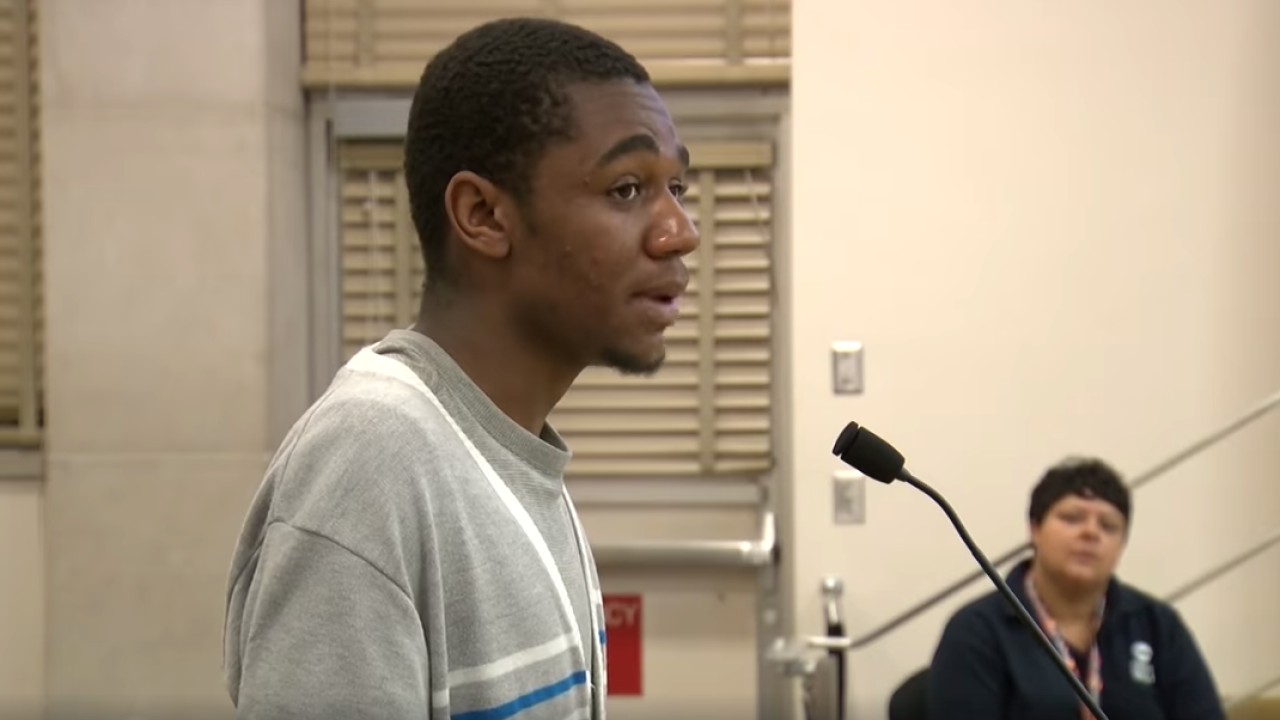 Dasonie Nelson is pushing for music class to be mandatory at all Milwaukee Public Schools.

We spoke to the MPS junior at Milwaukee High School of the Arts about how he struck a chord for so many in our community, "I learned that my life is worth something. Despite what people told me I could do anything."

The teen was one of more than 60 people who spoke before an MPS committee board last week, to back a proposal to make music classes mandatory.

Nelson says music class in his middle school changed his life, "It made me feel better to sing through my issues and my problems."

Under the proposal, MPS schools would be required to offer at least 60 minutes of music per week for kids in second grade and younger. That number would grow to 200 minutes a week for high schoolers.

The proposal would still have to pass the full board later this month.