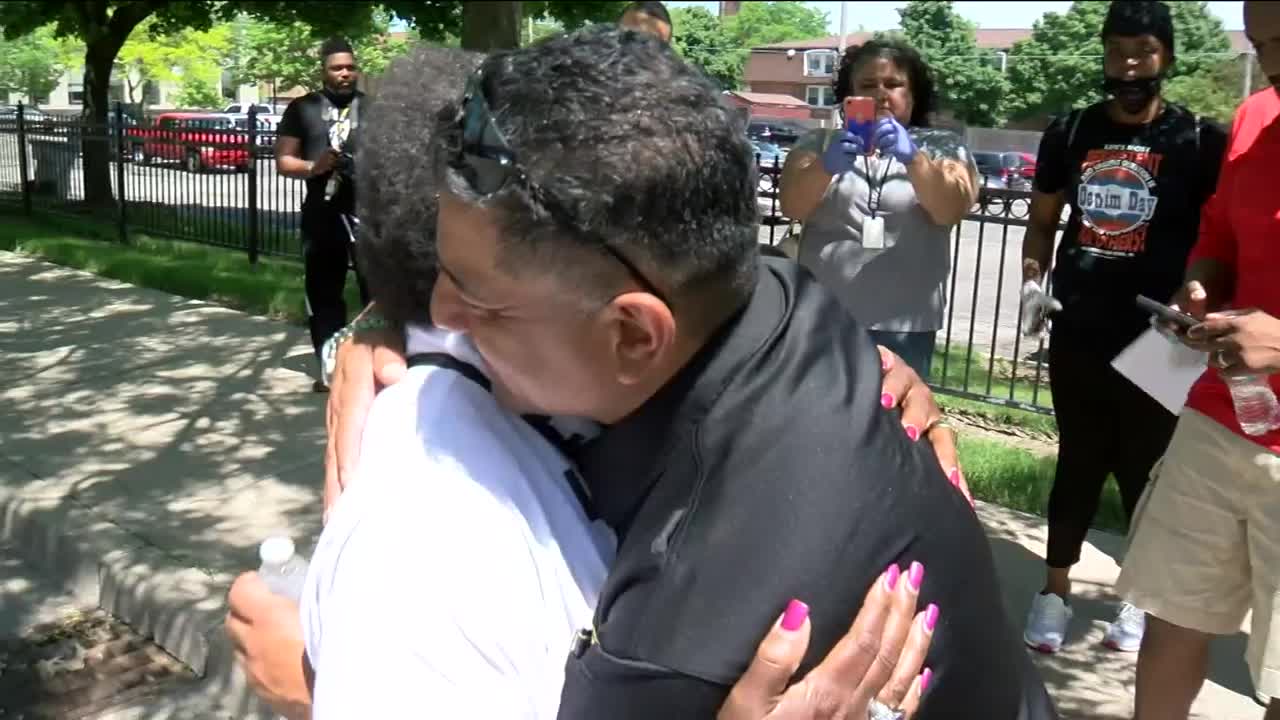 Our Tony Atkins joined Police Chief Alfonso Morales Thursday as he interacted and connected with the Milwaukee community.

MILWAUKEE, WI — On day 7 of protesting in Milwaukee, the city's top cop decided to get outside on Dr. Martin Luther King Drive to speak with members of the community.

“Tell all of the men, Thank you for the courage," one resident told Morales as she gave him a hug.

Morales said he's been working to get out into the community to speak with residents amid today's tense times.

“Since Sunday, we’ve been trying to get out to some of the events, it’s just, though, with what's going in our city is so dynamic, so it’s difficult," Morales said.

One of the leaders joining the Chief was Pastor Marlon Lock or Unity Gospel House of Prayer.

“It’s been an issue, and I think injustice and racism, as black and brown people, we both can relate to," Lock said.

When asked about improving the department's systematic approach to policing in communities of color, Morales said he's pushing for better training and accountability.

“It starts at the academy, and we have to keep reinforcing that," Morales said.

Activist Frank Nitty said what protesters also want is accountability for officers accused of using excessive force. That includes officer Michael Mattioli who faces a reckless homicide charge in connection with the death of Joel Acevedo. Mattioli was off-duty at the time.

Chief Morales said he plans to walk in more communities to hear from people. He hopes it'll eventually continue to help build trust in the community.