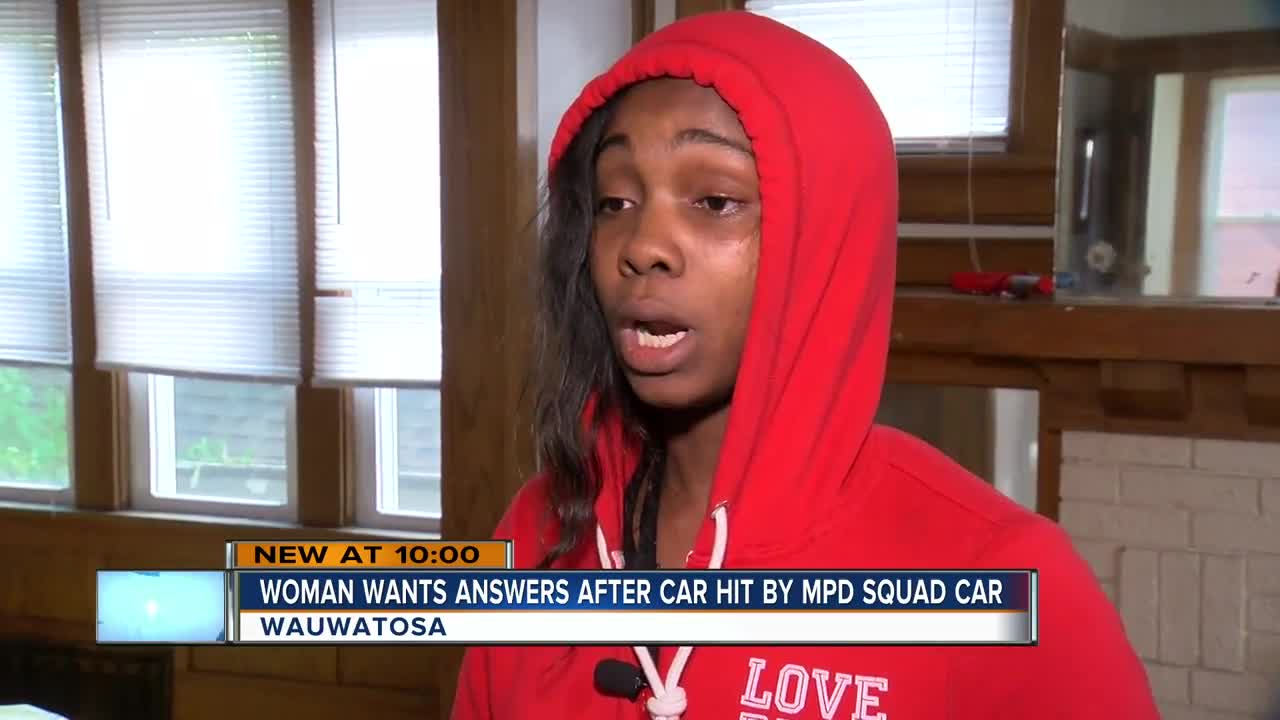 The mother of a newborn says she is angry after her car was hit by a Milwaukee police squad.

MILWAUKEE — Monica Hale and her family were inside their SUV when it was hit by a Milwaukee Police squad car in Wauwatosa on Saturday, October 12.

Monica said the family was traveling home from the mall on North Avenue but when they went through the intersection near Wauwatosa Ave, that's when the squad car hit them.

Wauwatosa Police said the Officer was traveling to Froedert Hospital and had their lights and sirens on before the crash, but Monica said that's not the case.

"He didn't have his sirens on, we didn't hear anything," said Hale.

Monica's 2-month-old baby, A'kyra was taken to Children's Hospital and treated for blunt force trauma to the head, the baby was diagnosed with subarachnoid bleeding. Monica said she is worried about her newborn's health but ultimately is thankful she is alive.

"I didn't do anything wrong for this to happen to me and my baby," said Hale. "I feel the back of the head they say oh that's normal and I'm like no, that's my baby, she has contusions to her head."

Monica wants to know why the officer was traveling through Wauwatosa with their lights on and hopes the officer responsible for the crash is held responsible,

"It was their fault. Whatever punishment is necessary they should receive because you all could have took our lives! You all were going to a non-emergency situation and you all caused more victims," said Hale.

We reached out to Milwaukee Police, but they did not return our messages.