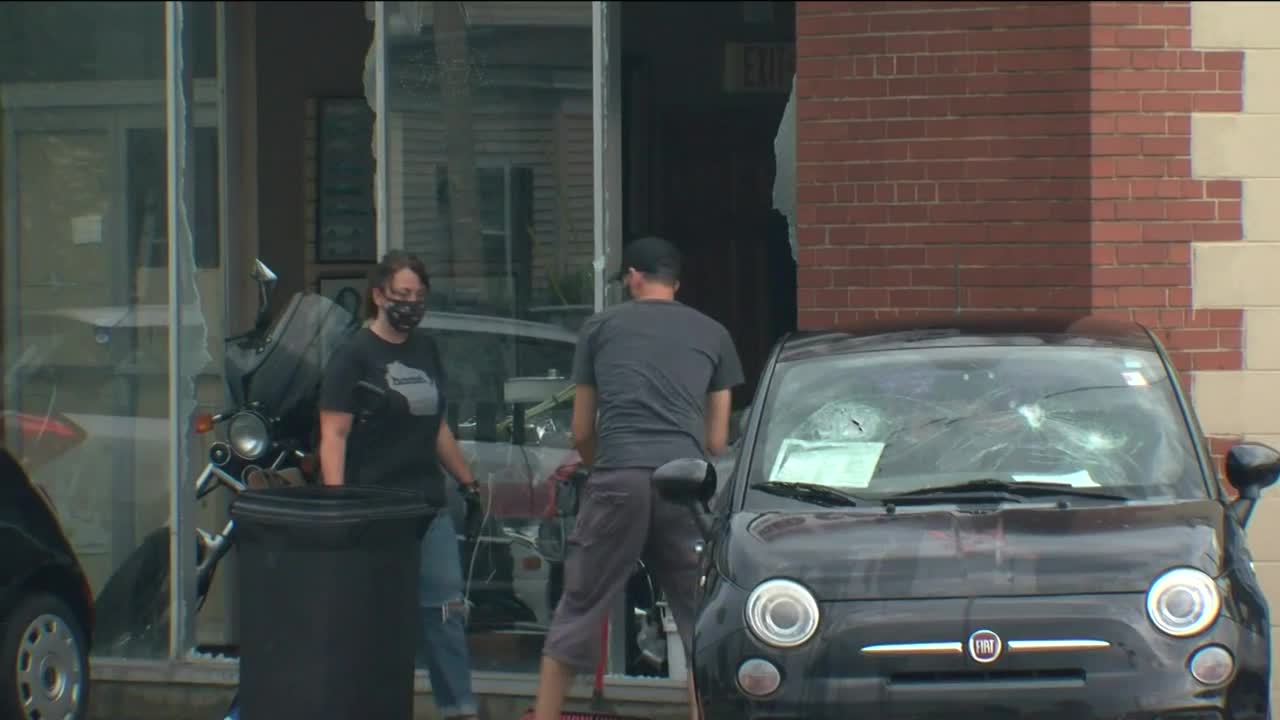 More community devastation in Kenosha following another night of civil unrest which led to businesses and institutions in the city to being destroyed in the aftermath of the police shooting of Jacob Blake. 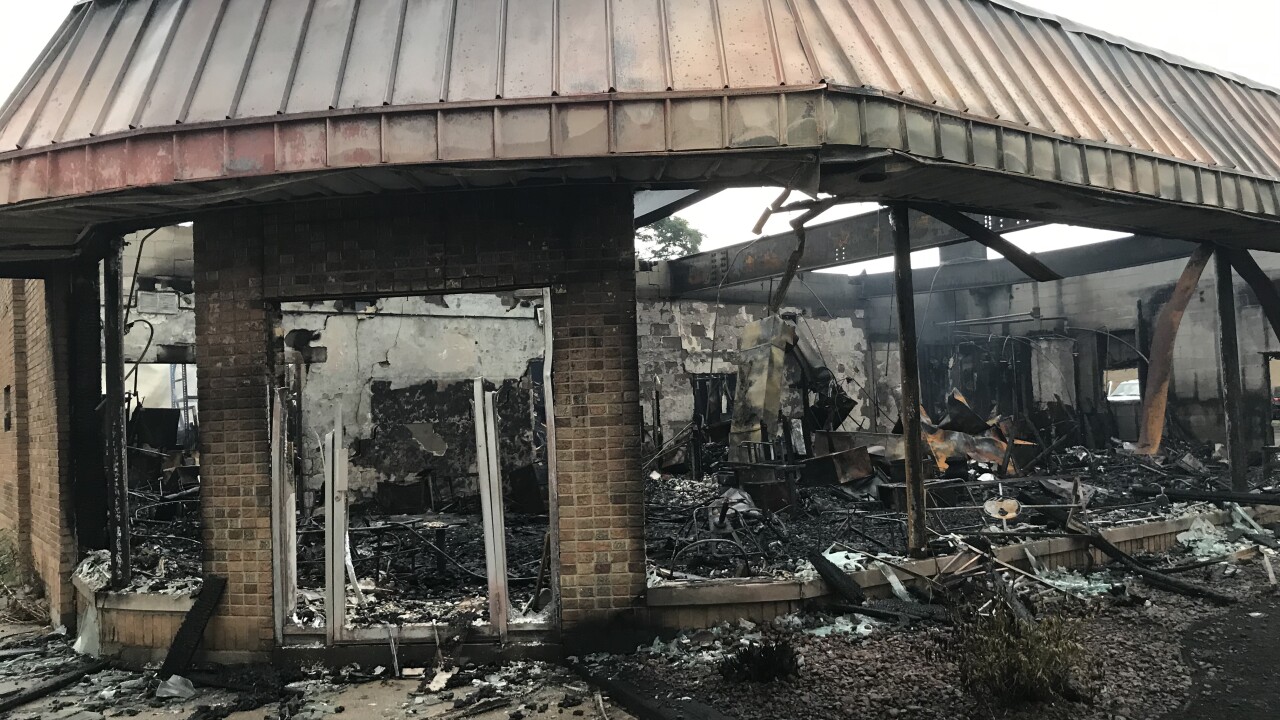 KENOSHA — More community devastation in Kenosha following another night of civil unrest which led to businesses and institutions in the city to being destroyed in the aftermath of the police shooting of Jacob Blake.

Along 60th street, near the Department of Corrections building at 13th Avenue, several businesses were destroyed.

The Department of Corrections building was set ablaze and crews worked to demolish the building on Tuesday morning. Hot spots and flames still shot out of a neighboring business, B&L Furniture, which was targeted by vandals overnight as well.

"It's just all gone," said Linda Carpenter as she cried into her son Scott's arms. She and her family have owned their furniture shop for nearly 40 years before it was reduced to a pile of burning debris.

"My next job is to clean this up and then after that, I don't have a job," said Scott as he realized their livelihoods had been smashed.

On the same block, several car dealerships were destroyed and local businesses were busted into and vandalized.

Randolph Sanders has lived in Kenosha since he was a kid. He watched as properties were looted and burned overnight and said he was upset to see peaceful protesting interrupted by violent criminals.

"Most people were just walking around like they were in a parade but then you had random people who were doing these things," said Sanders.

Despite an overnight curfew and assistance from the National Guard, the overnight civil unrest was devastating to residents and property owners in Kenosha.

"I don't justify the shooting whatsoever, but I can justify these people's livelihood," said Sanders.

On Tuesday morning, volunteers showed up to help sweep up glass and restore as much order as possible.

"It's devastation," said Davis Hutto, who showed up to help pick up the pieces. "[The business owners] work their entire lives to have these businesses."