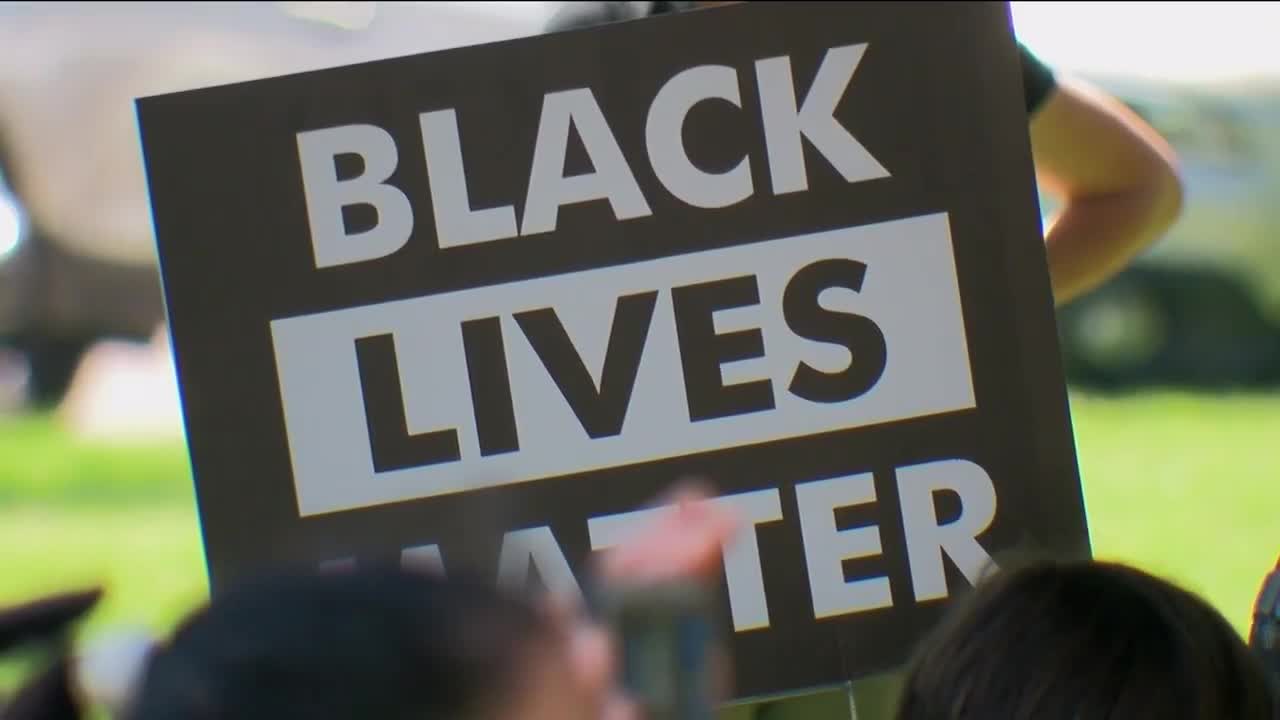 PORT WASHINGTON — A large crowd of people marched in support of the Black Lives Matter movement in downtown Port Washington on Sunday.

The organizers of the march weren't expecting the large size of the crowd.

"It gives us hope, I feel like, because you know it is a predominantly white community," said organizer Izzi Wickus. "So you know, I think that organizing this protest really shows Black lives matter here, too."

A week ago she and a few others say they were verbally harassed by a man while they were holding up signs in downtown Port Washington. The incident was caught on camera and Port Washington Police are investigating. The man's family has since apologized.

"After that incident it kind of gave us more of a larger opportunity to get more people to come together and come here," said Wickus.

The crowd marched through downtown Port Washington and heard from a few speakers at the Veterans Park shell.

Alexus Beach spoke at the event who grew up in Port Washington.

"It's a privileged lifestyle, but there were lots of stereotypes that I was supposed to fulfill that I wasn’t privy to because I grew up with these kids, I acted the same way they did," said Beach. "So I didn’t understand why I was supposed to speak and think differently than they did with the same experiences they had."

Now Beach says she lives in Milwaukee and has marched there, too. But she still wanted to make an impact in her hometown.

"I hope that with these events it's going to get better," Mueller said. "And I know it will, because things are changing because of stuff like this, people are noticing that things need to change."

The event drew people families, friends and people of all ages, including Marge Behlen, a World War Two veteran.

When Behlen was asked if she thought change would come from the protesting, she expressed signs of hope.