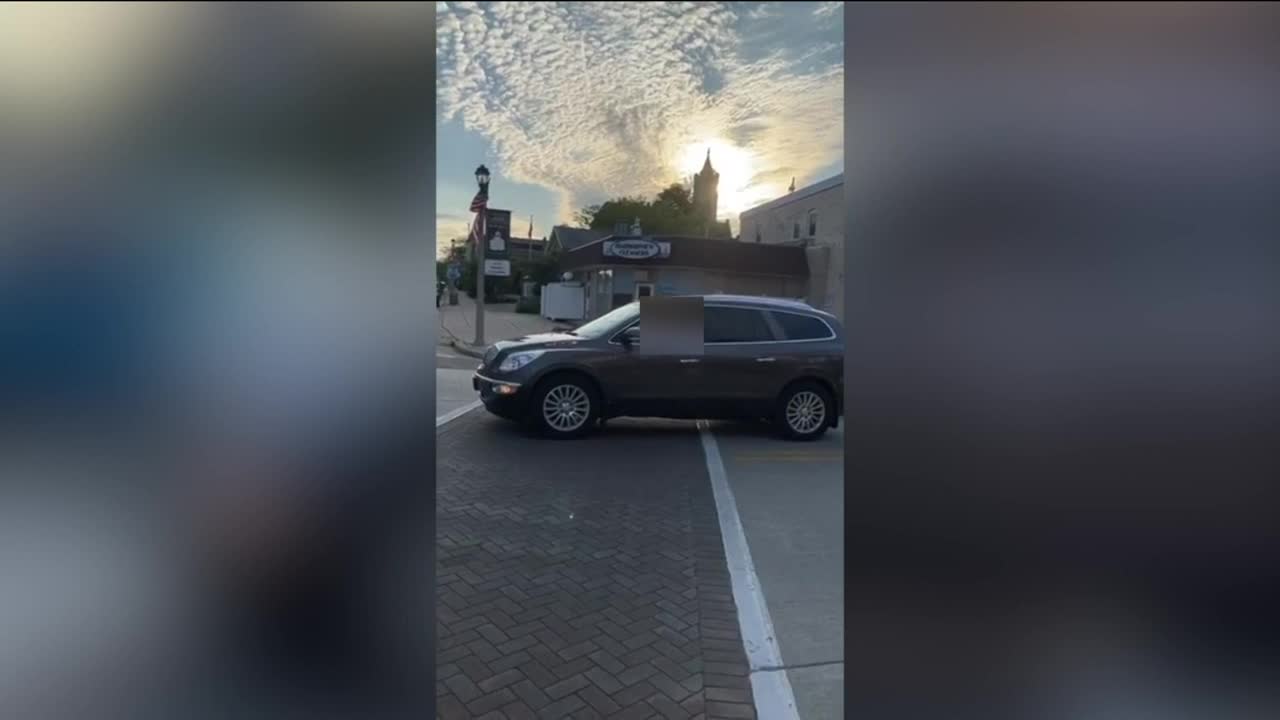 Port Washington police are now investigating after a group of young women say they were verbally attacked while protesting Friday night.

Port Washington police are now investigating after a group of young women say they were verbally attacked while protesting Friday night.

Natalie Kelm, Izzi Wickus and a few other friends were holding a small protest to bring awareness to the black lives matter movement and police brutality at the corner of Grand Ave. and Franklin Street when a man stopped traffic, rolled down his window and said, “I hope you get raped by a black guy.”

It was all caught on camera.

“We were all speechless at first like wow did he really just say this to us,” Wickus said. “Especially for young women, when you just hear the word, ‘rape,’ it’s definitely a concerning topic.”

“I was upset and I felt sort of threatened I guess and a little harassed,” Kelm said.

During the encounter, the man also said to the young women, “You’re all fat and stupid.”

As they were protesting, they did get some negative feedback which they expected.

“Getting flipped off, people would roll down their windows and scream ‘all lives matter,’” Kelm said.

However, they weren’t prepared for this. Kelm and Wickus said all they wanted to do was educate their community and that they were peaceful. The group of protesters was holding signs, but wasn’t chanting.

“We definitely have underlying racism issues here in Port and not a lot of people like to talk about that,” Kelm said.

“It was important to do it in a small town like Port Washington where it’s predominantly white, so we figured even if it’s just holding a sign, maybe we can get this idea that racism is happening in our community even if we don’t see it every day,” Wickus said.

Eventually, the guy stopped blocking traffic and drove off. Now investigators are looking into the incident.

“Hopefully this will encourage him to change his behaviors in the future,” Wickus said.

TMJ4 News reached out to driver’s family for comment. They released following statement:

We apologize profusely for what happened. It’s an unfortunate situation and an isolated incident.

Kelm said she and her friends thank the family for their apology.

“It really, really does mean a lot and we really appreciate it,” Kelm said.

Port Washington police said they will protect residents’ rights to free speech and that they don’t condone the actions of the driver. They referred the investigation to the City Attorney’s office.