An anti-racism rally was held Monday night at City Hall after a Milwaukee contractor was seen with racist decals on his lunchbox.

An anti-racism rally was held Monday night at City Hall after a Milwaukee contractor was seen with racist decals on his lunchbox.

"KKK, fascism, white supremacy all just needs to be smashed especially in the workplace," said Isabella Beaupre with the Young People Resistance Committee.

"It's hate.  We are against hate 100 percent," said DiAndre Jackson, CBTU President.

The employee, a union member and resident of Milwaukee who lives on the South Side, was fired.

"We think that the city needs to be held accountable to not have white supremacist working on city projects," said Tracey Schwerdtfeger of the Milwaukee Area Labor Council.

A jogger saw the controversial cooler near 25th and Wells Streets last week with a KKK and Confederate Flag sticker on it.  Someone left the contractor a message on equipment there over the weekend.  A spray-painted message said, "Racists Go Home." 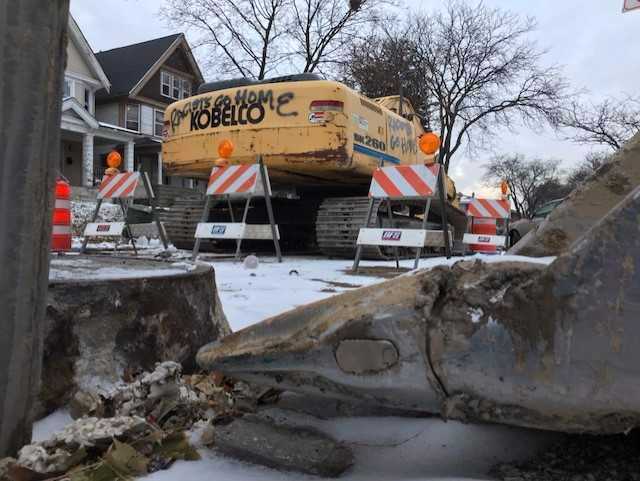 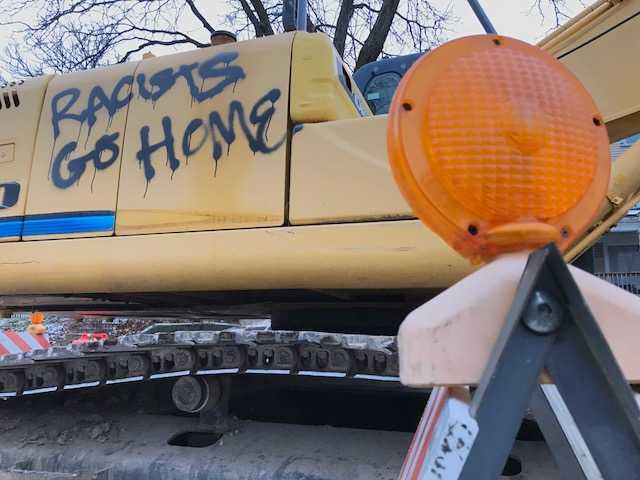 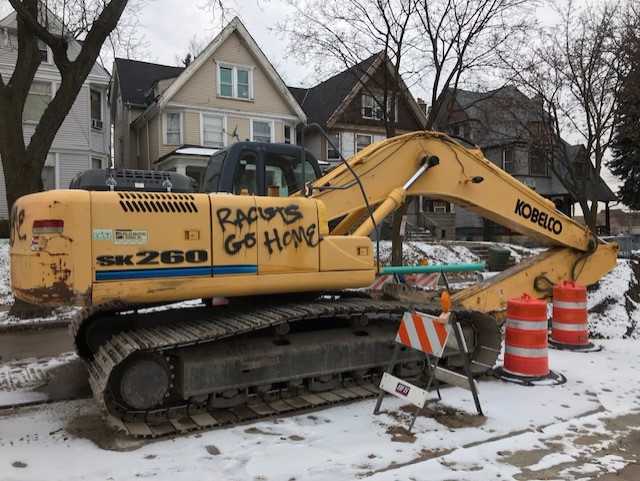 Alderman Bob Bauman said American Sewer Services was encouraged to take the day off from the job site.

The city hired American Sewer Services out of Hartford for this job.  This is the same company with employees caught on camera brandishing guns at 19th Street and Meinecke Avenue.  The contractor is also believed to employ the person who sent racial messages to council members.

"This is not going to be tolerated within the city limits of the city of Milwaukee especially when taxpayer dollars are being used to pay for this work," Bauman said.

City leaders are working on a resolution to ban guns from subcontractors on the job if possible and that's not all.

"There's going to be a big push for the current contract to be terminated and perhaps to prevent this particular contractor who's based in Hartford, Wisconsin to do any further work for the city," Bauman said.

"I share the outrage expressed by city leaders over this disturbing display of hate speech. It in no way represents the feelings of American Sewer Services nor our diverse group of employees. The offending employee was immediately dismissed because of his inappropriate actions. We are in the process of updating our internal policies so that we may stop any re-occurrence as well as implementing a new weapons policy. American Sewer Services has had an excellent relationship with the City of Milwaukee for over 30 years. We look forward to working with city leaders to help restore their trust in us."

There's a hearing Wednesday with the Department of Public Works Commissioner.  Thursday the owner of American Sewer Services will appear before council members.