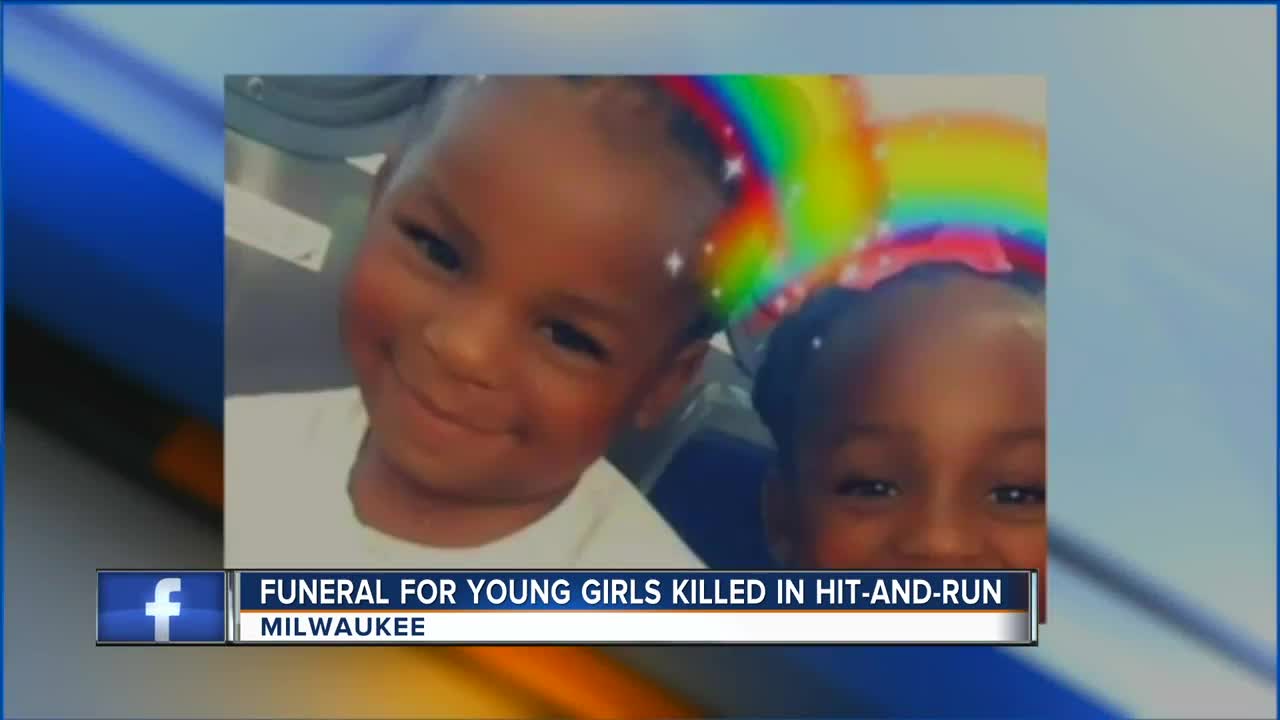 Hundreds came out for the funeral for 6-year-old A'Lisa Gee and 4-year-old Amea Gee, the two young sisters killed in a hit-and-run last month.

Jerusalem Baptist Church was filled with things the sisters loved; unicorn balloons and trinkets from the Disney movie "Frozen." It reminded people just how young the girls were. The minister called the funeral a "birthday celebration" to honor the two young lives.

"One day you're here and one day you're gone," said Charmaine Bryant, a family friend who attended the visitation beforehand. "It's a tragedy, and all these people out here showing all this love, I really appreciate it."

Court documents say the sisters were holding hands with their 10-year-old cousin while crossing the street at 22nd and Center on October 24. All three were struck. A'Lisa died at the scene, and Amea died days later. 10-year-old Drevyze Rayford-Gee survived, and he received a standing ovation at his cousin's funeral.

"I'm a dad, so it's heartbreaking to see those two little girls, it's just heartbreaking," said Milwaukee Mayor Tom Barrett. "So I grieve with the entire community for them."

Destiny Foster, the mother of A'Lisa and Amea, showed a moment of joy when she sang and danced with her three-year-old son. She wrote a memorial in the funeral program that shares how she dreamed of her daughters' proms and wedding days. It reads in part, "Necer thought I would lose you, Never thought I could give birth to two girls. Then they get snatched away."

People close to Foster ask for the community to keep her family in mind.