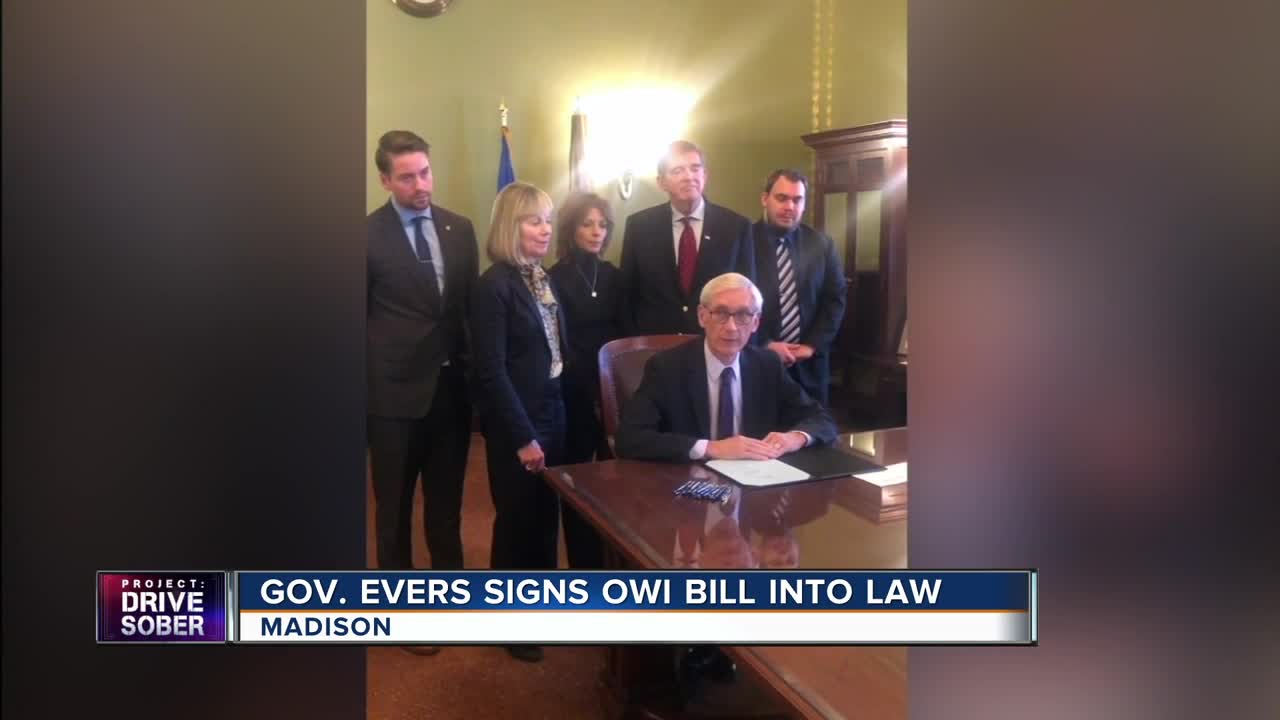 A bill TODAY’S TMJ4 has been following for the past year as part of our Project: Drive Sober initiative has been signed into law. 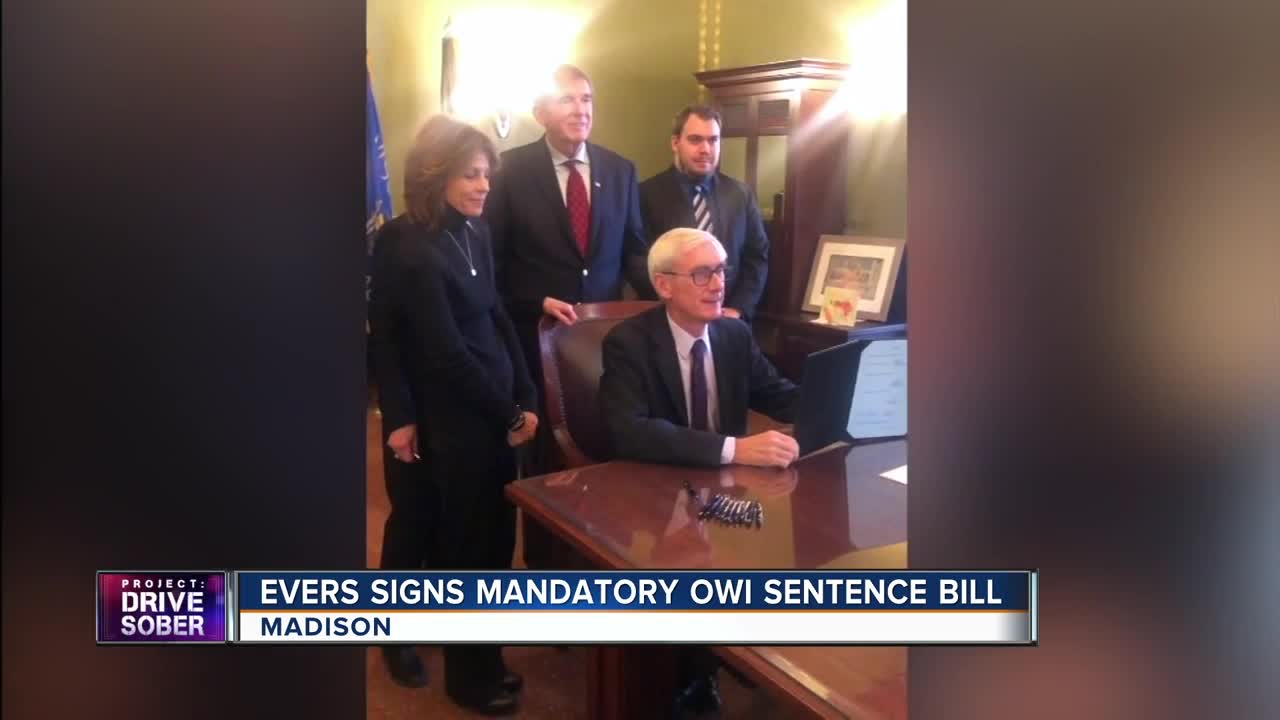 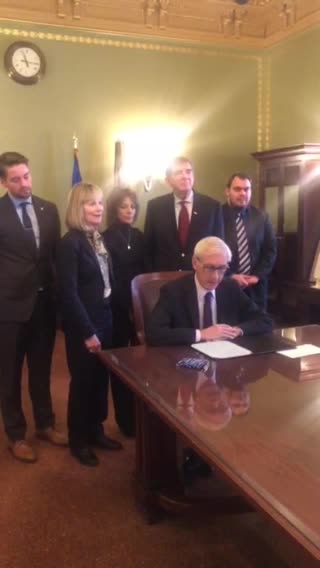 MADISON — A bill TODAY’S TMJ4 has been following for the past year as part of our Project: Drive Sober initiative has been signed into law.

Gov. Tony Evers signed a bill Wednesday that creates a mandatory minimum sentence of 5 years in prison for OWI homicide.

The bill includes a stipulation for judges to give a shorter sentence, but they have to put their reasoning for that sentence on the record.

State Rep. Jim Ott, R-Mequon, introduced the bill earlier this session. For the bill signing he was joined by Shelia Lockwood, a mother who lost her son to drunk driving last year.

“This is a step in the right direction,” Ott said. “I think we have many steps to go yet before we reach a point a where we really can say that drunk driving is just so unacceptable that nobody does it anymore that we reach a point where we can say our roads are safer, safe as they should be from drunk drivers.”

Ott has a number of drunk driving bills still moving through the legislature, including requiring a person to appear in court for their first OWI, as well as a mandatory minimum for 5th and 6th OWIs.

“Each one of these bills is like a piece of the puzzle trying to make our laws together in such a way that we provide a real deterrent to drunk driving and in doing so we make our roads safer,” Ott said.

Lockwood, who has followed this bill alongside several others in the legislature, said she won’t stop being a “squeaky wheel” for change drunk driving laws.

“If it saves one other family from going through what we have gone through, I’ll continue talking and continue helping,” she said.

She lost her son Austin in a drunk driving crash in Three Lakes, Wisconsin last summer.

The driver who killed Austin was sentenced before Wednesday’s bill was signed. He got three years behind bars.

“My son’s drunk driver would be spending a little bit more time behind bars,” Lockwood said. “But it’s great, I hope it’s a deterrent for other drivers to not drink and drive and I hope it helps other families.”

She told us she plans to meet with Illinois U.S. Sen. Dick Durbin of Illinois about more drunk driving legislation.

He is optimistic those will get to the governor’s desk later this session.

The OWI homicide bill received unanimous support in both chambers before heading to Evers’ desk Wednesday. It was unanimously passed by the Wisconsin Senate on Nov. 5.

The Democratic governor shut the press out of Wednesday’s bill signing.

In an interview with TODAY'S TMJ4's Charles Benson earlier this month, he seemed hesitant about signing the bill.