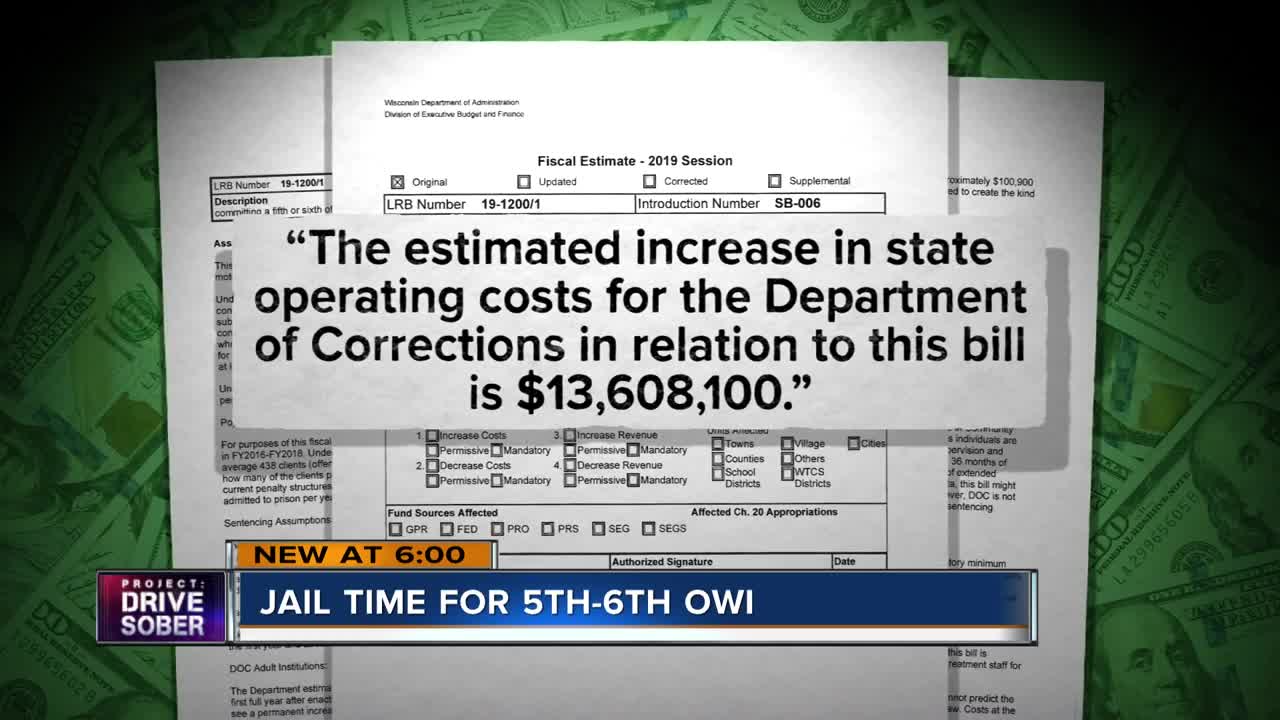 Nearly 42,000 people in Wisconsin have been convicted of at least five OWIs, enough to sell out Miller Park, and some of them have never served a day behind bars.

New legislation in Madison would require those offenders to spend more than a year in jail, but it could cost the state millions of dollars.

A few days later, a drunk driver in a dump truck tried to avoid officers in Beaver Dam. That man, Ted Tamminga, was convicted of his 5th OWI and was sentenced to five years behind bars.

Fifth and 6th OWI offenders can be sentenced to as many as 10 years behind bars. But they can also get as little as six months, with some of that sentenced served on probation.

Republican state Rep. Jim Ott has authored a bill to increase the punishment. His bill would create a mandatory minimum sentence of one year and six months for 5th and 6th time OWI offenders.

“I think that 18 months mandatory minimum in prison would send a strong message to chronic repeat offenders that we're not going to tolerate this in Wisconsin,” Ott said.

But the proposal could be costly. The fiscal analysis of the bill suggests it would require 23 new corrections employees, at a cost of $13 million.

“It costs a lot of money to incarcerate somebody, to have them under lock and key for a finite amount of time where you have to provide them meals and keep them housed,” said Democratic Sen. Chris Larson.

But Ott says the fiscal report misses a crucial part of what his bill aims to change.

“The reason that we're introducing this legislation for tougher penalties is not to put more people in prison or pay higher fines,” Ott said. “It’s to have a deterrent effect on bad behavior.”

The legislation may also face push back from lawmakers who oppose mandatory minimums, like Larson. They say it strips judges’ discretion and raises incarceration rates.

This proposal is one of a number of drunk driving bills expected to be considered this week in Madison. For more information on the other legislation, to contact your lawmaker to see where they stand, visit our Project: Drive Sober webpage, and join the Project: Drive Sober Facebook group.