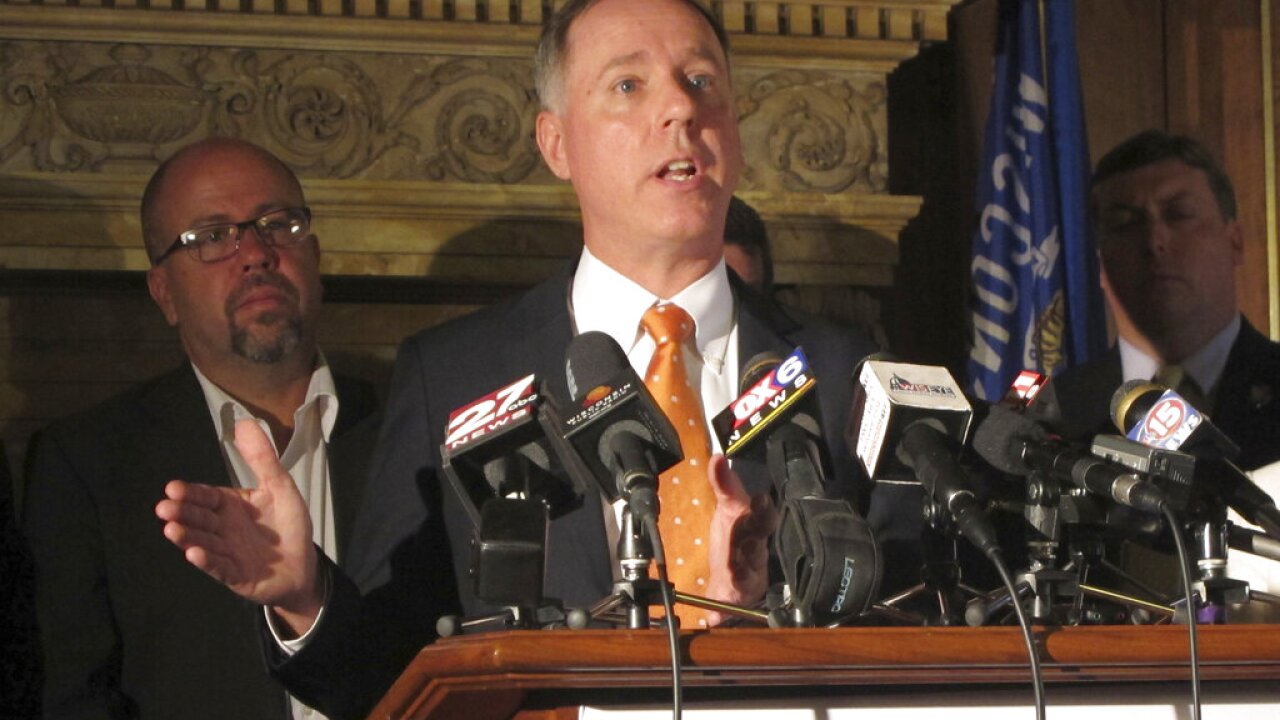 "With cases once again rising, it’s clear the governor’s go-it-alone, grab bag approach to responding to the coronavirus has been a failure," Vos (R-Rochester) said in a statement Wednesday afternoon.

The speaker further called on Department of Health Services Secretary-Designee Andrea Palm to submit the emergency order to the Joint Commitee for Review of Administrative Rules, "as required by law."

Evers and Palm issued the emergency order on Tuesday, which limits the capacity of bars, restaurants and stores in the state to 25 percent, starting at 8 a.m. Thursday.

Evers' administration issued a similar order last March. But that order was eventually blocked by the conservative-leaning Wisconsin Supreme Court, after the GOP-led legislature raised concerns of an overreach of authority by the governor's administration.

Wisconsin has become a hot spot for coronavirus cases in the country after schools reopened this fall. The state has tallied record-numbers of cases, hospitalizations and deaths. Particularly hard-hit areas include the Fox Valley and Green Bay, Wausau and other areas outside the state's two largest cities.

"I applaud the efforts at the local and county levels for their targeted measures and thank the scores of health care workers on the front lines of the pandemic," Vos said in the statement.

Wisconsin's response to the pandemic has been largely led by county health departments, in the wake of the Supreme Court decision that blocked the statewide health order.

Senator Steve Nass (R-Whitewater), who is the co-chairman of the Joint Committee for Review of Administrative Rules, said in a statement Wednesday that he will be requesting an executive session of the joint committee. Nass says that during that meeting, lawmakers will consider the passage of the latest statewide order issued by Palm.

"Emergency Order #3 is not enforceable in its current form and would become less so if JCRAR acts to require the Evers Administration follow state law and submit an emergency rule. I intend to present a motion for a vote in the JCRAR that would legally require the DHS to comply with state law," according to Nass.

A spokesperson for Gov. Evers' Office released the following statement: "On their 175th day of inaction, Republicans chose to send a letter. That says everything Wisconsinites need to know about Republicans’ priorities during this pandemic."