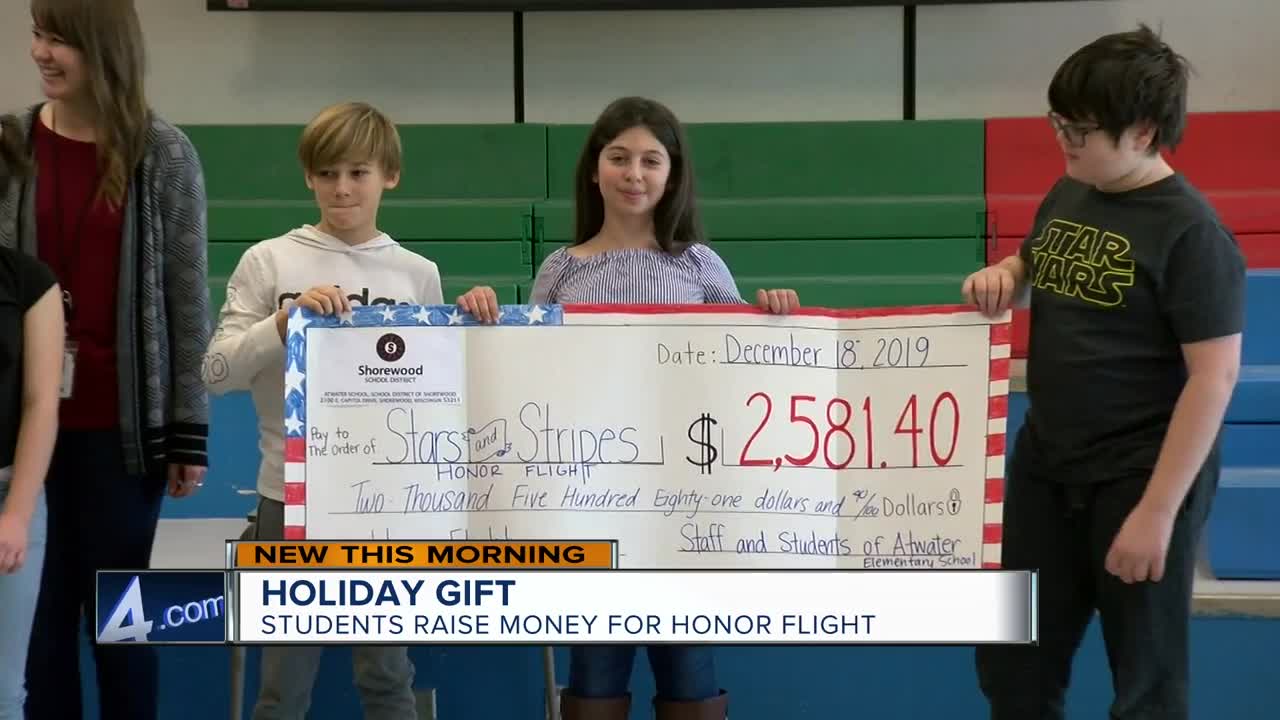 SHOREWOOD -- During this season of giving, an entire school banded together for veterans of war.

A student read the grand total at assembly.

"I was shocked!" said Kent Rice."I almost fell over! it was amazing."

Kent Rice is a Vietnam veteran and organizer of the Honor Flight. He says the money raised is enough to send five veterans to Washington D.C. for free.

Veterans from World War II, Korean War and Vietnam War are flown to Washington D.C. to see their war memorials at no charge.

"The one thing we learned as a nation is be against the war but don't take it out on the warrior. Support the warrior," said Rice.

Above all, the children learned an important lesson of how good it feels to give back. Second grade teacher Janet Reinhoffer shared how she got her class to raise money.

"I said don't just ask for it, ask if you could do chores to get paid for it," she said.

The Stars & Stripes Honor Flight sent more than 1,200 veterans of war to Washington D.C. for free this year. Click here to learn more about how to donate or volunteer.