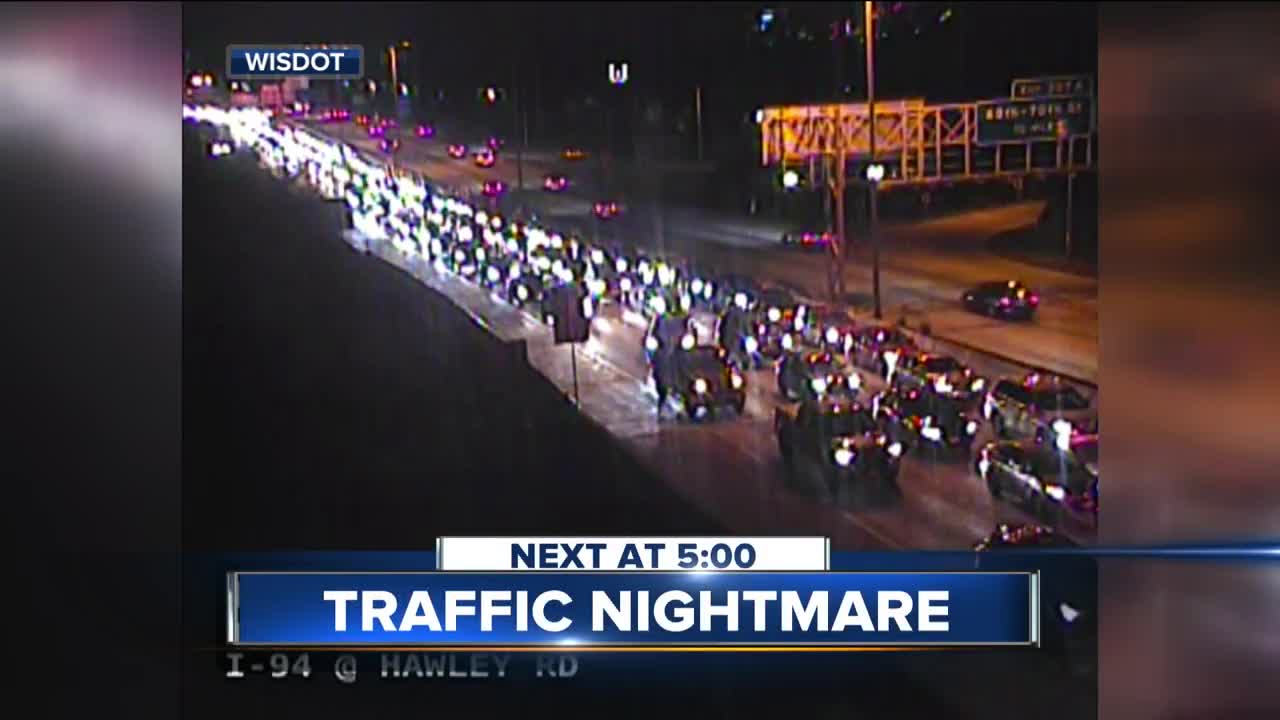 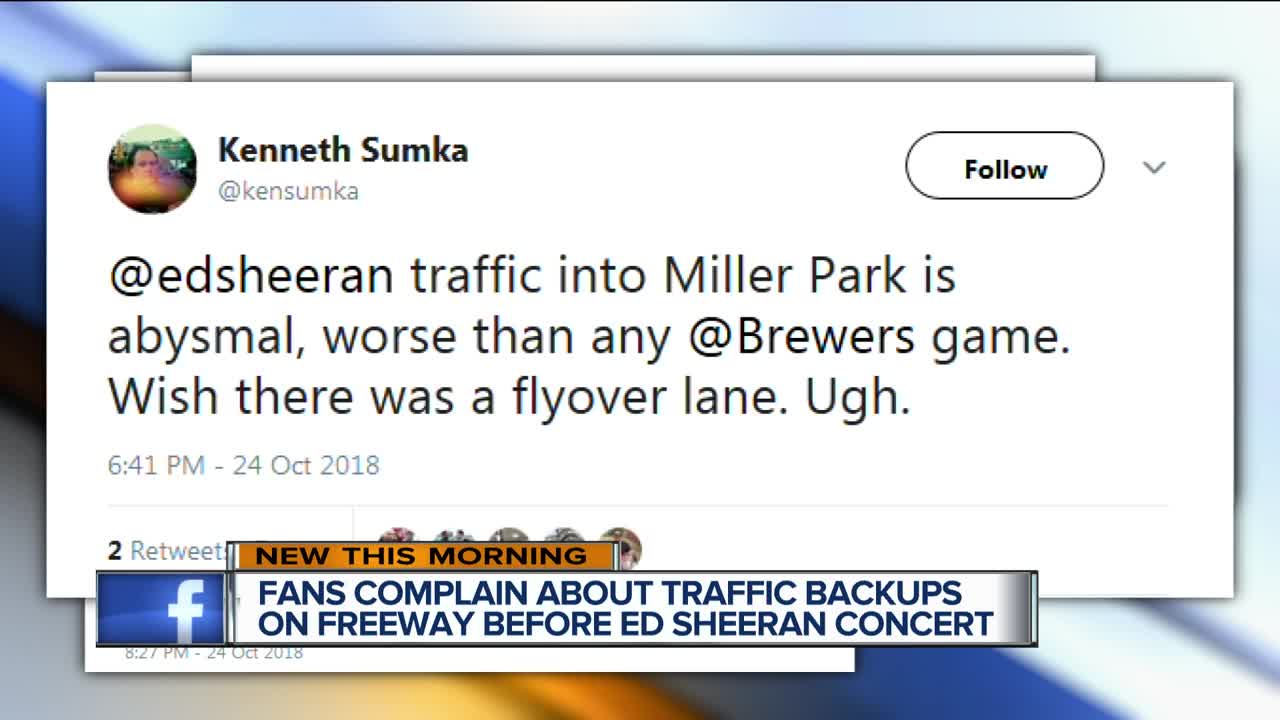 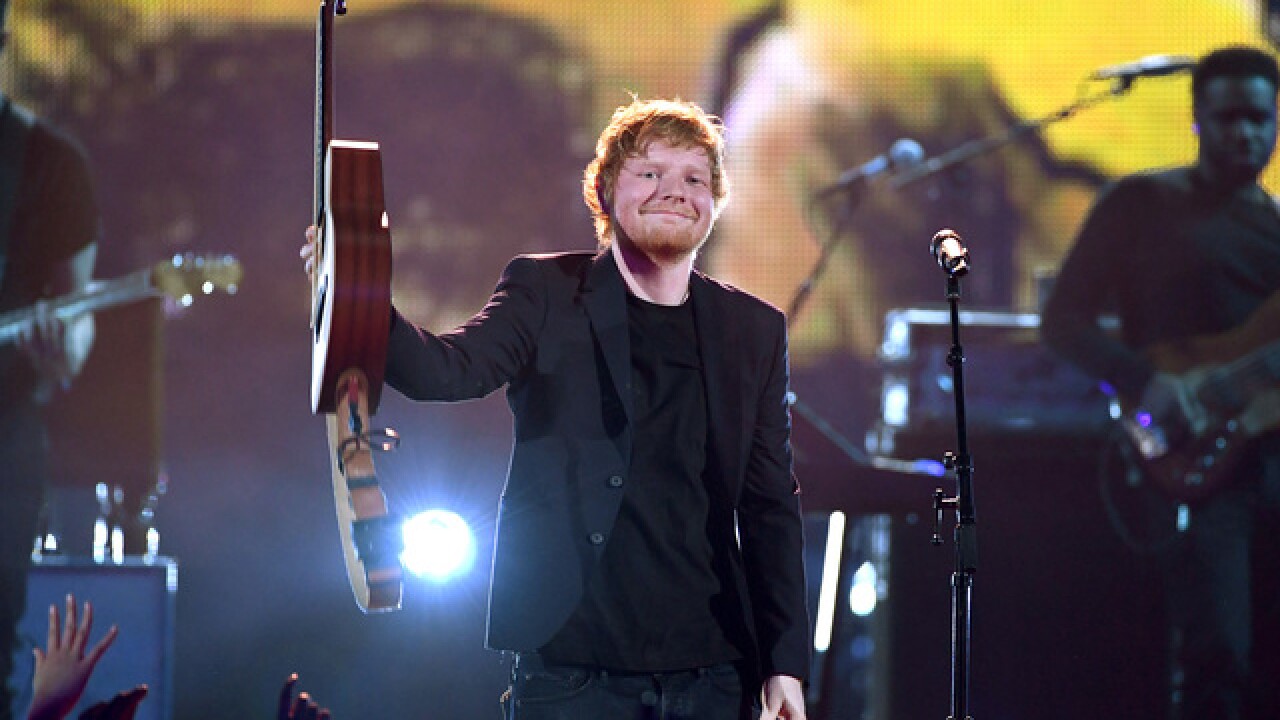 Pop star Ed Sheeran played a sold-out concert to fans at Miller Park Wednesday Night, but plenty of people nearly missed him because of traffic getting into the parking lot.

Fans already had to wait a full day to see Sheeran. Because of the Brewers playoff run and tour set up, the concert was pushed back a day. However, the readjustments were only beginning. Bumper to bumper traffic had fans gridlocked. Some say it took over an hour to move less than a mile.

"It should not take me three hours to get from the airport to Miller Park," Lora Radojevic said. "This is ridiculous."

Many of the concert-goers took to Twitter to vent their frustrations. Many missed the opener, Snow Patrol, and nearly missed the headliner, Sheeran.

PR nightmare for @millerpark . Stop taking our money and just let us in the lots. @edsheeran fans in gridlock traffic for hours. Hang on Ed, we’re tryin to get to ya!

@millerpark might want to take some lessons from @AVMTheatre on traffic control. That’s how pathetic your parking was. Should never take 2 hours to drive 4.3 miles. Thanks for making me miss the 1st 15 minutes of @edsheeran show. Now who’s going to pay for my gas?

@Impark you should be ashamed of how @millerpark and @edsheeran went today. Traffic completely held at a standstill - parking a complete nightmare - thousands of people missing a concert they paid good money for... Who is refunding is for the lost experience? @Ticketmaster

Another person said only one person was working in the parking lot she entered.

"I'm so angry about Miller Park parking right now," Jordyn Jurss said. "We couldn't have even handled a World Series if it was here. Letting one car into the lot at a time is ridiculous."

TODAY'S TMJ4 has reached out to the Brewers about the parking lot issues.

Below is a statement from the organization –

“We are aware that there was significant congestion on several major routes as people traveled to Miller Park last night, and the process of moving cars into the lots was slower than anticipated. Our goal is to always provide the best fan experience possible and for many fans last night, we did not deliver. There are several factors related to hosting a concert that are different than a baseball game that created challenges. Regardless, we need to do better and we apologize for the inconvenience.”