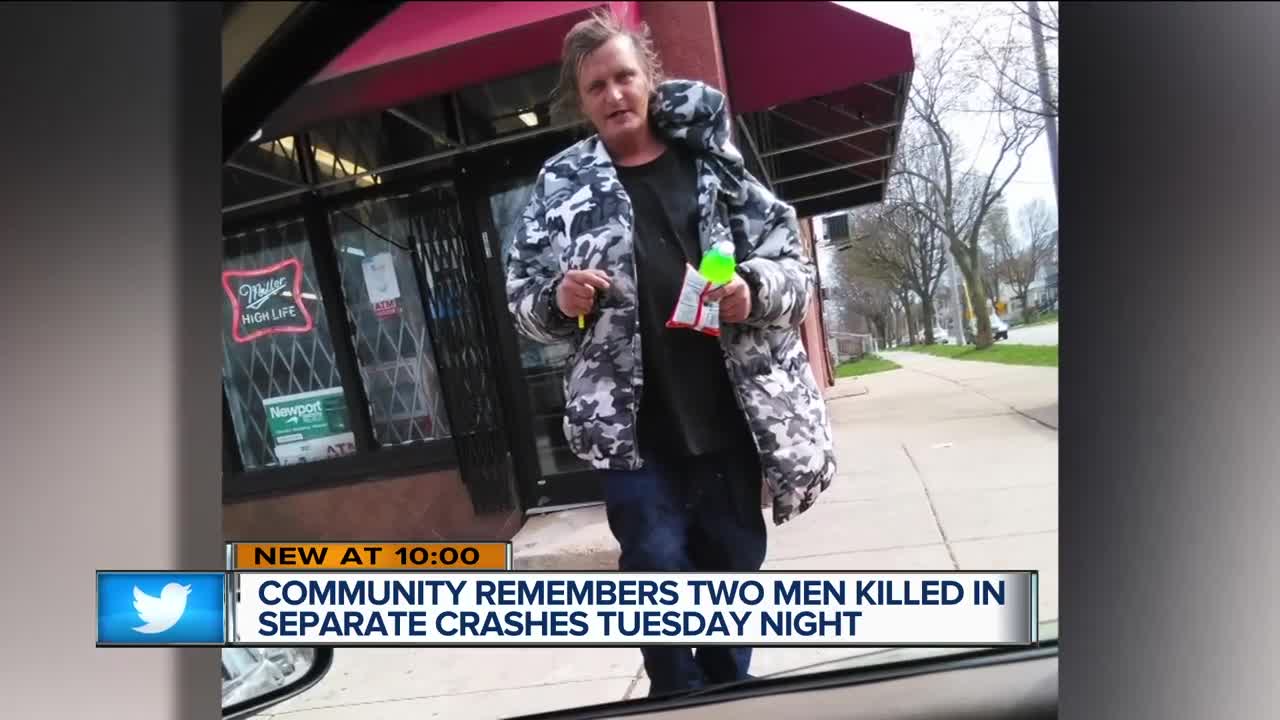 Two men were remembered Wednesday night after they were both hit and killed by drivers in Milwaukee Tuesday night.

MILWAUKEE — Two men were remembered Wednesday night after they were both hit and killed by drivers in Milwaukee Tuesday night.

Daniels was the Dean of the Marquette Business Administration School. Students on campus, as well as faculty members, remembered him at a prayer service.

Marquette senior Jimmy Carlton said. "it's too bad that we lost him so early because I think his best work was probably ahead."

Daniels had recently been named dean and had survived stage 4 lymphoma.

Garski had a legion of friends and was well known throughout the city. Garski was panhandling on a freeway offramp when he was killed.

Friend Eva Welch says "he was more than just a panhandler, he was a good guy." Garski spent 16 years on the streets, but 2 years ago had found a home according to Welch who met him through the Street Angels Outreach program.

Both drivers remained on the scene of the crashes. A 47-year-old man was arrested in Garski’s death, awaiting charges of Homicide by Intoxicated Use of a Vehicle. Official reports say several cans of beer were found in the vehicle.

A 20-year-old woman was arrested for Daniels' death. She is also awaiting charges of Homicide by Intoxicated Use of a Vehicle. In her case, authorities say drugs, not alcohol are likely a factor.