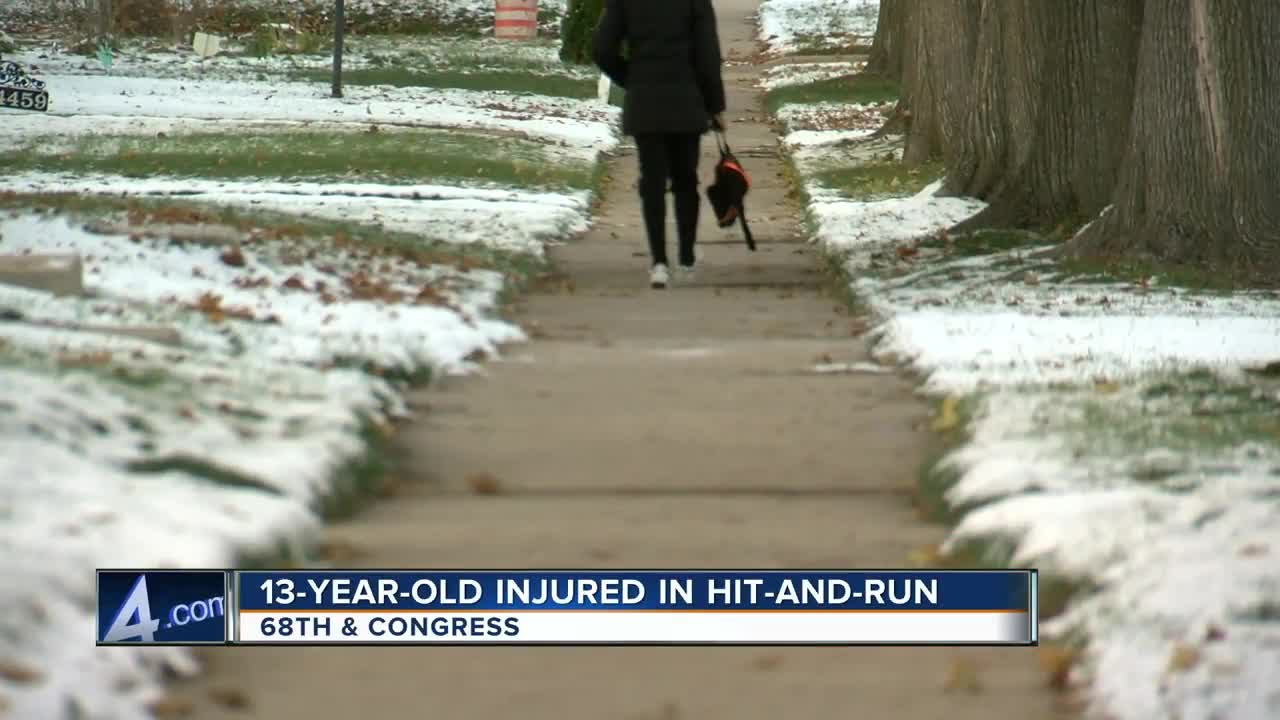 A 13-year-old boy was crossing the street on Thursday when he was struck by a vehicle near 68th and Congress.

According to the Milwaukee Police Department, the boy was attempting to cross the street near the intersection of 68th & Congress when he was struck by the vehicle on Thursday.

The boy ended up breaking some bones, according to his mother. He's expected to make a full recovery at home.

Residents in the neighberhood say that the reckless driving has gotten out of control.

"I see a lot of accidents and people running the stop signs even though they know they're there, they're running," said Latonya Pate.

Pate said she doesn't let her kids board the bus near the busy four-way intersection.

"I know a lot of kids been killed and I don't want nobody to hit my kids, that's why I take them to school," Pate said.

Last month, two sisters were killed and their 10-year-old cousin seriously injured after being struck in another hit-and-run near 22nd and Center.

The sisters were laid to rest on Monday, the same day a hit-and-run near Teutonia and Florist sent two young brothers to the hospital.

Community leaders say that residents are fed up. At a meeting on Friday night, people expressed frustration and discussed different ways to move forward.

"What ultimately comes down to it in my opinion, governing ourselves in our communities. These people are sons and daughters of people that we know, so there's six degrees of separation," said Nazir Al-Mujaahid, the Director of Strategic Partnerships at the Ma'ruf Center for Youth Innovation.

For information on reckless driving in Milwaukee, click here.