Common Council met with opposition to proposed slaughterhouse in Milwaukee 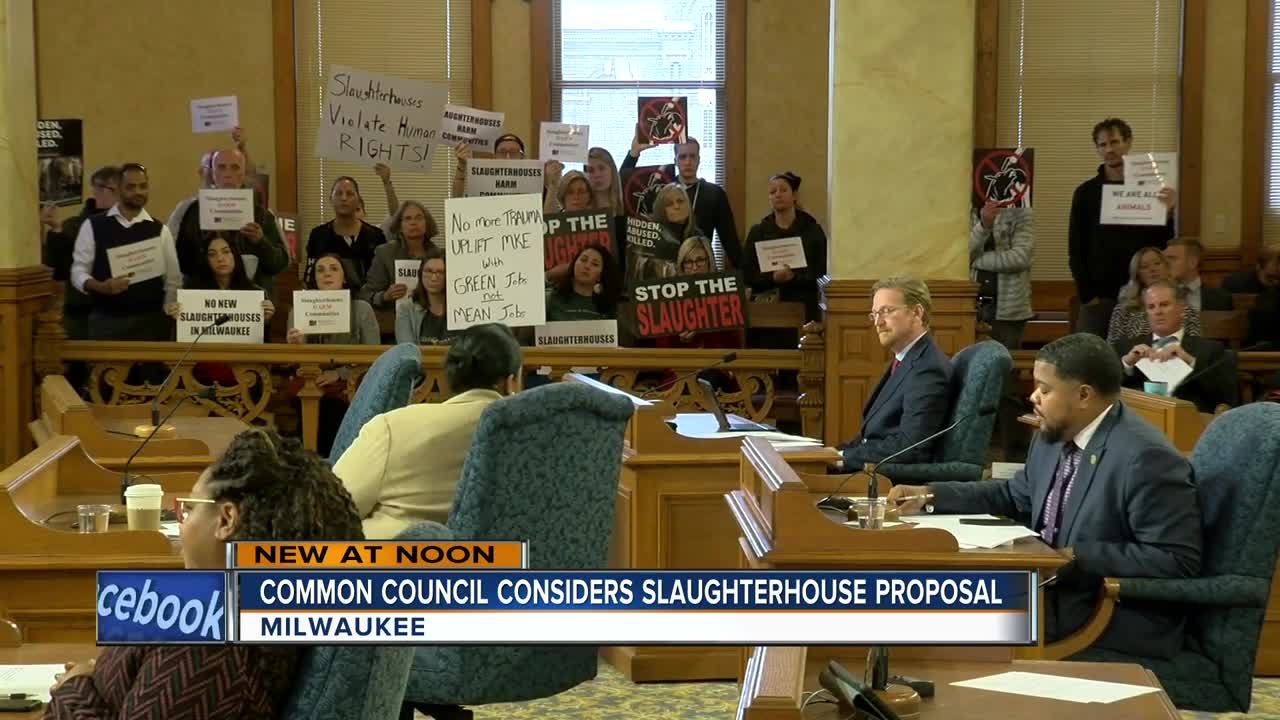 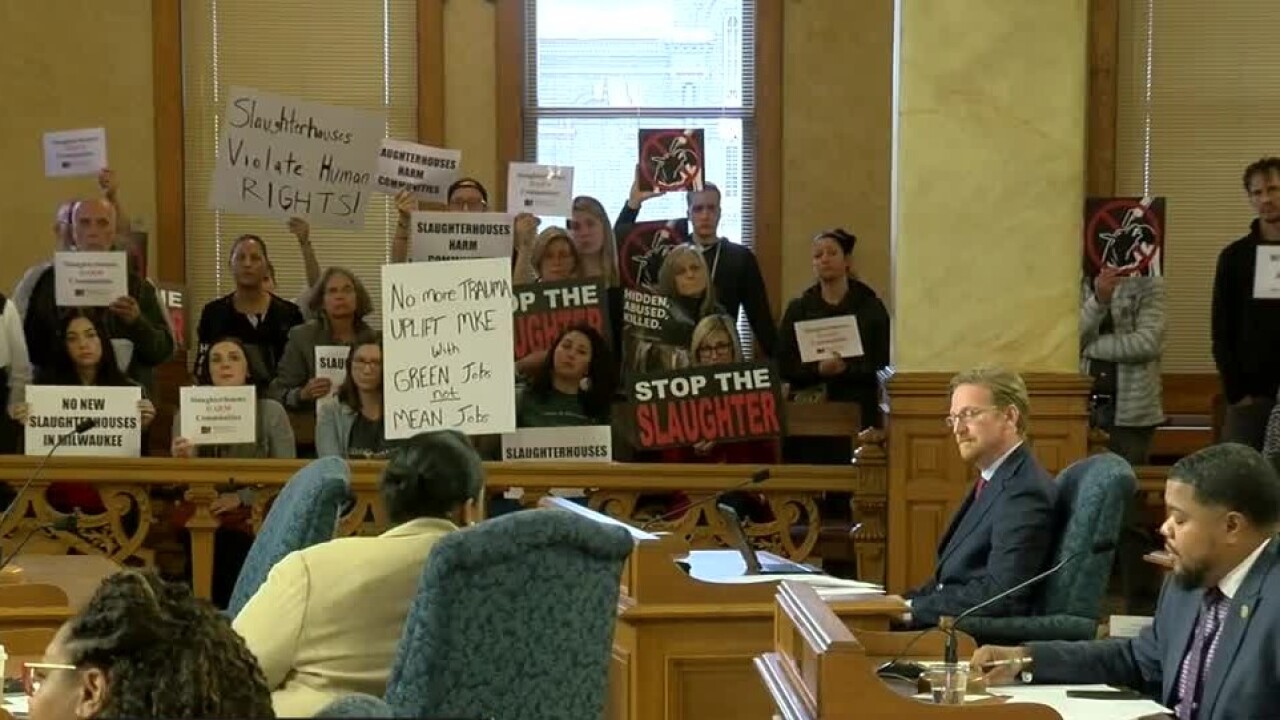 MILWAUKEE — A Common Council meeting Tuesday was met with outrage about plans to open an animal processing facility in the Century City Park near 31st and Capitol.

Dozens of community members voiced their opposition to a meat supplier’s proposal, but the alderman sponsoring the resolution said the facility would bring jobs that could reduce crime.

“When you talk about jobs and then you try to sneak this in without the community input and then you advertise that as bringing jobs, these are the worst jobs,” said Palaji Venkatesan, who is opposed to the resolution.

A grant of about $4 million was approved for Strauss Brands to move its headquarters from Franklin to Century City Business Park, but those opposed contend they weren’t given any notice, and if this proposal gets the green light, Keith Terry said it would ruin his mother’s neighborhood.

“My mom is 74. She’s been there all her life. I grew up in that area. That area deserves some better rebirth than the slaughterhouse,” Terry said.

Alderman Khalif Rainey sponsored the resolution. He said attached to the development of the proposed facility is the promise of jobs — something his district could benefit from greatly to reduce the level of crime.

The site will also allow for future expansion — employing 250 people initially at Century City but increasing over time.

The resolution now returns to the Zoning Committee for further discussion. That meeting is slated for Tuesday, Oct. 29, and it is open to the public.