Breaking down the directives given to Milwaukee's police chief 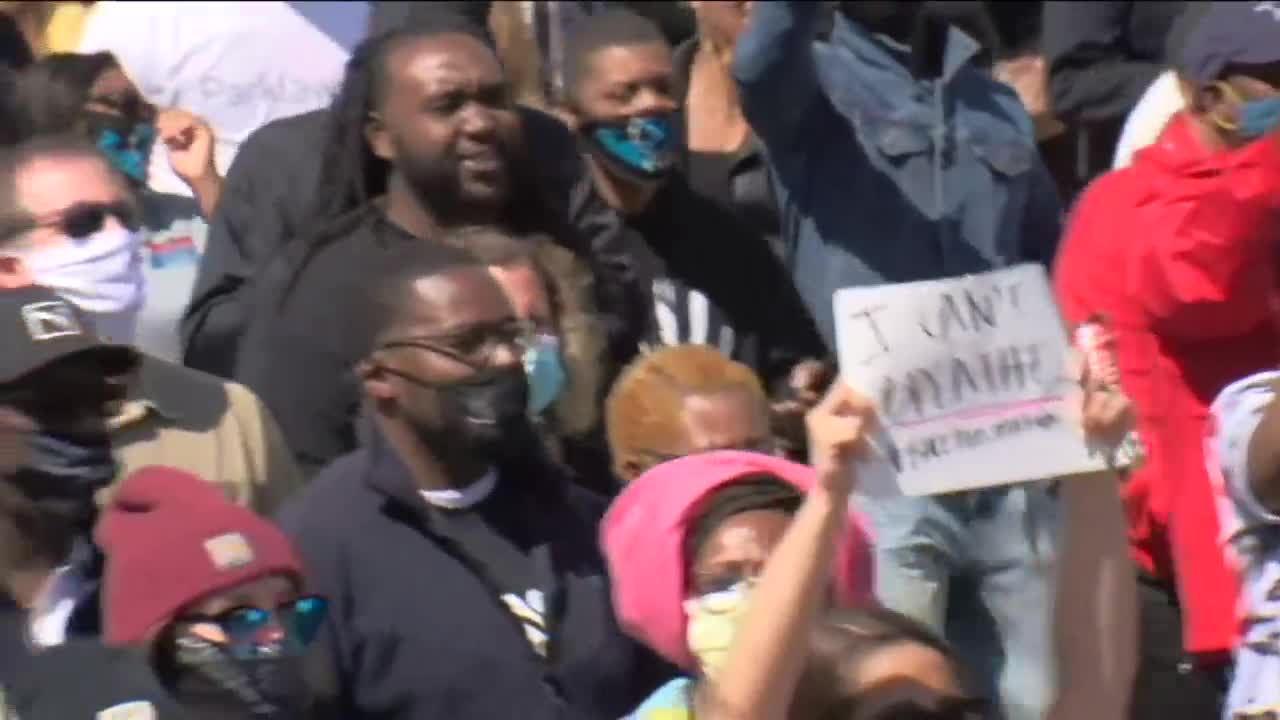 Milwaukee Police Chief Alfonso Morales is under heavy scrutiny after the Fire and Police Commission handed him 11 directives that they want to be implemented immediately.

MILWAUKEE — Milwaukee’s Fire and Police Commission gave Police Chief Alfonso Morales several directives Monday night that he must follow in order to keep his job. Chief Morales and the Milwaukee Police Department said in a statement Tuesday that they would fully comply.

The civilian panel read Morales a broad list of commands Monday night, ranging from requesting department records on high profile investigations to terminating the use of teargas.

You can read the whole list of directives here:

The FPC said it wants to learn more about the investigation into the 2018 arrest of Bucks’ player Sterling Brown, and far more recently, last month’s jailing of community activist Vaun Mayes.

“I deserve some type of response or answer as to what happened with me,” Mayes said.

Milwaukee police arrested Mayes for suspicion of burglary stemming from the civil unrest at 40th and Lloyd. Mayes said he filed a complaint with the FPC after he was released from jail. Mayes believes he was targeted by police for being critical of Chief Morales.

“I’ve had issues with the leadership in law enforcement from Clarke to Flynn and now Morales apparently,” Mayes said.

One major question the FPC wants answered is why Milwaukee police resorted to using teargas and pepper spray at protests last month, particularly at 6th and McKinley.

"There’s no reason for such a heavy-handed response,” said ACLU of Wisconsin Executive Director Chris Ott.

“The chief shall work with the board of the Fire and Police Commission in amending the proper {Standard Operating Procedures} to discontinue the use of chemicals mentioned above,” FPC Executive Director Griselda Aldrete said Monday night.

“Teargas is a very harsh weapon and especially at a time like now during a pandemic when we’re supposed to keep distant from people and we’re all worried about exposure from the air,” said Ott.

Several other directives are meant to create more communication between Morales and the civilian panel. Morales will be required to attend all FPC meetings and allow commissioners to visit his office at their discretion. The FPC also demands police respond to all of its open records requests. Tom Kamenick is an open records attorney with the Wisconsin Transparency Project.

"The commission shouldn’t even have to file a record request, it should just be part of their authority over the police chief to be able to request records and see how well he’s doing his job,” Kamenick said.

The Milwaukee Police Association has been one of Chief Morales’ biggest supporters throughout this process.

"We are extremely happy that Chief Morales has been able to continue as the Chief of Milwaukee. Unfortunately, it comes with a few directives,” Milwaukee Police Association President Dale Bormann said in a statement. “These directives will unfortunately tie the hands of the Chief from what his job is, to protect the citizens of Milwaukee. I am confident that the Chief will get the directives done in a timely manner, if they have not been done so far."

The Milwaukee Police Department also sent TMJ4 News a statement in response to the FPC’s directives: