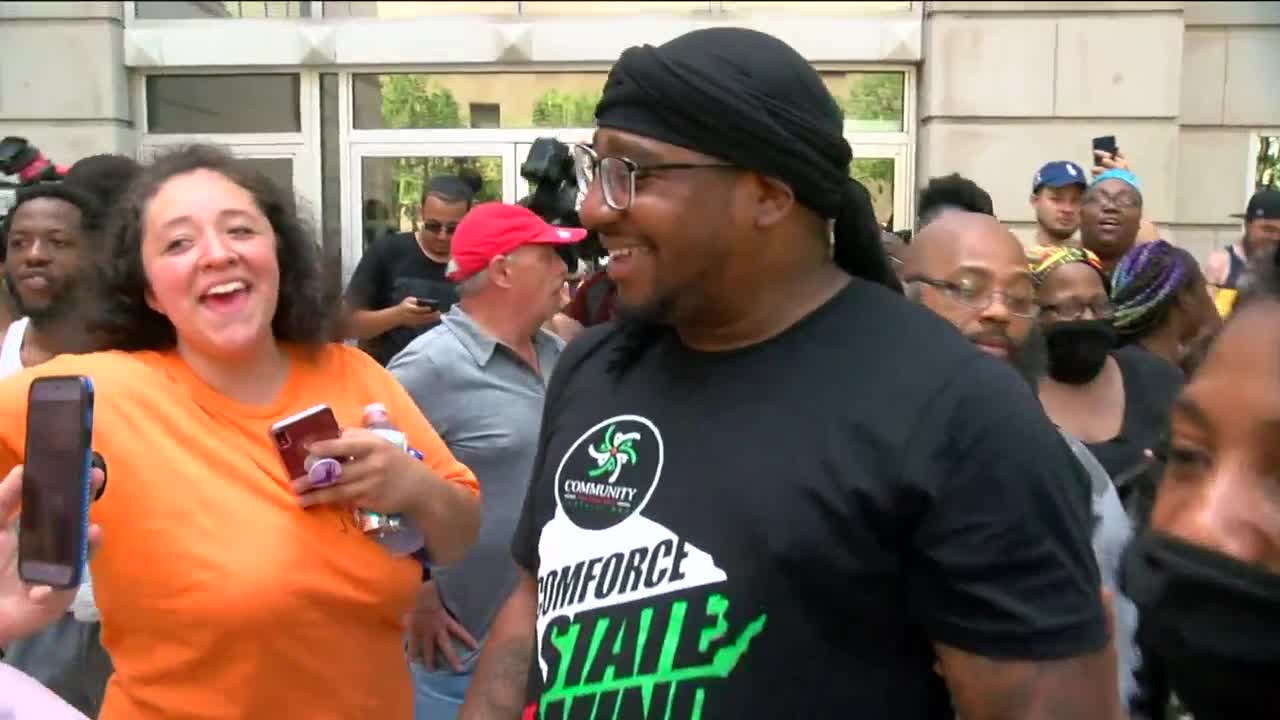 After being presented on charges of burglary as party to a crime and criminal trespass to dwelling earlier Tuesday, the DA's office "has decided to pend [the case] for additional review in the weeks ahead," Chief Deputy District Attorney Kent Lovern said.

Demonstrators had continued to protest Mayes' Monday arrest. Police have confirmed that arrest was related to the recent civil unrest and arson at 40th and Lloyd connected to two missing teenagers.

The group of people started protesting Mayes' arrest Monday afternoon, and continued through the night, setting up camp outside the jail.

Mayes' arrest was streamed live on Facebook by fellow activist Frank Nitty. His supporters say he was only on scene to help find the missing teens, and to stop people from committing violence.

"Why are activists that are fighting for peace, why is Evers saying he wants to put $1 million toward violence interrupters and then you have violence interrupters on the scene trying to interrupt violence, how are we getting charged with crimes?" Nitty asked. "You have the police department right there, standing there letting these people go into buildings and do whatever they want. You have the chief of police there."