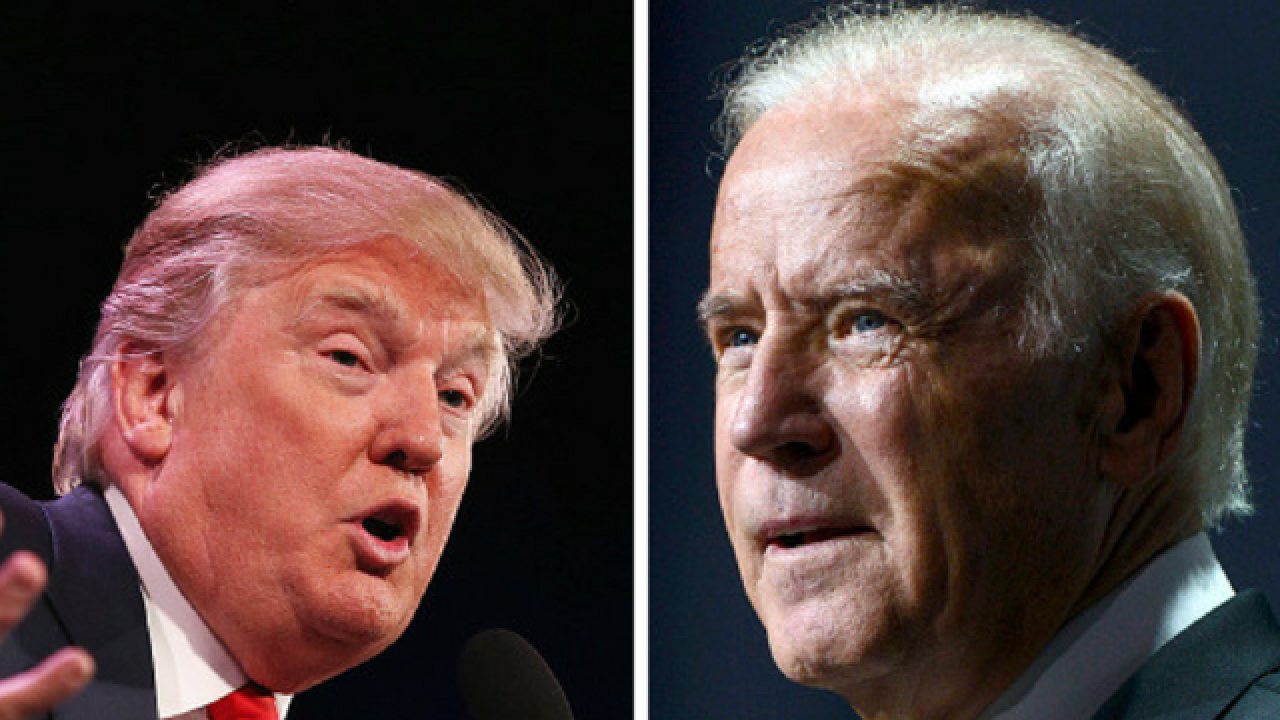 Image copyright 2017 Getty Images. All rights reserved. This material may not be published, broadcast, rewritten, or redistributed.
Donald Trump and Joe Biden

In a statement, Deputy Campaign Manager and Communications Director Kate Bedingfield said that the president "failed once again to meet the moment, refusing to utter the words that Wisconsinites and Americans across the country needed to hear today from the president: a condemnation of violence of all kinds, no matter who commits it."

The presidential visit comes over a week after the police shooting of Jacob Blake sparked widespread protests in Kenosha and across the nation, as demonstrators called for police reform and an end to police brutality.

But following peaceful protests, violence broke out at night and dozens of businesses, cars and other property were burned, broken and stolen. Many Kenosha business owners lost everything they had in their shops. The violence peaked with the fatal shooting of two protesters and the injuring of another.

On Tuesday, President Trump emphasized his support for those business owners as well as law enforcement, though he did admit in a press conference that there are "bad apples" in police departments.

Biden's campaign, though, said the president's visit was not leadership.

“Kenosha is in pain, not only from the tragedy of senseless violence, but from the immense and avoidable suffering wrought by the Trump administration’s failed and reckless management of the COVID-19 pandemic and the economic devastation that has followed. We didn’t hear a word about a plan to finally control this crisis, which has taken the lives and livelihoods of millions of people across the country and throughout the state of Wisconsin," according to the statement from the campaign.

Biden's campaign earlier announced that Biden will be attending in-person events across swing states like Wisconsin. Sure-fire dates have yet to be released.

Deputy Campaign Manager Bedingfield continued in the statement Tuesday: “While disappointing to every American, this sad display comes as no surprise. The Trump administration has outright confessed that they see violence as a winning electoral strategy, never mind the cost to everyday Americans. Trump cannot bring himself to condemn violence that he himself is stoking."

“This is not leadership. As we stand at this critical juncture for our country, Joe Biden is offering a path out of the darkness of Trump’s destructive and divisive presidency. Joe Biden knows that this fight for the soul of our nation must break for the side of unity and light, and we must come together to reject the chaos Trump has inflamed," according to the statement.