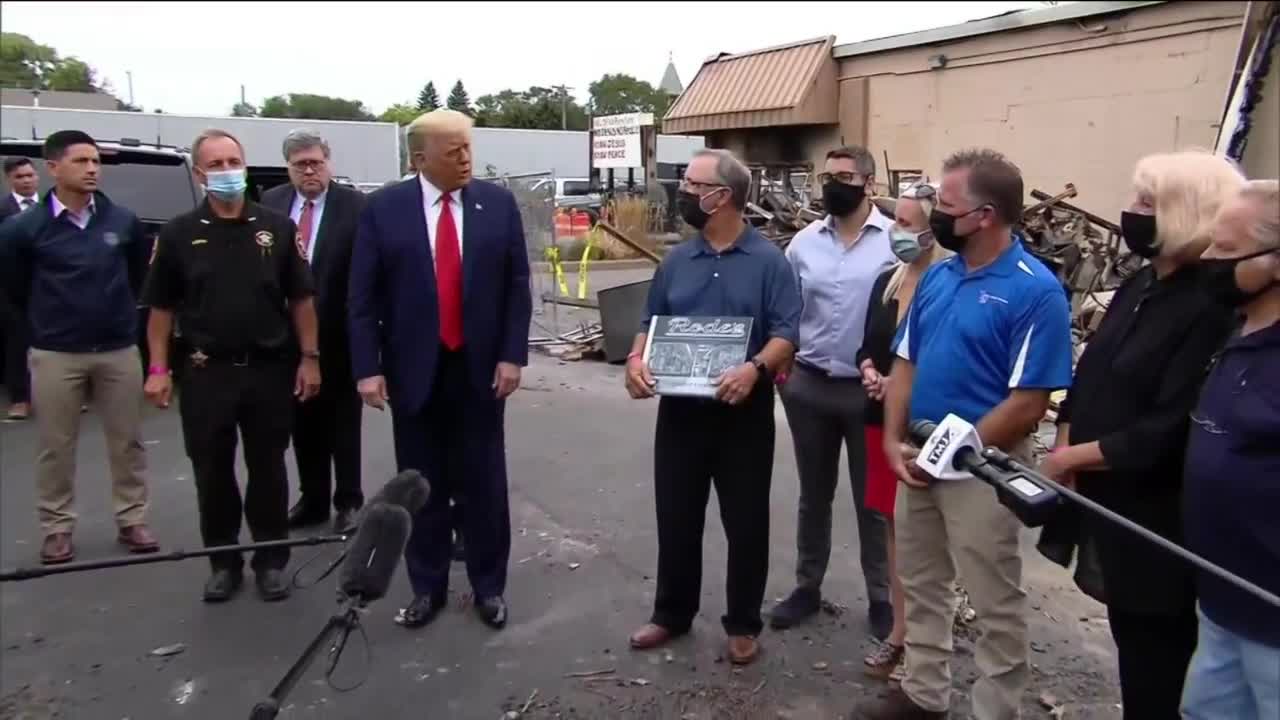 As a part of President Trump’s trip to Kenosha Tuesday, he surveyed some of the damage at businesses impacted by violence early last week following the police shooting of Jacob Blake. 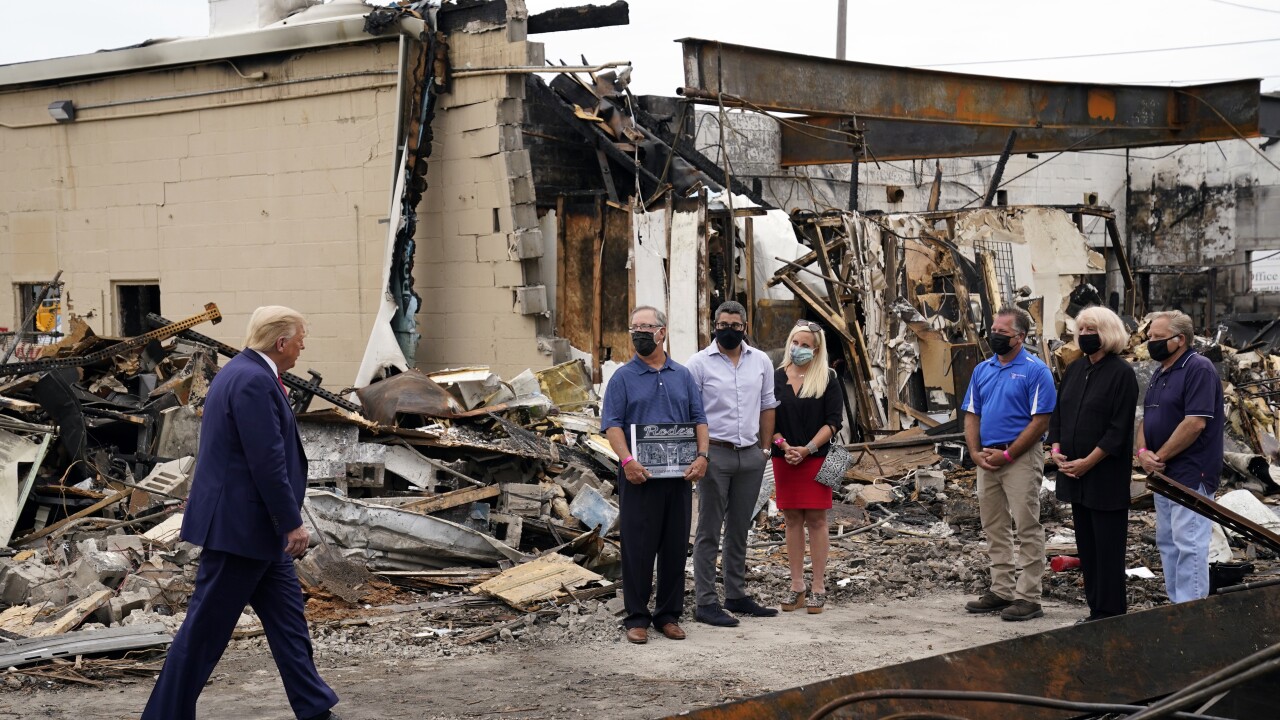 KENOSHA — As a part of President Trump’s trip to Kenosha Tuesday, he surveyed some of the damage at businesses impacted by violence early last week following the police shooting of Jacob Blake.

The president met with a few business owners that were either set on fire or looted, including a former owner of Rode’s Camera Shop, and the owners of Authentique Unique Gifts and Rarities and B & L Office Furniture.

“We’re going to work with you. We’re going to help you,” President Trump said to the business owners. “A thing like this should never happen.”

Scott Carpenter owns B & L Office Furniture. His family business at 11th Avenue and 60th Street went up in flames the night of Aug. 24. They’ve been at the location for 32 years. The business has been around for 42 years.

“To show up and see everything just in ruins, everything from major pieces of furniture to a screwdriver, it’s all gone,” Carpenter said.

He got the call from the White House on Monday that the president would stop by his shop during his trip to Kenosha Tuesday.

Carpenter said he wishes he could have spent more time with him to share his family’s story, but still said it was an experience he won’t forget.

“I was all ready to say things, but I was still in just awe over who was actually standing in front of me. This is our president. You know he’s the chief and the leader of our nation,” Carpenter said.

He felt the president understood what they’re going through.

“Because he is a businessman and he’s had businesses and to see your business in ruins, I believe his heart was in it for the right reason, you know he felt us, he felt our pain,” Carpenter said.

Carpenter said he’s still able to run his business right now. They have a warehouse that allows them to keep working. As for the shop, he hopes to rebuild in some way, even if it’s at a different location.