The I-Team examines how it's practiced on the street 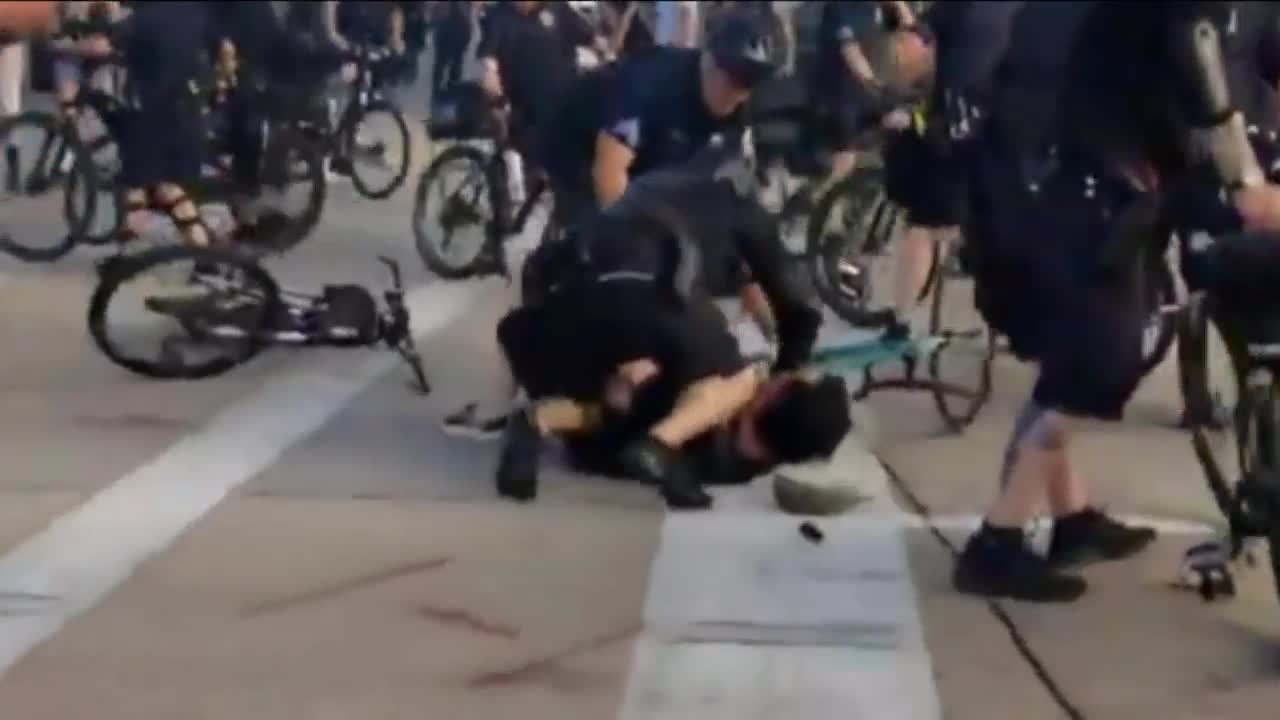 How does the Milwaukee Police Department police itself? There is a 'Duty to Intervene' order that requires police to stop abuses of power but does that happen? 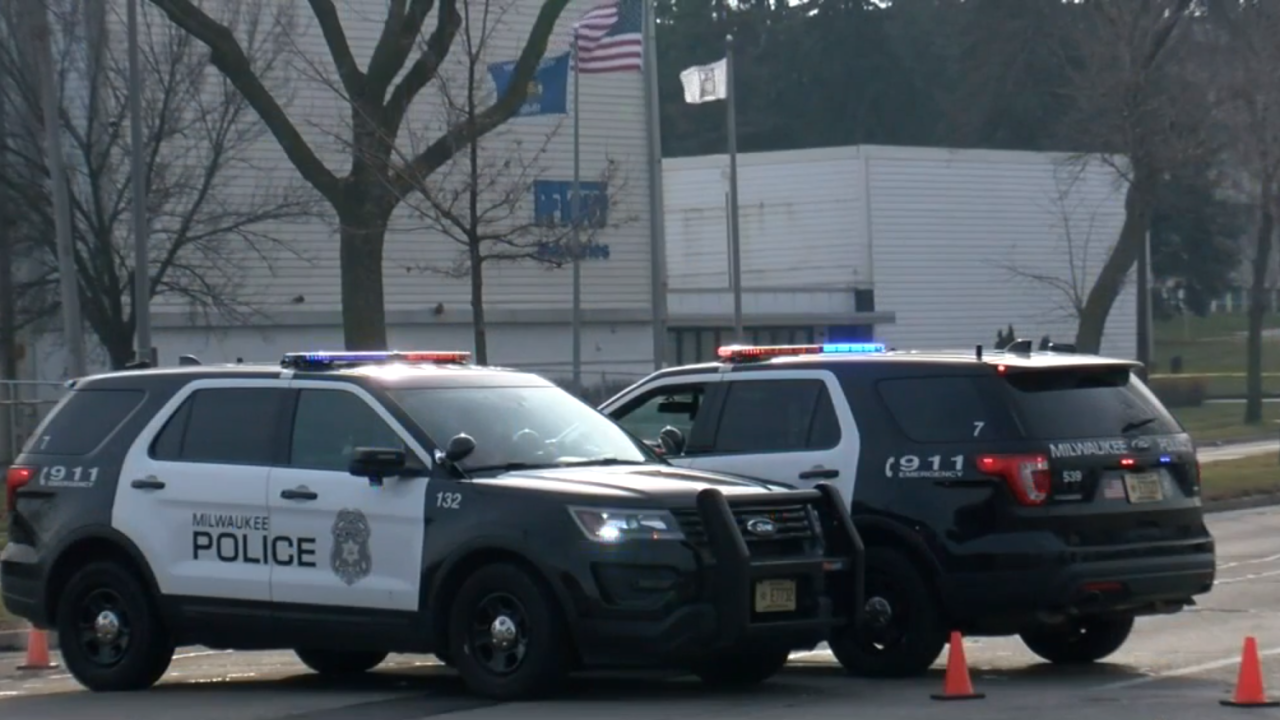 MILWAUKEE — As Minneapolis Police Officer Derek Chauvin knelt on the neck of George Floyd, three other officers on the scene, J Alexander Kueng, Thomas Lane, and Tou Thao, did not stop him, despite a police policy in place that required them to do so.

Milwaukee police have the same policy in place, called a "duty to intervene."

One of the enduring moments of the June Black Lives Matter protests here in Milwaukee was a scene at 6th and McKinley, as a swarm of officers took down a protester to arrest him.

The arrest is an issue for the MPD after an officer allegedly put his knee on the neck of the protester, Cameron Murdoch. A potentially deadly move that no officer tried to stop.

"They're told this is the way we do it," said attorney Flint Taylor. "If they don't do it that way they are internally castigated."

Taylor along with Ben Elson of the People's Law Office in Chicago have worked a number of cases involving the Milwaukee Police Department. They say what happened at 6th and McKinley is ingrained in MPD culture.

"They learn from a very, very early time about the culture, about the fact that you don't "rat" on your fellow officers," Taylor said.

"None of them did anything to intervene or to protect that protester," Elson said. "That is the 'code of silence' in action."

Milwaukee police's duty to intervene policy states that if an officer is using excessive force, other officers on the scene, "... shall reasonably attempt to intervene to prevent the use of such excessive force.." and, "a failure to intervene in any unreasonable use of force, when there is an opportunity to do so, demonstrates a lack of courage, and a violation of the Code of Conduct."

Morales tells us the policy has teeth, and officers can be disciplined or fired if they don't act.

"There's a disciplinary part there for that member that partner that chooses to ignore a partner that may be acting inappropriately or is doing something and but of misconduct," Morales said.

The I-Team requested records from the police department and from the city's fire and police commission to see reports filed by officers who saw their brothers and sisters in blue step out of line, as well as the number of times officers were disciplined for not acting. So far MPD has given us nothing.

Common Council members asked to see those same records in a Public Safety Committee meeting last month. When Alderman Khalif Rainey asked about it, he was told police don't keep track of how it's enforced.

"We're turning it into something that it's not," MPD Inspector Terrence Gordon told the committee last month. "It's simply a term. It's not a data point. It's not something that we would capture in a report."

"This is something that should be created into a data point," Rainey responded. "I think it's worthy of monitoring. I think that ultimately that these types of incidents lead to something major."

Taylor says a lack of transparency only bolsters the "code of silence."

"If it's not looked over by the people in charge politically then what happens on the street is the opposite of what they're trained," Taylor said.

"You've got to step in. Your human nature and human dignity and the things that the differences, you know, between right and wrong should become overpowering in situations like that," said retired MPD Assistant Police Chief Ray Banks.

Banks says the "code of silence" label is unfair to officers who follow their duty, and that the public would be surprised how often it happens.

"There's a lot of intervention that does occur on the street right now, where officers are relating to the partners and they're stepping in and doing things, but it's just not magnified in the same way as it does when it doesn't happen," Banks said.

When it doesn't happen, citizens get hurt, police departments get sued and police tensions get frayed, like in Minneapolis where three officers stood there while another put his knee on Floyd's neck for nine minutes.

"If someone would have taken maybe two to three seconds to intervene with George Floyd, he would still be alive," Banks said.

In Floyd's case, Chauvin was the training officer. Two of the other three officers were young recruits. Taylor and Elson argue young officers won't step up to a more seasoned officer breaking the rules.

"The 'code of silence' and the failure to intervene is something that is so entrenched in police departments and in the Milwaukee police department specifically, that just having an SOP (standard operating procedure) on it is not going to change things," Elson said.

"A. It saves lives. B. It saves jobs. C. It keeps people out of prison and, D. It improves police and community relations," Banks said.

Exhibit A, the arrest at 6th and McKinley. Murdoch is now suing the department for what happened there. The Fire and Police Commission have demanded answers about it from the chief. The lawsuit could cost taxpayer dollars. The FPC investigation could cost Morales his job.