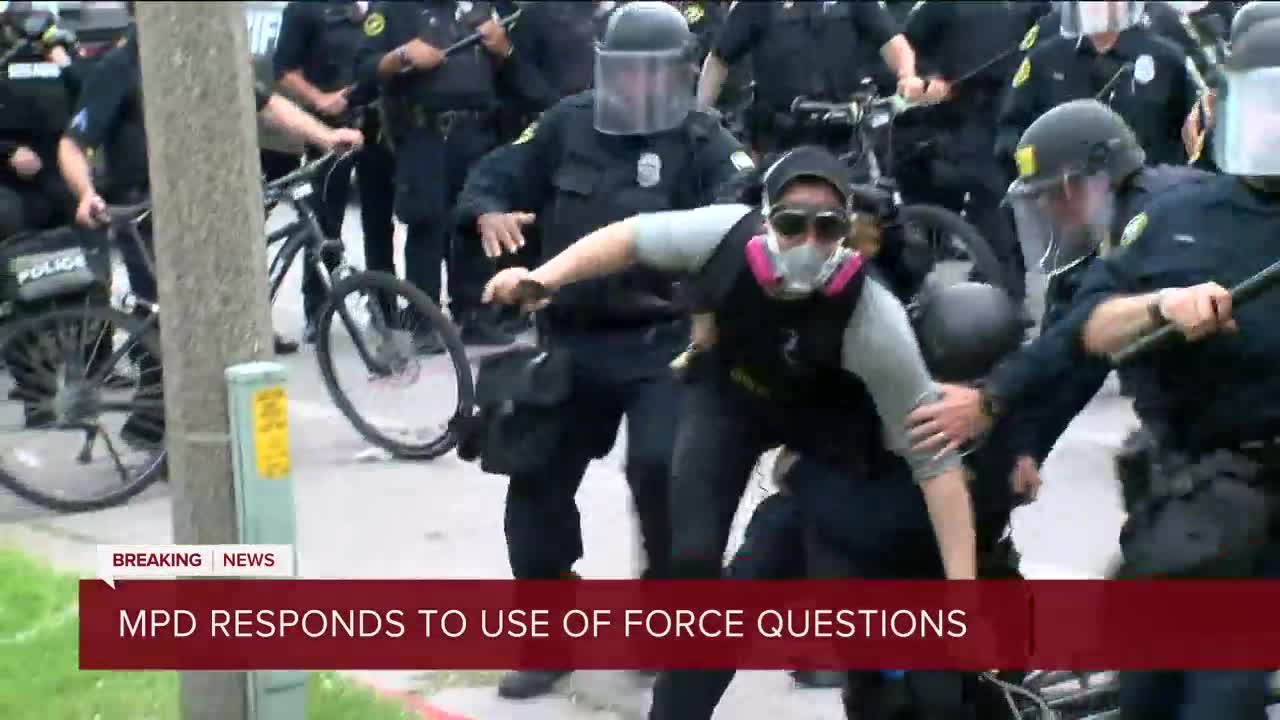 Milwaukee police are responding to a viral video of an arrest of a protester on Tuesday night.

MILWAUKEE — The Milwaukee Police Department is responding to a viral video of a protester being arrested on Tuesday evening.

The video, captured by TMJ4 News, showed Milwaukee police arrest a protester on a bike just after 7 p.m. near 6th and McKinley on Tuesday.

Tense moments as protesters and police stand off in Milwaukee

Milwaukee police said several protesters had attempted to surround and block squad cars that were monitoring the demonstration. Police said the man seen in the video on the bike was the "main suspect" and tried to take him into custody. The man pulled away and caused his bike to fall, when police said a "brief struggle ensued."

Milwaukee police said force was used in order to gain compliance. The man, 28, was cited for disorderly conduct and released.

The force utilized by officers during this arrest is now under review, Milwaukee police said.